Social Media
Writing Up the Ancestors http://writinguptheancestors.blogspot.ca/ Janice Hamilton writes about her family (James Hamilton) who emigrated from Scotland to Upper Canada and the United States.

News Articles
Sikh Heritage Month http://www.sikh24.com/2013/12/april-is-sikh-heritage-month-in-ontario-as-ndp-mpp-jagmeet-singhs-bill-passes-final-reading/#.UqhdldJDvKo April has been designated as Sikh Heritage Month in Ontario, the bill passed final reading in the legislation this month.

Oversized map brings history to life http://www.simcoe.com/news-story/4264251-oversized-map-brings-history-to-life/ The newspaper reports that “Students at Huron Park Public School follow in the footsteps of Laura Secord, Sir Isaac Brock and other historical figures on an 88-square-metre map produced by the Royal Canadian Geographical Society, with the support of Canadian Heritage”. What a cool idea!

Dave Obee: At 155 years, we offer a fresh look at the past http://www.timescolonist.com/news/world/dave-obee-at-155-years-we-offer-a-fresh-look-at-the-past-1.754516#sthash.p1gk7W1G.dpuf Dave Obee tells us that they now have expanded the digitization project to include all of the Colonist issues from 1910 to 1920, which means that the newspaper now covers the First World War.

Conservatives ask public how we should celebrate Canada’s 150th anniversary in 2017 http://news.nationalpost.com/2013/12/11/conservatives-ask-public-how-we-should-celebrate-canadas-150th-anniversary-in-2017/ The Heritage Department is asking us how we want to brand the 150th Anniversary of Canada? 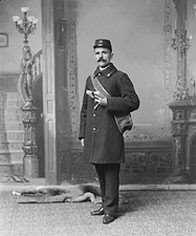 I suppose everyone has heard of the changes coming to Canada Post – eg the elimination of door-to-door delivery, but how many of us know the history of the post office in Canada.

It all started in 1755, the first post office in Canada opened in Halifax. It was started so that military communication could be improved between Britain and North America, so the British started a monthly packet run to New York. From there, any available vessel carried mail to Halifax, until 1788, when regular packets called in the port.

And did you that one of the first databases to be put on the Library and Archives Canada website was the http://www.collectionscanada.gc.ca/databases/post-offices/index-e.html.

For additional information, you can go to http://www.collectionscanada.gc.ca/archivianet/0201/020129_e.html which is also at the Library and Archives Canada website and they have Canada Post Publications, biographical notes about the people who have created stamps used by Canada Post, and the government files about the post office.