History
On 18 November 1883, the first operation of Standard Time in North America began at midnight in eastern Nova Scotia. Scottish-born Sir Sandford Fleming played a major role in introducing the concept around the world.
To further read about Sir Sandford, go to http://www.thecanadianencyclopedia.ca/en/article/sir-sandford-fleming/
=============================================
On 18 November 1929, an earthquake in Cape Breton sent a 15-metre tidal wave onto Newfoundland's Burin Peninsula. The wall of water killed 28 people (27 then, and one years later) and did $20 million (2004 dollars) in damage and loss.
For more, see http://www.earthquakescanada.nrcan.gc.ca/historic-historique/events/19291118-eng.php
Be sure to read "Not Too Long Ago...Seniors Tell Their Stories" at the bottom of the page http://en.copian.ca/library/learning/ntla/ntla.pdf.
Social Media
(Photos) Stone cottage built in the 1700s is a testimony to Quebec's history
http://montrealgazette.com/life/homes/stone-cottage-built-in-the-1700s-is-a-testimony-to-quebecs-history
This south-facing, small stone cottage on Gouin Boulevard in Ahuntsic-Cartierville speaks volumes about the quality of ingenuity of old construction methods.

(Video) From the CBC archives: Nonsuch arrives in Winnipeg in 1973
http://www.cbc.ca/news/canada/manitoba/from-the-cbc-archives-nonsuch-arrives-in-winnipeg-in-1973-1.2841284
Nov. 19, 1973, a truck transported the replica to its permanent home: a museum gallery that was being built for the two-masted ketch. The museum would receive the Nonsuch, a replica of the 17th-century British ship that led to the creation of the Hudson's Bay Company and the opening of western Canada to commerce.

HISTORY: An old Kings County militia badge
http://www.novanewsnow.com/Opinion/Columnists/2014-11-20/article-3944074/HISTORY%3A-An-old-Kings-County-militia-badge/1
A rare Nova Scotia volunteer militia badge that may have been worn by farmer soldiers in Kings County over 150 years ago.

Local recipients receive culture and heritage art awards
http://www.trurodaily.com/News/Local/2014-11-21/article-3948003/Local-recipients-receive-culture-and-heritage-art-awards/1
The ninth annual Creative Nova Scotia Awards were presented during a special ceremony at the Seaport Market in Halifax on Thursday. The event, with the theme ART is Everywhere!, was organized by the Creative Nova Scotia Leadership Council and Arts Nova Scotia.

Hundreds gather in Purlbrook to see off Nova Scotia tree for Boston
http://atlantic.ctvnews.ca/hundreds-gather-in-purlbrook-to-see-off-nova-scotia-tree-for-boston-1.2105604#ixzz3JRnb0amg
Hundreds of students and community members gathered in Antigonish County Monday morning as Nova Scotia’s tree for Boston was cut down and wrapped before starting its journey across the border.
John and Ethel Ann MacPherson of Purlbrook, N.S. are donating their 55-year-old, 13-metre white spruce to Boston this year.

Ontario
War declared by telegram in 1914
http://www.ingersolltimes.com/2014/11/21/war-declared-by-telegram-in-1914
Oxford Remembers Oxford's Own – a series of 100 events planned throughout Oxford County between 2014 and 2018 to commemorate the 100th anniversary of the First World War.

Charlie Chaplin – A Canadian Sidebar in History
http://www.netnewsledger.com/2014/11/20/charlie-chaplin-a-canadian-sidebar-in-history/
A sidebar in history about Charlie Chaplin’s earliest North American tours with Fred Karno’s Travelling Show in Canada venturing all the way to British Columbia is an alluring time. An interesting story.

City of Saskatoon wants more heritage properties
http://www.cbc.ca/news/canada/saskatoon/city-of-saskatoon-wants-more-heritage-properties-1.2837349
The Municipal Heritage Advisory Committee has started building a historic buildings registry, listing all of the historically important buildings in the province.

Simons: Financial woes halt construction of Ukrainian museum
http://www.edmontonjournal.com/Simons+Financial+woes+halt+construction+Ukrainian+museum/10403819/story.html
The Ukrainian Canadian Museum and Archives of Alberta was supposed to rejuvenate two of Jasper Avenue’s most important Edwardian buildings, kick-start the redevelopment of The Quarters, and provide a marvellous place to preserve and celebrate Alberta’s rich Ukrainian heritage.
But now, two years after construction began, the museum, which was supposed to open this spring, is in trouble.

Winners Announced for BC's Best Building Contest
http://www.kelownanow.com/news/bc_news/news/Provincial/14/11/17/Winners_Announced_for_BC_s_Best_Building_Contest
The contest, by the Architecture Foundation of British Columbia marked 100 years of architecture as a profession in BC. More than 450 nominations from around the world were received and the judges have decided on the winners.

B.C. thanks veterans with 50,000 licence plates in 10 years
http://thenelsondaily.com/news/bc-thanks-veterans-50000-licence-plates-10-years-34518#.VGuc1sVdU8A
The Province is celebrating a decade of commemorative licence plates honouring Canadian veterans in British Columbia. Since the program launched in 2004 on the 60th anniversary of D-Day, more than 50,000 veterans have been recognized with the licence plates. 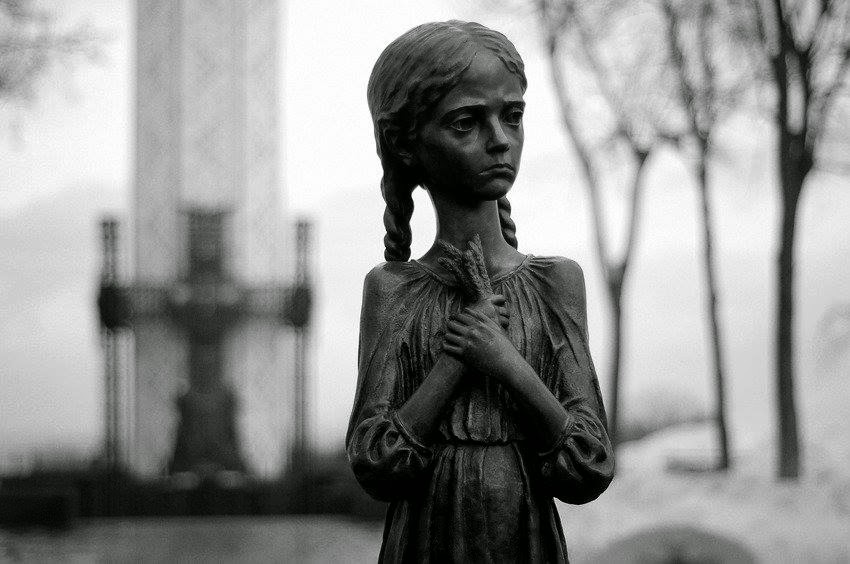 Memorial to Holodomor Victims in Kiev, Ukraine
81st Anniversary of the Holodomor

The Holodomor, meaning "death by hunger" in Ukrainian, refers to the great man-made famine of 1932-33 that wiped out millions of Ukrainians. It was recognized by the Canadian government in 2008, when millions of people starved to death.


"Today is Holodomor Memorial Day, a somber occasion when people around the world remember the forced starvation of millions of Ukrainian men, women and children in 1932 and 1933 by Joseph Stalin’s tyrannical communist regime."

An estimated three to 3.5 million people died of starvation that year, and the famine was caused by agricultural embargoes and economic blockades in Soviet Ukraine that literally starved people to death.

Last year, on the 80th anniversary of the Holodomar, eighty stories were collected from the people who survived the famine, and they are shared on the Share the Story website at http://www.sharethestory.ca/index.html