On February 9, 1865, two years before Confederation, Thomas D’Arcy McGee made an impassioned speech recommending “Canada” as the name for the new union between Ontario, Quebec, New Brunswick and Nova Scotia.

To read a very good account, go to http://www.pc.gc.ca/apps/cseh-twih/index_e.asp

When Kootenai Brown first came to the Waterton area of southern Alberta, people told him about oil seepage along what is today called Cameron Creek.

Brown told other local ranchers of the find, and on 12 February 1901, the Rocky Mountain Development Company was incorporated to drill for oil.

Although short-lived, Rocky Mountain Development No. 1 was Western Canada's first producing oil well and the birthplace of today's oil industry.

To read more about this, go to https://en.wikipedia.org/wiki/History_of_the_petroleum_industry_in_Canada

Totnes is included in an international celebration linking Devon, New­foundland and the man from Compton who is said to have founded the British Empire.

The Nova Scotia Archives is asking people to check their old stacks of newspapers to help them piece together a part of the province's history.

The Clarion, based in New Glasgow, N.S., was one of the first newspapers published in the province specifically for the black community.

A manor built in the community of Newport Landing has netted a great deal of attention for its historic qualities — and a $435,000 price tag.

The Mounce Mansion on Avondale Road is listed by Eastern Valley Real Estate Ltd., and has a grand history to go with it.

The Black Loyalists were the approximately 3,000 African-American supporters of the British during the American Revolution who were repatriated to British Canada at the end of the conflict. Most settled in Nova Scotia and established what would be, for decades, the largest concentration of black residents in Canada and what was at the time the largest settlement of free blacks outside Africa.

Editor's Note: There are several historical inaccuracies in this article. The Black Loyalists came to Port Roseway (Shelburne) in the summer of 1783, not Halifax. There is the Black Loyalists Heritage Centre in Birchtown, right next to Shelburne, with many exciting programs, and the website is http://blackloyalist.com/ Personally, I am from the area, and my genealogy refers to Black Loyalists. - Elizabeth

On Monday, Feb 13, Dr. Catherine Cottreau-Robins, curator of archaeology for Nova Scotia Museums, will present a lecture at 6 p.m. in BAC 132 entitled, ‘The archaeology of slavery and freedom in Nova Scotia.’


Segregation 'even after death' for African Nova Scotians, researcher says

A researcher of African Nova Scotian history says shocking examples of systemic racism can be found in the histories of the province's cemeteries, where "even after death, there was segregation."

The two surviving Dionne quintuplets are urging officials in northeastern Ontario to preserve the home where they were born, suggesting there is a "moral obligation" to safeguard a part of Canadian history.

“Legacies of Confederation: A New Look at Manitoba History” highlights iconic artifacts and specimens from the museum’s vast collection, as well as some loaned items including the seldom seen walking stick used by Louis Riel and a Treaty document dating to 1875.

When The Empire Strikes Back was playing at Saskatoon's Towne Cinema in 1980, it was the hottest ticket in the city, and Mike Fisher was a sleepy little boy out for a night at the movies with his mom and dad.

'We have been here for a long time': group promotes black history in Alberta

Debbie Beaver is a fourth-generation Albertan who gets tired of people asking where she’s from.

The answer is a farm near Barrhead, but it doesn't satisfy most who ask, she said.

“They would say, ‘Well, before that, where was your dad from?’” she said.

“Well, my dad was born in the same place.”

A group of students and staff from Delta Secondary will be a part of history in April with a trip to Vimy Ridge to coincide with the 100th anniversary of Canada's military victory. The trip is through Education First tours with the focus being attending the anniversary ceremony alongside thousands of other students from across Canada.

Our history is harder than you think

No, it’s not getting up earlier, getting early morning nutrition or going for a run or anything sensible like that. 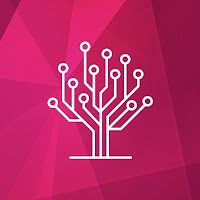 Remember last week when I told you that I was wishing Louis Kessler all the luck in the world with his invention to be debuted at the Innovation Summit on Friday at RootsTech 2017 in Salt Lake City???

His invention, which is called Double Match Triangulator, placed third.

I communicated while him late on Friday, and he was “thrilled”.

So congratulations, Louis. We wait to hear more news about your invention, and your continued good luck!

His blog is at http://www.beholdgenealogy.com/blog/

The Archives of Ontario is always ahead of the latest news, and now, they are doing their share of getting their records on your computer and mobile devices by spotlighting people from Ontario in the next 150 days by Twitter.

Sponsored by Elizabeth Lapointe Research Services. To learn more about the research services offered by ELRS, go to www.elrs.biz.


(c)2017 All rights reserved.
Posted by Elizabeth Lapointe at 5:02 AM 8 comments: Links to this post