The International Gathering of the Clans, 2015 will be held in Nova Scotia 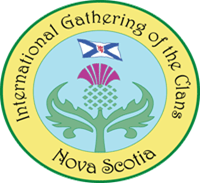 I couldn’t think of any better place than to hold the International Gathering of the Clans in Nova Scotia – New Scotland!
It will take place from July the 1st to July 25th , and there will be events in Pugwash, New Glasgow, Antigonish, Yarmouth, and Halifax.
July 1st will begin with a flag raising ceremony at the Pugwash Gathering of the Clans, and the Official Opening will be held in Halifax on July 3rd at the Grand Parade.


The Royal Nova Scotia International Tattoo in Nova Scotia will be running during the first week with acts from all over the world.

It’s the ONLY news blog of its kind in Canada
Posted by Elizabeth Lapointe at 10:14 AM No comments: