On 17 December 1783, the first issue of the newspaper, The Royal Saint John Gazette and Nova Scotia Intelligencer, was printed for the first time.

You can access this newspaper on the New Brunswick Archives site at http://archives.gnb.ca/ResearchTools/NewspaperDirectory/Default.aspx?culture=en-CA&Tab=5

He wrote the adventures of Sam Slick in the Clockmaker series that had first appeared in the Nova Scotia newspaper, the Novascotian.

He later settled in England, and died there in 1865.

For more information, you can go to https://en.wikipedia.org/wiki/Thomas_Chandler_Haliburton 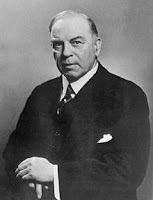 On 14 December 1944, during the Second World War, Canada called for conscription in fighting the war.

Prime Minister Mackenzie King called for the conscription of 16,000 more men, and this stirred up resentment and opposition in Quebec.

You can read about conscription in the newspapers of the day at http://www.warmuseum.ca/cwm/exhibitions/newspapers/canadawar/conscription_e.shtml

(Video) What are you at? Darryl Chislett's vintage model ships

One of the most famous explorers in Canadian history based one of his first major expeditions out of Huronia.

Samuel de Champlain was known for his map-making skills, his toughness, and his organizational skills, as well as his ability to remain optimistic during even the most trying times. In addition, unlike most Europeans, he was relatively progressive in his ideas about natives – as long as he saw them as allies.

Last week Finance Minister Bill Morneau and Bank of Canada Governor Stephen Poloz announced that the first Canadian woman to be featured on the $10 bill would be Viola Desmond, a civil rights activist from Nova Scotia.

A new Dalhousie University course launching this winter will take students on a voyage through more than 400 years of African Nova Scotian history.

From Chinese to Canadian: Archive Project documents the integration of Chinese immigrants into Canada's mainstream

From the beginning, Chinese immigrants to Canada had an arduous odyssey of grudging tolerance and outright racism as cheap (usually the cheapest) labour in the 1800s.

Last week was the 75th anniversary of the Japanese attack on Pearl Harbor. Amid commemorations of the Americans killed in the attack, as well as the brutal war that followed, also came a solemn remembrance of how the United States interned coastal Japanese-American populations that it wrongly believed were a dangerous fifth column.

Genealogy is one of the biggest reasons people visit archives. This is true for archives as big as the Archives of Ontario and as small as the Archives at the Whitby Public Library.

How a Canadian Invented Basketball

Unlike sports such as baseball, football and hockey that evolved slowly into the games fans know today—basketball sprung forth from a singular inventor’s imagination. Find out how a Canadian with just a pair of peach baskets, an old soccer ball and 13 typewritten rules invented one of America’s favorite pastimes, and find out how different the original sport was to the one played today.

ABHAYJEET Singh Sachal from Delta’s Seaquam Secondary School is among the 17 high school students and the only Indo-Canadian to have won the prestigious Vimy Pilgrimage Award. He will travel to Europe in April to learn about Canada’s First World War legacy and participate in the commemorations for the centennial of the Battle of Vimy Ridge.

From the Archives: Manitoba farmers vote to strike

The Western Producer takes a weekly look at some of the stories that made headlines in issues of the paper from 75, 50, 25 and 10 years ago.

Clark wants committee to have final say on civic names

What’s in a name?

Saskatoon’s new mayor wants to change who has the final say on the city’s civic naming process to allow for better community representation in the names of city streets and facilities.

Finally, some respect for women in Canadian history

Pieces of people's lives, memories and experiences currently on display at the Museum of Vancouver are offering a rare century-old glimpse into the city's past.

The objects are part of the Major James Matthews collection, and they present a snapshot of what Vancouver was like before it was even incorporated.

I’m not sure what’s more disturbing: the fact I didn’t know who Viola Desmond was until last week, or that I was unaware that Canada had racially segregated movie theatres as recently as 1946.

This Week in New Brunswick History

Do you know that New Brunswick (Canada) has website devoted to putting the province's history online in a time line?

And that's not all, you can search 2,271 historical images of New Brunswick by simply putting in a search word, say, the capital city of Fredericton.

So to read more of what this site has to offer, go to http://www1.gnb.ca/0131/en/heritage/thisweek-e.asp

Have you ever gone to the site OurDigitalWorld? 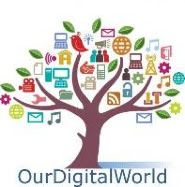 There are many older newspapers online that you should be aware of, and they are searchable. On their website, they say that they have the “Largest collection of Ontario Community Newspapers online, from 1810 to present day”.

This month they have put on a complete set of newspapers from Clarington, Ontartio which now joins 150,000 pages from Orono, Bowmanvile!

And coming soon there will be more Kawartha Lakes 150,000 pages from Lindsay to Bobcaygeon and Omemee!

This is a fantastic place to go to when you need to read about your ancestor's lifes in the villages and towns in Ontario.