Saturday was going to be a fun day because I was going to hear the lectures about the "Canadian Genealogy Centre" by Sara Chatfield, "Getting the Most from City Directories ..." by Mel Wolfgang, and Terry Findley's talk on "Cold Case: Hot Tips" plus go around to various vendors and talk to them to see how business was in the Marketplace. And if I had time, I wanted to go to the computer room to see how things were going there.

The first lecture I went to was one given by the LAC's Sara Chatfield on "The Canadian Genealogy Centre in 2009". 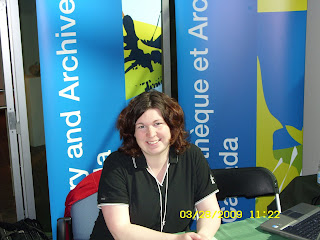 Sara Chatfield of Library and Archives Canada
Credit: J.M. Lapointe, CD
First, the room was too small, with all the people that were there. Exta chairs were needed to take care of those that came to this very popular session, and for those that popped in after it began. Luckily for those left standing, OGS volunteer Heather Oakley—ever cheerful—came through with a bunch of chairs, and they were very much appreciated!

So we settled down to hear her talk on the Centre and what was new for 2009.

Sara said that since the large databases have already been put online, they are busy now putting on the smaller ones, and filling in the gaps in the databases already online.

When asked about newspapers, she said there weren't any plans to put them on right away, which left a few of us with a somewhat unsatisfied feeling.

She also said that "tagging" was becoming more important (adding your own comments to photos and videos on YouTube.com and MySpace.com, for example) on the new Web 2.0.

There were lots of questions, especially about how to get in touch with the LAC through email. People also seemed to be a bit confused as to the available hours, and how to use the website correctly.

I then took a break (I will write about whom I visited tomorrow) until just before one o'clock, and then I went to hear Mel Wolfgang talk about "Getting the Most from City Directories ...", in which he traced the development of the directory throughout the ages. 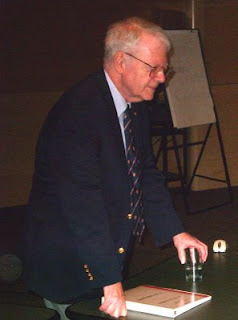 
Credit: J.M. Lapointe, CD
In Canada, you can go to the Canadian Directories, 1790-1987: a Bibliography and Place-name Index. Ottawa: National Library of Canada, 1989 (3 vols) and it will give you the complete listing of directories in Canada.

Directories are very useful in the "in-between" census years, for it can tell you where they were living, what they were doing, etc.

Mel said to take the time to discover the various sections of the directories because you can learn about local government, churches, and fraternal groups. He says that you can learn much by "digging deep down" in directories.

At the end of the day, it was time to hear Terry Findley talk about "Cold Case: Hot Tips" where he discussed several instances in his own family history where he thought he had a "cold case", but through the use of "hot tips", was able to solve the mystery. 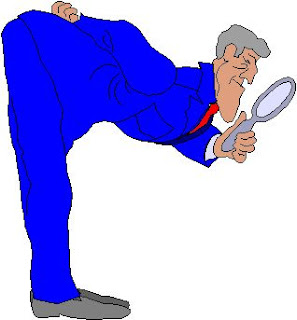 Some of the points he made were -

• Review your notes - you may have copied down the wrong placename
• Think the process - the process of seaching for someone
• Believe that the information is there - you just have to look for it
• Be aware of oral family history - often times itis folklore
• Always be aware of unsourced family histories - where did they get those dates from
• Always check the back of pictures - is there anything written on the back of it
Posted by Elizabeth Lapointe at 6:15 PM No comments: Links to this post