Diaries are the "meat and potatoes" of genealogy

Diaries are the "meat and potatoes" of genealogy. They bring your ancestors to life with the stories they have to tell.

So from April 20th until June 20th, visitors to the Lambton Heritage Museum, located at 10035 Museum Road, R.R. #2, Grand Bend, Ontario, can view “A Lifetime – Day by Day, Five Women and their Diaries”, on loan from the Archives of Ontario.

The five panel exhibition provides important insight into the everyday lives of early Ontario pioneer women during the last half of the 19th century.

The women featured are -

•Martha Hastie, “Marty”, the daughter of a Presbyterian Minister who started her diary at the age of 13.

•Katherine Beatrice Edgar, whose father was a Member of Parliament, kept a journal of the many social events and activities she enjoyed when her family lived in Ottawa.

•Phoebe Holden Gregg’s journal spans several stages of her life – from her marriage in 1849 to the last entry at age 62 in 1893.

•Bessie Gregg Stewart, Phoebe’s daughter, also began her diary on the day of her marriage. She wrote her diary in Clinton from August to December of 1880.

•Frances Tweedie Milne wrote her diary when she was 18 and living on her mother’s farm in Whitby.

Since this is a travelling exhibit by the Archives of Ontario, contact your local museum to see when it is coming to a facility near you.

If you missed this week’s edition, it is at http://genealogycanada.blogspot.com/2015/04/canadian-week-in-review-20-april-2015.html
It’s the ONLY news blog of its kind in Canada!
It has been a regular post every Monday morning since April 23, 2012.
Posted by Elizabeth Lapointe at 4:30 PM No comments: Links to this post 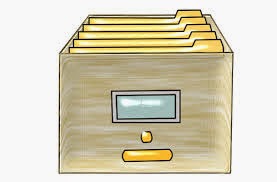 The Archives of Ontario’s newest release of historical vital records is now available on microfilm in our reading room and through microfilm interloan service.

Vital Statistics are some of our most heavily used records, and are a highly valuable tool for genealogical research.

The newest release covers registrations for Ontario births from 1917, marriages from 1932 and deaths from 1942, as well as all indexes.

For research help on Ontario Vital Records is at https://familysearch.org/learn/wiki/en/Ontario_Vital_Records

Check the Canadian Week in Review every Monday morning for the latest in Genealogy, Heritage, and History news in Canada.
If you missed this week’s edition, it is at http://genealogycanada.blogspot.com/2015/04/canadian-week-in-review-20-april-2015.html
It’s the ONLY news blog of its kind in Canada!
It has been a regular post every Monday morning since April 23, 2012.
Posted by Elizabeth Lapointe at 12:30 AM No comments: Links to this post