69th anniversary of the Liberation of the Netherlands 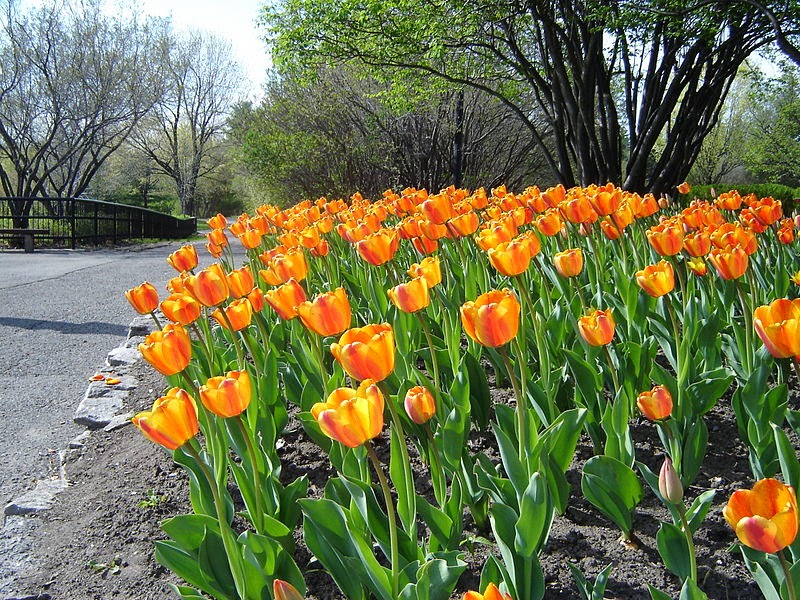 Monday was the 69th anniversary of the Liberation of the Netherlands, which was led by the Canadians in the Second World War.

After the war, the Netherlands wanted to say Thank You to Canada for its war service, and it gave the country, and Ottawa in particular, tulip bulbs. Ottawa adopted the tulip as its official flower.

In 1953, Ottawa started the Tulip Festival, and this year, it runs from May the 9th to the 19th, with fireworks, musical shows, Cirque de Liberation, and the International Pavilion.

The festival claims to be the world's largest tulip festival. There are over one million tulips planted all over the city, and there are over 500,000 visitors each year. It is quite a show!

This year, the festival will honour artist Silvia Pecota. She will be in attendance May 9th, 17th & 18th from 2 pm to 4 pm at Queen Juliana Park (by Dow’s Lake – a man-made lake in the center of the city) and you will be able to view some of the photos she took of the Canadian Armed Forces in Afghanistan (2001-2014).

She is presently working on an art book that incorporates her poetry. It covers the War of 1812 (Bicentennial), WWI (Centennial) and the Closure of the Afghan Mission (2014).

To read about Canada’s role in the liberation of the Netherland, go to http://www.veterans.gc.ca/eng/remembrance/history/second-world-war/canada-netherlands

To read about the Tulip Festival, see http://tulipfestival.ca/site/home/en
Posted by Elizabeth Lapointe at 5:55 AM 1 comment: Links to this post