The statue of UEL in Hamilton, Ontario

The term “United Empire Loyalists” (often referred to as UEL) refers to the American colonists who remained loyal to the British Crown during the American Revolution, and many of which fought for Britain during that conflict. They fled the United States and settled in what are now the provinces of Nova Scotia, New Brunswick, Prince Edward Island, Quebec and Ontario. All the archives in these provinces hold records relating to Loyalists, some of which are searchable online.

Here are the records held at Library and Archives Canada (LAC) -

Loyalists in the Maritimes – Ward Chipman Muster Master’s Office 1777-1785
http://www.bac-lac.gc.ca/eng/discover/military-heritage/loyalists/loyalists-ward-chipman/Pages/loyalist-maritimes-ward-chipman.aspx
These references include business records and papers relating to the Loyalists and to boundary commissions.

Land Records
http://www.bac-lac.gc.ca/eng/discover/land/Pages/land-records.aspx
Many Loyalists and their descendants submitted petitions for land for their service in the war or as compensation for lands lost during the American Revolution. Databases on this subject:

Sir Frederick Haldimand Fonds
http://heritage.canadiana.ca/view/oocihm.lac_reel_c1475/1?r=0&s=1
The collection contains some provision lists and muster rolls relating mostly to Loyalists, disbanded soldiers and their families in the province of Quebec. It includes a nominal index.

Black Loyalist Refugees, 1782-1807 - Port Roseway Associates
http://www.bac-lac.gc.ca/eng/discover/military-heritage/loyalists/loyalist-port-roseway/Pages/port-roseway-associates-loyalists.aspx
Many black Loyalists served and were affected by the evacuation of New York which led to their resettlement in the Port Roseway, now Shelburne, Nova Scotia.

British Headquarters papers
http://collectionscanada.gc.ca/pam_archives/index.php?fuseaction=genitem.displayItem&lang=eng&rec_nbr=105117
The records known as the Carleton Papers or the American Manuscripts contain lists of refugees in New York, lists of persons who were evacuated from New York, lists of refugees from Massachusetts and Rhode Island who were evacuated through the port of New York and numerous references to Port Roseway in Nova Scotia.

British military and naval series
http://collectionscanada.gc.ca/pam_archives/index.php?fuseaction=genitem.displayItem&lang=eng&rec_nbr=105012
These records cover the period from the American Revolution to the mid-1800s. Thenominal/subject card index (provide a brief description of the document, date, C Series volume number and a page number) 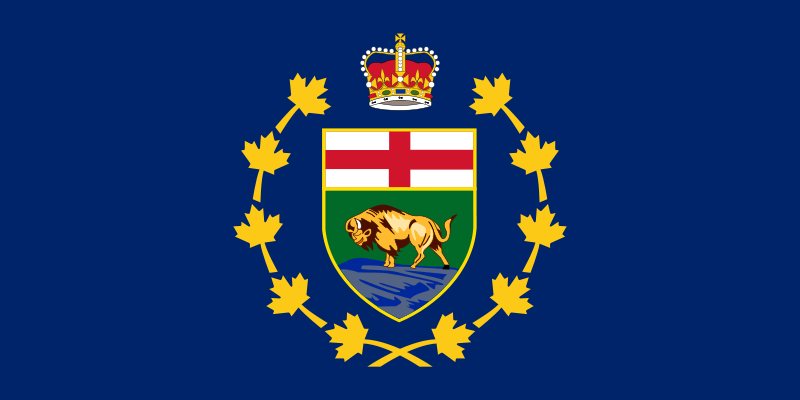 Standard of the Lieutenant Governor of Manitoba

The Lieutenant Governor's Historical Preservation and Promotion Award was established in 2010 by the Honourable Philip S. Lee, and it consists of five awards which will presented today to people who have “rendered prolonged, meritorious service in the preservation and promotion of Manitoba's history and heritage”.

The five people who will receive the award are –

and Gary Wowchuk from Swan River

In a press release, Lt.-Gov. Lee said “Manitobans care greatly about their history. For proof of that, consider the more than 150 museums, located in communities from the 49th parallel to the Hudson Bay, and more than 2,000 community history books covering cities, towns, villages and rural municipalities."

Posted by Elizabeth Lapointe at 7:52 AM No comments: