Donald Trump – The Canadian part of his family history 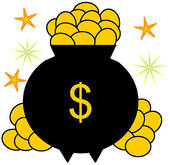 According to a new book by Gwenda Blair, The Trumps: Three Generations That Built An Empire.
Donald Trump's grandfather, Friedrich Trump, earned his 'substantial nest-egg' from Yukon hotel business during the Klondike Gold Rush before heading to New York City.

He happened to be in Seattle when the news broke about the Gold Rush, and he joined the group that headed north. He set up the Arctic Restaurant and Hotel in two locations with a partner — first one on Bennett Lake in northern British Columbis, and then in Whitehorse, Yukon – where he made his money.

Check the Canadian Week in Review (CWR) every Monday morning for the latest in Genealogy, Heritage, and History news in Canada.If you missed last week’s edition, it is
at http://genealogycanada.blogspot.com/2015/09/i-have-come-across-following-canadian.html It’s the ONLY news blog of its kind in Canada!
Posted by Elizabeth Lapointe at 8:07 AM No comments: Links to this post