Can you help Maclean’s national magazine? Here's how ... 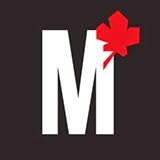 Maclean’s is 110 years old this year, and they have put out a press release in which they are asking Canadians from all over the world to help them ‘find the faces of Canada’s past’.

The press release says that 'Maclean's is compiling an ongoing collection of iconic Canadian photos. Every week, they will be adding more archival photos to the gallery. Take part in the months-long mission by looking at the images and their captions. Are you pictured? Do you know someone who is? If not, maybe you have an idea of how to find them'?

Just tweet them at @MacleansMag using the hashtag #Macleans110, or email the assistant editor Luc Rinaldi at luc.rinaldi@macleans.rogers.com.

They have put 14 photos on the website already. Take a look at them, and if you recognize any of the people, let the editor know by email or Twitter.

Do you have early French-Canadian ancestors? 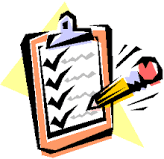 If you have answered ‘yes’, and you would like to know if they are in the earliest census ever taken in Canada, then you should check Jean Talon’s census of 1666.

Who was Jean Talon, and why is his name attached to a census?

He was the first Intendant (a governor, of sorts), and he was a representative of the King. He was in charge of administration of justice, police and finances, for instance, and bringing immigrants from France to settle the early days of New France. He encouraged and supported large families, urged single people to marry, brought over filles du roi (approximately 800 young French women who immigrated to New France between 1663 and 1673), and, in part, he motivated soldiers to settle in the colony after their military service.

And this was where the census of 1666 came into the picture – he wanted to know how the new colony was doing.

To get you started, the 1666 census is on Quebec – AllCensusRecords.com at
http://allcensusrecords.com/canada/quebec/1666census.shtml

It has been a regular post every Monday morning since April 23, 2012.
Posted by Elizabeth Lapointe at 12:30 AM 2 comments: Links to this post