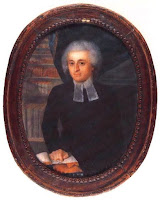 In August, Fleury Mesplet, first published the bilingual Montreal Gazette, in Montreal, Quebec. It is the oldest operating newspaper in Canada today.

Fort Brisebois, Alberta, which had been established by the North-West Mounted Police, was renamed Fort Calgary in August, 1875.

Ross Abbott, who is from Bonavista, Newfoundland, is using Facebook to document some of the town's history, through old photographs - 31,000 photos, to be exact.

The demolition of St. Patrick's High School in Halifax started Monday with heavy equipment rolling onto the property and backhoes punching holes in the walls.

We don’t call it Fogtown for nothing

No one can deny that the weather in Newfoundland has been worst kind so far this summer.

Tara Feener's 100 Days of Newfoundland on display at Gallery 24

An artist's digital take on Newfoundland and Labrador is on display at a gallery in St. John's.

Tara Feener's 100 Days of Newfoundland is an exhibition of 100 unique drawings of people, places and popular landmarks, and it opened Thursday night at Gallery 24.

Three of Lost Art Cartography's maps have been chosen by the Environmental Systems Research Institute (ESRI) to be featured in its annual map book. The map book recognizes important and innovative accomplishments of geographic information system (GIS) users around the world.

Some new artwork is being unveiled along the streets of Minto thanks to some residents in the town who commissioned murals to be painted by Fredericton artist Ron Sajack.

Next week marks the 400th anniversary of Samuel de Champlain's first portage through the Peterborough region.

To honour the occasion, Mayor Daryl Bennett proclaimed next week, from Sunday to Sept. 5, to be Champlain Week.

Birthplace of Alexander Mackenzie for sale in Scotland

For less than the price of a fixer-upper in Toronto, you can own a stately piece of Canadian history in Scotland for 287,000 pounds — or about 594,900 loonies.

It’s the birthplace of Canada’s second prime minister, Alexander Mackenzie, who was born in 1822 and went on to be Liberal PM from 1873 to 1878.

A Saskatchewan man is using his passion for skateboarding to teach others about Canada’s history of colonialism and its effect on Aboriginal Peoples,

Morrow County Chamber of Commerce members at the August meeting were the first to hear the name chosen for the History Museum on the Mount Gilead public square.

Now that summer vacation is over, one can tell by the weather today, that Fall is on it's way in the Norther Hemisphere. That can only mean one thing – genealogy!

I had the occasion to write an article this week for the International Society of Family History Writers and Editors (ISFHWE), and I wrote that “The schedules for the fall genealogy meetings have started to appear in Canada. Libraries have released their course schedules for the fall, and the archives have put their exhibit schedules on their websites - so all is set. Canada will be an exciting place to explore your Canadian ancestors this fall”.

So here are some activities that you may like to attend - 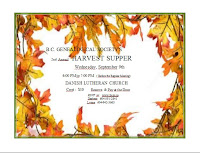 Be sure to attend the British Columbia Genealogical Society’s second annual Harvest Supper, Wednesday, 9 September, 2015 from 6-7 pm, before the General Meeting, at the Danish Lutheran Church, 6010 Kincaid Street in Burnaby.

The dinner was well attended last year and a great time was had by all, so reserve your places early. [ If you need to e-mail about the supper, send a note to bcgs@bcgs.ca]

The general meeting will begin at 7:30 pm. 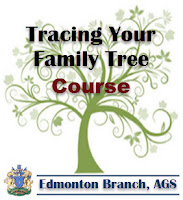 The Edmonton Branch of the Alberta Genealogical Society is happy to host an array of genealogical topics under their fall session Tracing Your Family Tree over three Saturdays.

The date of the course will be

Cost for the entire course, including handouts: $80 for AGS members; $100 for non-members.

You need to register, and this can be done at http://www.agsedm.edmonton.ab.ca/pdf/BrochureTYFT2014.pdf 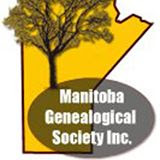 There is going to be an Open House at the Manitoba Genealogical Society (MGS) Open House held in conjunction with MB Culture Days on Saturday, September 26 from 10:00 am – 4:00 pm.

Join MGS in exploring “genealogy” and family history. For beginners, our interactive Open House will introduce you to genealogy and will provide: assistance to begin your family search, a tour of our Library/Resource Center, and activities for children. For current genealogists we will have an introduction to our new online database MANI with 1.5 million records of Manitoba names. We will also have a “problem corner” to help solve roadblocks in your family search. Join us for a look back into your own family history.

And the Canadian Museum of History is offering a 15-minute curatorial mini-tour with historian Erin Gurski, research associate for the Terry Fox – Running to the Heart of Canada exhibit.

See the most significant objects and learn more about iconic artifacts related to the Marathon of Hope.

The mini-tour will be held

Meet in the Museum’s Main Lobby

This is just of the few activities that are going to take place in Canada during the fall months.

Check the Canadian Week in Review (CWR) every Monday morning for the latest in Genealogy, Heritage, and History news in Canada.
If you missed last week’s edition, it is at
http://genealogycanada.blogspot.com/2015/08/canadian-week-in-review-cwr-23-august.html