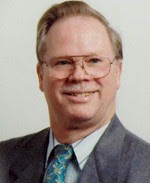 As genealogists know, Canada has had a long battle with the government over the country's census - it's collection and release.

The latest battle has been over the dropping of the long term census, but Gordon A. Watts, in his latest newsletter issue, reports that it is coming to an end.

To see his report, go to http://globalgenealogy.com/globalgazette/gazgw/gazgw-0127.htm

Bill C-568 has been in the Senate, and Watts says "Debate on Second Reading of Bill C-568, that would restore the mandatory long-form Census and would remove imprisonment as a punishment for failure to complete the Census, took place on 5 November and 3 December 2010. The vote on a motion to pass second reading and to refer the Bill to the Standing Committee on Industry, Science and Technology took place on 8 December 2010. The motion was passed on a division of 147 to 136.

Following consideration by the Committee, the Bill will be reported back to the House of Commons, with or without recommendation. It may then be debated in Third Reading, and if passed there, would be referred to the Senate for consideration.

While this Bill may very well receive Third Reading in the House of Commons, I think it unlikely that it will pass through the Senate. There are currently 152 sitting Conservative members of the Senate. If all of these Senators voted against the Bill, and all non-Conservative Senators (151 in total) voted in favour of it, it would fail by one vote.

Bill C-583, dealing with the method of appointment of the Chief Statistician and some of the responsibilities of that position, received First Reading in the House of Commons on 30 September 2010. As of this writing, it has not yet been placed in the order of precedence, and so debate on Second Reading has not yet begun."

And Wells tells us that there is to be a second court action being taken on long-form Census.

He says that "Media reports indicate that a coalition of aboriginal organizations and chiefs from Atlantic Canada were in Halifax Federal Court Monday 13 December to argue that the removal of the mandatory long-form Census questionnaire violates their Charter rights. Lawyers for the Native Council of Nova Scotia, the New Brunswick Aboriginal Peoples Council, the Native Council of Prince Edward Island, the Maritime Aboriginal Peoples Council, and three Atlantic chiefs claim that the changes to questions about ethnicity and ancestry will make it difficult for the government to discharge its constitutional duties to aboriginal peoples.

This is the second group to take the government to court over the government's decision to do away with the mandatory long-form Census. The first was a Francophone organization in Quebec that argued the long-form Census was the only reliable source of information about minority French-speaking communities. A Federal Court judge ruled against that argument.

The federal government has stated that they will be introducing legislation to remove the imprisonment penalties for failing to complete the Census from the Statistics Act, but to date I have seen no indications of any such legislation being presented to the House of Commons."

So, there is the latest news on the census.

Hopefully, some comprise can be found which would satisfy everyone, but I think that time has passed, and we will get whatever the government decides.
Posted by Elizabeth Lapointe at 7:32 PM No comments: Links to this post