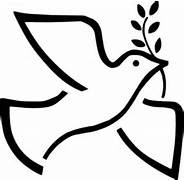 On this date, Canadian external affairs minister, Lester B Pearson, received a telegram from Sweden telling him that he had was being awarded the Nobel Peace Prize. It was due because of the way that he had handled the Suez Crisis.

He had proposed a neutral UN military force that would occupy the middle ground between the two sides, and it became the standard concept of the the blue berets - UN Peacekeeping Force. Lester Pearson was thereafter known as the Father of International Peacekeeping.

For more information, go to https://en.wikipedia.org/wiki/Peacekeeping

A demilitarized version of the same vehicle that Bev McCraw's son, Shawn, was in when he was killed by an IED in Afghanistan in 2008 will be installed permanently as a new war monument at the Canadian Warplane Heritage Museum.,

For the first time in nearly a decade, Nova Scotia's sailing ambassador will live up to its name.

The Bluenose II will leave the province next summer and travel to ports along the Eastern Seaboard to "demonstrate Nova Scotia's rich Maritime heritage and expertise," according to government documents published Friday morning.

The tour will conclude in Quebec City where the ship will be part of the celebrations for Canada's 150th anniversary.

Membertou Heritage Park is where people can learn about Mi’kmaq culture throughout the year. Each year at this time, Jeff Ward notices a surge of interest in aboriginal culture.

From generation to generation, some recipes and cookbooks have become treasured family heirlooms.

The Nova Scotia Archives has scores of them in its personal collections, and has created a digital exhibit featuring hand-written and early printed recipes, some dating as far back at the 1700s.

Tales from the crypt: 6 tips for exploring N.B. graveyards

Graveyard exploring sounds macabre to some; however, according to one local historian, the sites are a gold mine of information on local history.

This is Main Street: Rise and fall of a once thriving commercial district

When Saint John was a smoky 18th century seaside colony, Main Street was a trade road, used to cart goods from the First Nations settlement at Indiantown up to Fort Howe.

From the 1700s until the mid-1960s, it evolved into a thriving commercial district in Saint John, rivalled only by Prince William Street.

A man who pleaded guilty to possessing stolen bronze plaques from the New Brunswick Museum was sentenced Thursday to two years minus one day in provincial jail.

A gigantic tapestry which celebrates Scottish heritage and the influence its people have had around the world has arrived in P.E.I., and is on display at the Confederation Centre of the Arts.

Exhibit tells the story of Jewish farming in Ontario

A small photographic exhibit in the main-floor gallery of the Miles Nadal JCC at Bloor and Spadina tells the small but interesting story of Jewish farming in Ontario, past and present.

A two-day conference dedicated to preserving Italian-Canadian history is coming to London.

The True Story of the Real-Life Winnie-the-Pooh

When a soldier shipping off to World War I stepped onto a train platform during a brief stopover in a small Canadian town, little did he know his footsteps would lead a dozen years later to the October 14, 1926, publication of “Winnie-the-Pooh.” Find out how a real-life black bear inspired A.A. Milne to write one of the classics of children’s literature.

As Canada gets ready to mark the 150th anniversary of Confederation and the creation of the Province of Ontario, the Archives of Ontario has unveiled a special exhibition titled “Family Ties: Ontario Turns 150” in Toronto, Ontario. One of the families highlighted in the exhibition is the family of Chief Shingwauk.

One of the most dramatic moments in the history of the Jewish left in Canada occurred some 57 years ago, in 1959, when a huge and irreparable split developed within the ranks of the United Jewish People's Order (UJPO) and a significant number of members left to form a new organization, the New Fraternal Jewish Association (NFJA).

Historic Gull Lake, Sask., hotel 'a shadow of what it once was' after destructive fire

A piece of history is gone from Gull Lake, Sask., after a fire broke out at the Clarendon Hotel Sunday morning.

Emergency crews were called to the hotel and bar around 8 a.m. CST

Archaeologists are hoping bones and tools unearthed after the 2013 southern Alberta floods will help paint a better picture of a little understood period in the region's indigenous history.

Students get heartfelt history lesson with Field of Crosses

What began with a few hundred white crosses in 2009 has grown to more than 3,200, all paying tribute to those who died serving their country.

A Thule man who lived near Arctic Bay hundreds of years ago will soon be part of an exhibit on Canada’s Indigenous peoples to be unveiled at the Canadian Museum of History in Gatineau in July 2017 to coincide with Canada’s 150th birthday.

Canada's three oceans will be the centrepiece of an epic 150-day voyage to celebrate the 150th anniversary of Confederation.

The Students on Ice Foundation is planning to take an icebreaker on trip that will begin in Toronto and end up in Victoria next summer, transiting the Northwest Passage on the way. 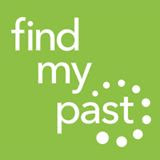 I was surprised to see that findmypast.com has put on some Canadian databases, and they are Ontario Birth Index 1860-1920 and New Brunswick Birth and Baptism Index 1769-1899.

Since the Archives of Ontario are the official keeper of the births, marriages, and deaths after they are released from Office of Registrar General Service Ontario, it surprises me that they include records up to 1920, whereas the archives on this website say that they only includes records up to 1917.

Since the explanation on their website doesn't provide a good explanation, I will write to findmypast to see if I can get a clearer definition of the collection.

The second collection is the New Brunswick Birth and Baptisms Index 1769-1899 and it contains over 25,000 transcripts of civil registration records. Each record will include your ancestor's birth year, birth place and parent's names. The records will also provide you with the information you need to order a copy of an official birth certificate through Service New Brunswick at www.snb.ca.

I have checked the New Brunswick Archives at http://archives.gnb.ca/Search/FEDS/Databases.aspx?culture=en-CA and the date do not seem to coincided with the date of the births that the archives have, so I am wondering were they got these records from because the collection does not say.

Drop Me a Card

Take a minute to go to this page of my friend, Daniel B. Parkinson, to look at the postcards he has put on the webpage http://uptorawdon.com/supplementary-card.html

These postcards are beautiful, and the ones which show Ottawa as it use to be in the olden days. There are nice ones , including ones about Easter, for example, (and they are in perfect condition), so they are worth your time.