In 1860, the inaugural Queen's Plate was run near Toronto, and was won by "Don Juan."

The Queen's Plate is the oldest uninterrupted stakes race in North America, having been stated by Sir Casimir Gzowski and Thomas Patteson who, on April 1, 1859, from the Toronto Turf Club, petitioned Queen Victoria to grant a Plate for a race in Ontario … and the Queen's Plate was born!

For more information, go to http://www.queensplate.com/Pages/History-of-Queen-Plate.aspx

Newfoundland and Labrador's education minister says he has requested a suspension of the decision to restructure the public library system.

One hundred years ago, Pictou Academy was the Crown jewel in the Scottish tradition of Nova Scotia education.

From Aug. 27-29, 1916, the Town of Pictou rolled out the red carpet for a grand commemoration in honour of the Academy, one of the province’s leading and most influential school institutions

(Video) Secrets in the attic? Searching for the gallows from Halifax's hanging past

Wednesday marks the 40th anniversary of the House of Commons vote to abolish the death penalty in Canada.

The final execution in Halifax took place in 1935. Daniel Sampson was arrested and charged with the murder of two young brothers who had been beaten to death near what's now the Armdale Rotary.

A poignant return to Beaumont-Hamel

July 1, 2016 marks the 100th anniversary of The Battle of Beaumont-Hamel. Coinciding with Canada’s national birthday, July 1 represents one of the bleakest days in Newfoundland and Labrador’s history.

The people behind the concept of developing a 50- to 100-kilometre trail in northern Cape Breton have taken a big step towards realizing that goal.

The Seawall Trail Society was formed in 2014 to explore the idea of creating a wilderness path that would connect Pleasant Bay with Meat Cove.

History: June 27, 1854-The Canadian inventor who saved the whales

Some 160 years ago, whales were being actively slaughtered by the thousands in the quest for things like their baleen, used in women’s garments, and for things like fishing rods, umbrella stays, buggy whips, etc. but especially sought after was their “oil”. Around 1850, there were over 700 whaling ships in the US alone.

100th anniversary of No.2 Construction Battalion

Why are we commemorating the 100th Anniversary of the No.2 Construction Battalion (Bn)? What is this Bn? For I have never heard of it. Well, let me tell you why, as well as provide some context as to why we are all commemorating and celebrating this unique Unit that is a part of our rich Canadian military history.

A museum in Grande-Anse has reopened with a new name and a new theme a year after its transition began.

We all know Islanders are big on their St. Patrick's Day celebrations — and now a county in Ireland is drawing on shared connections with P.E.I. and preparing to celebrate Canada Day.

12,000-Year-Old Campsite and Hundreds of Artifacts Unearthed in Canada

First Nations archaeologists in New Brunswick, Canada, are unearthing hundreds of artifacts and exposing a campsite where their distant ancestors lived about 12,000 years ago. It is one of the earliest sites in eastern North America, occupied not long after the glaciers started to recede northward.

Seven new flags will be raised along Sudbury's Bridge of Nations today, representing the heritage of people in the Nickel City from Barbados, Burundi, Egypt, Indonesia, Tunisia and Nepal and Palestine.

The legacy of one of Manitoba’s early Métis families has been recognized with a new park in St. Norbert.

On June 16, a newly minted greenspace on the east side of Pembina Highway at Grandmont Boulevard was named Parc Charette Park after the Charette family.

Stitching their place in history

A number of Winnipeggers have played their part in the creation of a historic tapestry.

The Scottish Diaspora Tapestry is currently on tour from Scotland and will be on display on the main floor at the legislative building daily until July 3 from 8 a.m. to 8 p.m. Admission is free.

An archaeological dig, which was started after workers on a construction project at Kamloops Lake in British Columbia, Canada, uncovered evidence of an indigenous settlement; has unearthed evidence supporting the Skeetchestn Indian band’s oral history regarding a pre-contact settlement that was located on the lake hundreds of years ago.

Eskasoni celebrates 25th powwow that 'revived who we are'

This weekend is not only celebrating Canada Day but it's also an extremely important holiday in the Eskasoni First Nation.

The community will be celebrating its 25th annual powwow, the largest in Atlantic Canada. This anniversary year will honour the powwow's founding elders, like Georgina Doucette. 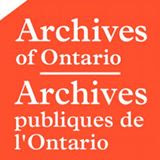 The Archives of Ontario (AO) had two new events to mark July – they have started a Facebook page and have a new online exhibit called the Meet the Browns: A Confederation Family.

The homepage of the exhibit is http://www.archives.gov.on.ca/en/explore/online/familyties/index.aspx

The Facebook page is at https://www.facebook.com/ArchivesOntario/, and so far, so good. They are putting on good and interesting stories and photos about Ontario, and hopefully, they will continue.

The homepage of the AO is http://www.archives.gov.on.ca/en/index.aspx

Through the thunderstorm and downpours of rain, we stuck through Canada Day on July 1st but then spent a beautiful Saturday in the Byward Market meeting different people, and enjoying the music that was everywhere.

I thank Mario for a really cool weekend, and now we look towards Canada's birthday next year, when we will also celebrate our 30th anniversary on July 4th! It's all good!

(c)2016 All rights reserved.
Posted by Elizabeth Lapointe at 12:30 AM 2 comments: Links to this post