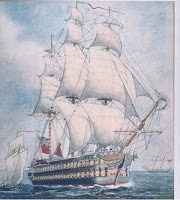 To read more about Kingston, Ontario in the War of 1812, go to http://www.archives.gov.on.ca/en/explore/online/1812/kingston-supplies.aspx 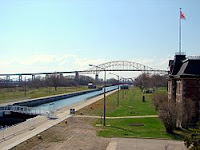 For more information, go to https://en.wikipedia.org/wiki/Sault_Ste._Marie_Canal

In 1898, the main portion of New Westminster, British Columbia was destroyed by fire.

To read more, go to https://en.wikipedia.org/wiki/New_Westminster

A week or so ago I decided to spend an afternoon visiting Burin and to stroll around the town’s Heritage Square.

To say that I’m impressed with what Burin is doing as far as heritage and history is concerned would be an understatement.

As mentioned in the August column, father and son team of Thomas and John Mathews were granted family lands: farm lots in York Township and town lots in the Town of York.

GENEALOGY WITH JANICE: Records of pets in our family history are few and far between

Pets have always been important members of my family. One of my favourite photos is of me in a high chair with our cat Tom sitting on the food tray. Many of my best childhood memories involve our cats, dogs, birds and hamsters.

When Canadian artist Steve McDonald decided to move his family to the island paradise of Bali, Indonesia, two years ago, he never fully considered the implications of leaving a traditional art gallery and a dedicated client list behind. Even more surprising, he had no idea it would lead him to start creating art for other people to colour-in.

One of Canada’s worst mass murders occurred in what is now a remote area of southwestern Saskatchewan, but experts say it barely registers as a footnote in Canadian history today. The silence at Fort Walsh Historical Site, 60 kilometres from the U.S. border in Cypress Hills Provincial Park, can be deafening at times.

Discovery of the oldest known record of the Medicine Hat legend has, in this writer’s opinion, settled for all time three controversial questions which have harassed the city for the last few years. They are: How did Medicine Hat come by its unique name; which story is the authentic account of the legend; and which Indian head-dress is the original medicine hat?

No one should forget what happened on the 11 September 2001 to the United States. It has been 14-years, but it seems like happened yesterday.

Canada as a country, immediately opened it's airports to take in flights that had to be diverted, as was the case of the Stanfield International Airport in Halifax. It was the first give landing rights to 40 aircraft carrying 8,000 passengers that were diverted to Halifax that day. And it was first major airport to have all diverted flights back in the air.

You can read a timeline of events at http://hiaa.ca/airport-authority/airport-history/september-11-2001/ 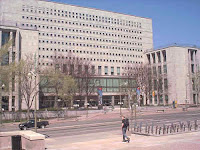 This week the Library and Archives Canada unveiled it's New France Archives at http://www.bac-lac.gc.ca/eng/discover/exploration-settlement/new-france-archives/Pages/thematic-list-fonds.aspx

If you go to the Thematic list of fonds, you will see the Notarial Archives, and it is there that you will find the marriage records.

So do take a look, and if you have any questions about them, I can help you.

Check the Canadian Week in Review (CWR) every Monday morning for the latest in Genealogy, Heritage, and History news in Canada.If you missed last week’s edition, it is at http://genealogycanada.blogspot.com/2015/09/canadian-week-in-review-cwr-07.htmlIt’s the ONLY news blog of its kind in Canada!
Posted by Elizabeth Lapointe at 12:30 AM No comments: