In 1894, Canadian fighter pilot Billy Bishop was born in Owen Sound, Ontario. He was given credit for shooting down 72 enemy aircraft in the First World War, and was the first Canadian airman to win a Victoria Cross for a 1917 solo attack on a German airfield. Bishop died in Florida in 1956.

For further information, go to http://en.wikipedia.org/wiki/Billy_Bishop

In 1995, Roméo LeBlanc was sworn in as Canada's 25th Governor General, the first Acadian to hold the post.

For further information, go to http://en.wikipedia.org/wiki/Rom%C3%A9o_LeBlanc

For all the Canadians who were at RootsTech 2015, for the keynote speakers online, and for those interviewed by Dear Myrt’s AmbushCAM http://blog.dearmyrtle.com/2015/02/fgsrootstech-2015-myrts-ambushcam.html, here is a summary of the blog posts -
For a listing of Dear Myrt's AmbushCAM from the the National Genealogical Society (NGS) 2014 Conference, visit Randy Seaver's Genea-Musings blog post at http://www.geneamusings.com/2014/05/did-you-watch-dearmyrtles-ambushcam.html

Howe, Lewis among next 7 Heritage Day honorees
http://thechronicleherald.ca/novascotia/1267791-howe-lewis-among-next-7-heritage-day-honorees
As the province prepares for the first official day to celebrate its history, the government unveiled the focus of celebration for future years.

70 years After the Second World War: Remembrance Endures
http://ottawacitizen.com/news/national/defence-watch/70-years-after-world-war-two-remembrance-endures
This year marks the 70th anniversary of the end of the Second World War, and important historic dates are dotted across the calendar.

Petrolia man finds a piece of family history
http://www.sarniathisweek.com/2015/02/10/petrolia-man-finds-a-piece-of-family-history
Petrolia’s Don Gibson is a man with a keen interest in Canadian military history. And he’s recently solved a military mystery of sorts that involved his great-grandfather, the Fenian Raids, and a missing medal.

Navan's St. Mary's Anglican Church pleads for return of records
http://www.cbc.ca/news/canada/ottawa/navan-s-st-mary-s-anglican-church-pleads-for-return-of-records-1.2950881
Although no money was taken, the safe stolen from church contained birth and death records of parishioners.

Find haute and history in Toronto’s Distillery District
http://www.daily-journal.com/life/travel/find-haute-and-history-in-toronto-s-distillery-district/article_7b91fadb-2f40-5f60-9342-fcc4388b3fed.html
At the core of the District is the history of the Gooderham and Worts Distillery, whose predecessor company started in 1831. Established in 1837 as a distillery on the shores of Lake Ontario, 50 years later it had evolved into the largest distillery in the British Empire.

How black Canadians fought for liberty in the American Civil War
http://www.thestar.com/opinion/commentary/2015/01/31/how-black-canadians-fought-for-liberty-in-the-american-civil-war.html
Many black Canadians headed to the U.S. to join the fight against slavery in 1863. Nearly 1,000 of them came from Canada West.

Discover the Moving History of the Holocaust with Insight Vacations
http://globenewswire.com/news-release/2015/02/11/705489/10119776/en/Discover-the-Moving-History-of-the-Holocaust-with-Insight-Vacations.html#sthash.e7W2EYCT.dpuf
Dr. Jody Perrun will host Insight guests on an exclusive two-week journey starting June 4th through Poland, Slovakia, Hungary, Austria, Czech Republic, and Germany to explore the locales where the events of the Holocaust unfolded in a tour named the History of the Holocaust.

GENEALOGY WITH JANICE: Genealogist Janice Nickerson shares her passion in new column
http://www.insidetoronto.com/news-story/5338473-genealogy-with-janice-genealogist-janice-nickerson-shares-her-passion-in-new-column
Ontario genealogist and Association of Professional Genealogists member debuts a new column in Inside Toronto. As she says, “Genealogy is my life”.

Archives Week shows Humboldt history
http://www.humboldtjournal.ca/news/local-news/archives-week-shows-humboldt-history-1.1760931
A variety of photos showing fundraising efforts and other events were donated to the museum by City Hall, and museum staff is inviting people to check them out and part with any information they may have about them.

History on display at City Hall
http://www.meridianbooster.com/2015/02/06/history-on-display-at-city-hall
The walls of City Hall are displaying the region’s history as part of a special visual display provided by the Lloydminster Regional Archives.

Galt exhibit on the money
http://lethbridgeherald.com/news/local-news/2015/02/07/galt-exhibit-on-the-money
“Voices from the Engraver” will open today, and showcase more than 60 artifacts dealing with the creative process—behind the scenes, as well as the technical skill and the sheer artistry—that goes into every series of Canadian stamps and bank notes.

Chinese made big contribution to pioneer B.C.
http://www.vicnews.com/news/290721701.html
In the spring of 1858, news of gold in the Fraser Canyon transformed Fort Victoria from a quiet fur trade outpost of the Hudson’s Bay Company into a booming town. Hop Kee & Co. of San Francisco played an instrumental role in the first wave of Chinese to Victoria.

Clyde Duncan: Black history is central to the beginnings of B.C.
http://blogs.theprovince.com/2015/02/01/clyde-duncan-black-history-is-central-to-the-beginnings-of-british-columbia
Sir James Douglas, who in 1858 became the first governor of the colony of British Columbia, and who is known as the “Father of British Columbia,” was born in British Guiana (now, Guyana) to a mixed-race mother with African ancestry.

Black artist a trailblazer in Victoria's early days
http://www.timescolonist.com/life/islander/black-artist-a-trailblazer-in-victoria-s-early-days-1.1756470
Grafton Tyler Brown became the first professional artist in the province when he reinvented himself in his move to British Columbia in 1882.

The 50th anniversary of Flag Day was celebrated yesterday in Canada (February 15th). The (new, then) Canadian Flag was first raised over Parliament Hill 50 years ago in 1965, replacing the beloved Canadian Red Ensign http://tmg110.tripod.com/canada_flag.htm

I can remember watching the ceremony on TV, and wondered if I would ever get to see Parliament Hill in Ottawa from a small town in Nova Scotia. Now I can see this place every day in person if I want to because I live in the area.

The represents the county - strong, proud and free. It represents we have accomplished together over the years - the historical moments that have shared, and the served to define us, and to the promising future of this great country.

Did you celebrate the 50th anniversary of the National Flag of Canada by taking part in the “Share your Moment with the Flag” Challenge.

The Library and Archives Canada also put on a special page which celebrates the flag. There is a Flickr page, podcasts, and a history of the flag which can be seen by reading the Lester B. Pearson fonds. He was the prime minister of the time.

This is all available on their blog, Celebrating 50 years of Canada’s national flag, at http://thediscoverblog.com/2015/02/12/celebrating-50-years-of-canadas-national-flag

Additional blog posts about the Canadian Flag are available here -

Statement by the Prime Minister of Canada on National Flag Day - http://genealogycanada.blogspot.com/2014/02/statement-by-prime-minister-of-canada.html

How social media is being used so that Canadian flags can be placed on soldier’s graves in Italy - http://genealogycanada.blogspot.com/2014/11/ogs-first-world-war-heritage-society.html

Blackwell & Beddoe Lawrence: The maple leaf has symbolized Canada for 50 years, but its origins are still misunderstood - http://genealogycanada.blogspot.com/2014/12/canadian-week-in-review-22-december-2014.html

In 1924, the Canadian Red Ensign was given official recognition as Canada’s official flag until the Maple Leaf was adopted in 1965 - http://genealogycanada.blogspot.com/2015/01/canadian-week-in-review-19-january-2015.html

The federal government has allotted $50,000 for celebrations for the upcoming 50th birthday of the iconic Maple Leaf flag - http://genealogycanada.blogspot.com/2015/01/canadian-week-in-review-19-january-2015.html

Canadian MP offers excellent primer on the Canadian Flag, and its history - http://genealogycanada.blogspot.com/2015/01/canadian-week-in-review-19-january-2015.html
and http://www.mauril.ca/the-canadian-flag

In addition to news stories from television and Canadian newspapers, there is a link to the history of the flag (including a free PDF download of a Canadian Flag poster depicting its chronology and historical background) from a Canadian Member of Parliament, the Honourable Mauril Bélanger, representing the a local riding of Ottawa East http 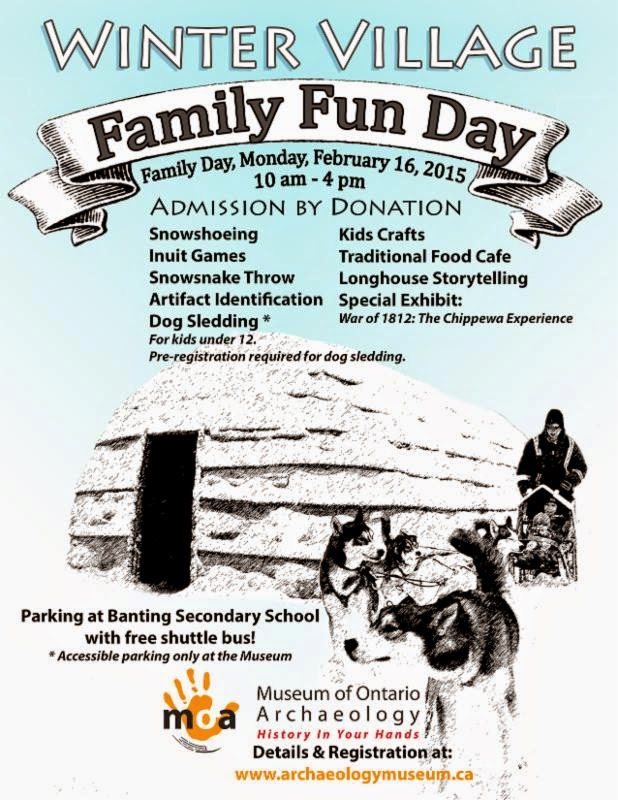 Celebrations around Heritage Day/Family Day and Flag Day has broken out all over Canada.

Heritage Day is a nationwide celebration that encourages all Canadians to explore their local heritage, and this year the theme is Our Main Streets and traditional downtowns are a heritage worth celebrating. As venues for commerce, entertainment, worship, shopping and more, they demonstate the community's social and economic history.

For instance, Heritage Day has been  to Heritage Week in British Columbia this week and the theme is Main Street: At The Heart of the Community. The week kicked off with the national Heritage Day designated by Heritage Canada The National Trust.

In Toronto, a plague has been unveiled honours Chinese-Canadian association
http://www.canadianarchitect.com/news/heritage-torontos-first-plaque-unveiling-of-2015-honours-chinese-canadian-association/1003450245/?&er=NA
The plaque commemorates the Wong Association of Ontario (Wong Kung Har Wun Sun Association). The Wongs have been part of the historic fabric of Toronto and Chinatown for over 100 years and the Wong Association of Ontario is the first Chinese-Canadian family association to receive a coat of arms.

That was the Canadian genealogy, history and heritage news in Canada this past week. 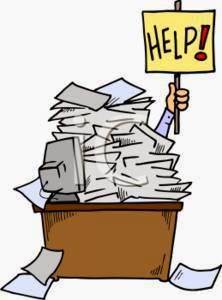 Michael D. from Florida says that “
Ms. Elizabeth Lapointe is an experienced professional with a broad-based detailed knowledge of the available genealogical documentary resources, together with an understanding of the colonial and modern history, economy, and sociology of the French and English aspects of Canada. For a client, she is both a teacher and a guide into the field of genealogy.

The next Canadian Week in Review will be posted 25 February 2015.
Posted by Elizabeth Lapointe at 12:30 AM No comments: