1817 - Launching of first steamship Frontenac in Kingston, Ontario in 1817. It plied the Great Lakes and made its inaugural trip west to the town of York.

Frontenac was sold for ₤1550 to John Hamilton in 1824, who sold the Frontenac after for scrap at Niagara in 1827. Before she could be scrapped, she burned to the waterline due to arson. 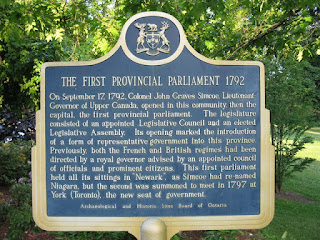 1798 - The second session of second Parliament of Upper Canada was held on Niagara-on-the-Lake until July 5, and it set up the county system, it marked valid marriages performed by non-Anglicans. 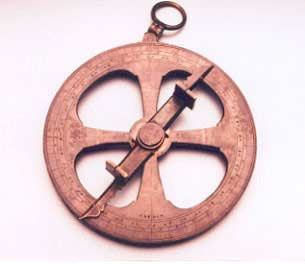 
(Drone Video (Watch this: Unbelievable drone footage of Halifax
http://www.thecoast.ca/RealityBites/archives/2015/06/03/watch-this-unbelievable-drone-footage-of-halifax
It's a different perspective on some everyday Halifax sights. The dropping costs and improved quality of HD cameras and aerial drones increasingly offer a new way to view some common landmarks.

Tourists and local economy to benefit from Yarmouth's Heritage in Your Hand app
http://www.thevanguard.ca/Business/2015-06-02/article-4167576/Tourists-and-local-economy-to-benefit-from-Yarmouths-Heritage-in-Your-Hand-app/1
Esther Dares, a member of the group working on the project, came up with the idea of developing an app that would give people a new way to experience Yarmouth’s Sea Captains’ Homes and Mercantile Heritage Walk.

The big hole where a house once stood
http://thechronicleherald.ca/opinion/1290201-demont-the-big-hole-where-a-house-once-stood
I may not be the most observant reporter in the world, but I was pretty sure that the last time I drove down Armview Avenue there wasn’t a big hole on the Northwest Arm side of the street where it meets Tupper Grove, as there was late last week.
When I finally found somebody to ask, it turned out I was right.

Old Prince Edward Home land could become green space
http://www.cbc.ca/news/canada/prince-edward-island/old-prince-edward-home-land-could-become-green-space-1.3096113
Once a hospital, then a nursing home and palliative care centre, the 80-year-old building is situated on a prime piece of land next to Victoria Park.

Sackville United Church building listed among Canada’s top ‘endangered places
http://www.cumberlandnewsnow.com/News/Local/2015-06-03/article-4169172/Sackville-United-Church-building-listed-among-Canada%26rsquo%3Bs-top-%26lsquo%3Bendangered-places%26rsquo%3B/1
With the former Sackville United Church building up on the chopping block, the site has been named as one of the top ‘endangered places’ in the country by Heritage Canada’s National Trust.

Upper Canada Lands Records help trace a Butler Ranger from the American Revolutionary War
http://www.insidetoronto.com/news-story/5656365-lee-dickson-genealogy-upper-canada-lands-records-help-trace-a-butler-ranger-from-the-american-revol/
In the late 1980s, with skillful guidance from Archives of Ontario archivists and coupled with beginner’s luck, I managed to trace a line back to my United Empire Loyalist ancestors.

History, architecture well preserved in Winnipeg Exchange district
http://o.canada.com/travel/history-architecture-well-preserved-in-winnipeg-exchange-district
It’s not hard to picture Winnipeg's wild-west past as you walk through its historic Exchange District. The jails, saloons and brothels may be gone, but more than 100 buildings in the compact 20-block area have been preserved, along with rail tracks, ornate interior decor and old-fashioned advertisements painted on brick walls.

WDM exhibit looks at history of funeral homes
http://www.thestarphoenix.com/exhibit+looks+history+funeral+homes/11098414/story.html
Death is a tricky topic for a family attraction. On Saturday, the Western Development Museum launched a new exhibit tackling just that.

History: The Houcher Story
http://www.canadiancattlemen.ca/2015/06/01/history-the-houcher-story/
The man who grew the first carload of wheat in the Wetaskiwin district!! There’s a pioneering story there. Yet this is a mere sidelight of the thrilling saga of a courageous young couple who built up a prosperous ranch in a country that was a nemesis to some of the most powerful cattle syndicates in North America.

Stories in the News 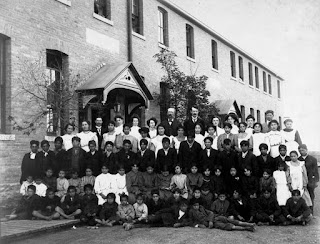 News that is trending in Canada this past week has revolved around the Aboriginal Truth and Reconciliation Commission Report on Residential Schools.

What does this mean to genealogists?

For years, we have been asked to prove that an ancestor is Aboriginal, and sometimes this has been a complicated thing to prove because many times the people just did not say self identify as Aboriginal or Métis in their census and vital records.

And now, just this past weekend, I have heard that the site in front of the Supreme Court of Canada is to be dedicated to the Residential School so that a monument can be built there. This will be interesting as time goes on because the planned Memorial to Victims of Communism will have to be moved across the street to the Garden of the Provinces and Territories, where it was planned to be in the first place.

From Manitoba comes the news that the people there want to transform one of its residential schools into museum. The Long Plain First Nation -- in Central Manitoba -- is seeking to reclaim the nearly 100-year-old Portage la Prairie Indian Residential School

To read more about it, go to http://www.ctvnews.ca/canada/manitoba-reserve-hopes-to-transform-residential-school-into-museum-1.2403709

So keep your eyes on the news in the coming weeks, because I am sure this this is the first salvo fired in the round of discussions that will take place

If you are looking for Aboriginal records in Canada, here are some places they are kept -

Aboriginal Heritage - https://www.bac-lac.gc.ca/eng/discover/aboriginal-heritage/Pages/introduction.aspx There is a section on Residential Schools within the sources in the Library and Archives Canada.

MemoryBC - http://guides.library.ubc.ca/content.php?pid=478071&sid=3920235 They have the name of the archives of the attendance records at Residentail Schools

As a nod of the hat to the Ontario Genealogical Conference being held in Barrie, Ontario from May 29 to May 31, we are offering a 15% discount on our research and consultation services (ends 11 June at midnight).

Go to the Elizabeth Lapointe Research Services website www.ELRS.biz, or send an email with the subject "special" to genealogyresearch@aol.com to see how I can help you find that elusive Canadian ancestor!

If you missed this week’s edition, it is at http://genealogycanada.blogspot.com/2015/06/canadian-week-in-review-cwr-01-june-2015.html

Posted by Elizabeth Lapointe at 12:30 AM 2 comments: Links to this post