The line was taken over by the Grand Trunk Railway in August 1882, and in time, it became a major part of the Canadian National Railway's southern Ontario routes. The majority of the mainlines remain in use to this day.

To read more about the railroad, go to https://en.wikipedia.org/wiki/Great_Western_Railway_(Ontario)

Today, it is the fourth most populated city in North America, after Mexico City, New York, and Los Angeles.

And it is where the headquarters of the Ontario Genealogical Society has been located since the 1980s with the North York Public Library system as their office space.

Archaeologists have unearthed Beothuk arrowheads and fire pits containing bones, after working over the summer along the banks of the Exploits River.

When tourists came to town to ask about Perkins House this summer, they were asked to support efforts to shore up the building’s flimsy foundation

Geoffrey Paton of Charlottetown discovered that his great-great-great-great-grandfather, Samuel Cunard, who helped establish the British and North American Royal Mail Steam Packet Company, was quite the man.

The island is just the right size for touring--about 168 miles long and no more than 36 miles wide. By driving along the scenic routes of the six enticing day tours outlined in the Visitors Guide, you’ll find that Island history lives on–from the native Mi’kmaq inhabitants to the early settlers from England, Ireland and Scotland. Or visit the regions of Evangeline, Tignish or Rustico to share the lively Acadian culture.

Enterprise along the river: A major meat-packing operation once stood on the shores of the Otonabee River at Little Lake

THE JOY OF GENEALOGY: What did your ancestors do for a living?

The African-Canadian military heritage in Canada is still generally unknown and unwritten.

Many Canadians of all races are totally unaware that African-Canadians served, fought, bled and died on many battlefields for the cause of freedom. The fact that approximately 600 African-Canadian soldiers served in a segregated, non-combatant labour battalion during First World War has been one of the best kept secrets in Canadian military history.

Crews were called in early Friday morning to the old Bassano train station in Beiseker.

A new Field of Fame honouring prominent contributions to Calgary was unveiled Thursday at the McDougall Centre with family members present.

This week saw the intersection between heritage and history in Canada, with a sprinkling of genealogy thrown in for good measure.

A new campaign for the Hudson’s Bay Company 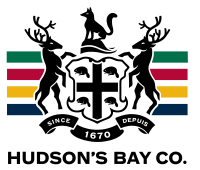 The Toronto agency, Red Urban, has launched a new campaign for the Hudson’s Bay Company (HBC),  which includes the brand’s first-ever broadcast spot.

It's a 60-second spot, which made its debut during the Emmy's, is promoting the HBC History Foundation’s launching of a new series of historical narratives exploring Canadian history.

The HBC is nearly 350 years old. It was established in 1670, was founded as the ‘Company of Adventurers trading into Hudson Bay.’

It's archives are at the Archives of Manitoba at https://www.gov.mb.ca/chc/archives/hbca/

These archives were in London, England until 1970, when they were transferred to Manitoba.

There is an Online Finding Aid at https://www.gov.mb.ca/chc/archives/hbca/resource/index.html

40 years since the dawn of the Cold War

The Military Museums in Calgary opens a unique exhibit on Saturday 26 September 2015, marking the 40th anniversary of the Cold War between Russia and the Allied Counties - of which Canada was one.

The CF-18 Hornet, CF-5 Freedom Fighter, CF-104 Starfighter and the F-86 Sabre are the highlights of the exhibit, but this is not just about aircraft. The exhibit features artifacts and descriptions of a time when the threat of nuclear war was all-too real.

During those tense decades, 37 Canadian airmen were killed in crashes involved the CF-104 alone.

To see the times of the exhibit, go to http://www.themilitarymuseums.ca/

Sixty countries around the world took part in World Rivers Day, held on the last Saturday in September.

It was established by Mark Angelo, a native of British Columbia, an active and internationally celebrated river conservationist.

This year is the 35th anniversary of British Columbia Rivers Day, and this year it is especially timely for British Columbia because of the warm, dry weather they had this summer, It caused the rivers to reduce their water flows to low levels and higher water temperatures caused problems for the fish.

The site at http://www.cangeoeducation.ca/resources/rivers_of_canada/default.asp has
Educational Materials, and discover some of the great rivers of this county.

Quebec name changes have been ordered 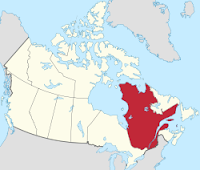 And finally, after the news erupted this summer about the unacceptable N-word in 11 place names in Quebec, the Quebec Toponymy Commission has ordered name changes.

This is a victory for Rachel Zellars, a PhD student at McGill University who started a petition to get the names removed.

For example, some of the places are Niger River, near Sherbrooke, Lac du Nègre and Ruisseau du Nègre in west Quebec, and Rivière du Nègre near Drummondville, Le Buttereau-du-Nègre on Îles-de-la-Madeleine and Lac à Ti-Nègre near Shawinigan.

So for genealogists out there who have ancestors who lived in these areas, please make note of this change which will occur with the names. The new names should be released shortly.

And that was the week in Canadian heritage, history and genealogy news!

Check the Canadian Week in Review (CWR) every Monday morning for the latest in Genealogy, Heritage, and History news in Canada.If you missed last week’s edition, it is

It’s the ONLY news blog of its kind in Canada!
Posted by Elizabeth Lapointe at 12:30 AM No comments: