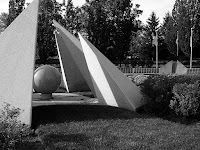 In 1950, a total of 8,691 enlisted to date in the Canadian Army Special Force for service in the Korea War, and in 1953, thirty Canadians were freed in the final exchange of PoWs with the North Korean Communists.

For further information, go to https://en.wikipedia.org/wiki/Canada_in_the_Korean_War 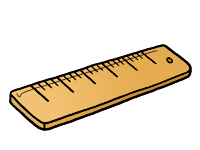 In 1977, the Canadian provincial governments converted highway signs to metric. All provinces, except Québec and Nova Scotia, were converted to the metric system.

For further information, go to http://www.thecanadianencyclopedia.com/en/article/metric-conversion/ 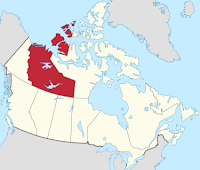 In 1996, Northwest Territories residents vote to keep that name for the western part of territory after the eastern part becomes the territory of Nunavut in 1999.

For further information, go to https://en.wikipedia.org/wiki/Northwest_Territories

When Kelly Van Camp told his wife, Darlene Irwin, that he had found an old house for them in Winnipeg, she thought, "Oh no, not again."

"Darlene vetoed it after she arrived," Van Camp said with a laugh. "But by then it was too late. The deal had gone through."

Had they known how special their new neighbourhood would become to them and others, Irwin might have been less hesitant.

Piece of Sept. 11 history passes through northern Nova Scotia on way to Gander

The section of steel is on its way to Gander, N.L., from New York City as a gesture of thanks for how that Newfoundland community rallied behind hundreds of stranded air travelers and flight crew on that day 15 years ago Sunday.

Was a relative on the Hector to Nova Scotia in 1773?

“BBC Scotland is on the lookout for Scottish-Canadians and Scottish-Americans descended from those on the ship the Hector. On September 15th 1773, the vessel landed at Brown’s Point in Pictou in Nova Scotia. The tired three-masted cargo vessel had almost not made it, overcoming terrible sickness and epic sea storms. But when the 189 Highlanders disembarked, it would change Canada forever. The Hector was the first ship to directly transport passengers from Scotland to Nova Scotia. The historic voyage marked the beginning of a massive wave of immigration that would shape the future of North America.”

Halifax regional council rejected a motion Tuesday to give heritage designation to a home in the south end of the city that is already "halfway to being torn down."

Taxpayers paid about half of the $865,000 earmarked for the effort, which includes a recently aired CBC documentary and a soon-to-be opened "360-degree cinematic experience." It cost $25 million to rebuild the ship.

The Glace Bay Heritage Society is inviting the public to come and meet a “secret heritage hero.”

Hannah Hardy of Albany, P.E.I., says she will be thinking of Remembrance Day in a different way this year after her recent trip to the Canadian National Vimy Memorial Park.

Black River Road is an intriguing piece of social history that has a few surprising things to tell us about life, love and crime in 19th-century New Brunswick.

Long before René-Lévesque Boulevard became one of Montreal's busiest streets, it was home to a Protestant burial ground where some of the city's early Scottish settlers paid tribute to their dead.

A little piece of history in the core

This tale begins long before Bolton was born at a small sea-port along on the Atlantic coast even before its neighbours, the 23rd State of the United States, was created by compromise. The village by the sea was founded by Loyalists fleeing America after her War of Independence and named after the famous Scottish town of St. Andrews.

A researcher at Western University is looking for stories of Jewish-Canadian women who were on the home front during the Second World War.

Names in the popular database of Irish census records dating from 1901 and 1914 were mistranscribed by a Canadian archival and library institute, claims the London Times.

JOY OF GENEALOGY: The autumn equinox is the perfect time to remember - and honour - your ancestors

This year, on Sept. 22, we will once again experience the autumn equinox. This is one of only two days each year when daylight and darkness are the same length; when the sun rises in the true east and sets in the true west.

Third Avenue United Church is a step closer to becoming a heritage property.

The City's Municipal Heritage Advisory Committee is supporting the idea and will indicate that to City Council and Administration.

The Ontario Genealogical Society has a new ED

He has been a professional administrator at a number of non-profit sector for more than 25 years. He established the publications service for the University of Guelph prior to becoming the Director of Publications at the College of Family Physicians of Canada where he was responsible for Canadian Family Physician/Le Médecin de famille du Canada, the national peer-reviewed journal in family medicine. He also served as the Chief Operating Officer of the College’s Research and Education Foundation. As Executive Director of the Alberta Diabetes Institute at the University of Alberta, he developed the institute’s administrative support for its 40 biomedical researchers.

We wish him lots of good luck as he assumes his duties.

Word has come to us from Lee Harvie on the NS listserve that there has been an addition to Find A Grave search page that makes it easy to narrow down the results when looking for Canadian memorials and cemeteries.

Designed by Ken Lange, the Canadian search page allows you to narrow down your search by name and province, or cemetery and province, and this certainly simplifies the research.

The Find A Grave search page for Canada is here
https://dl.dropboxusercontent.com/u/37259330/findagrave_canada_search_fix.html 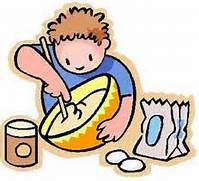 The Library and Archives Canada (LAC) has put on an interesting display of cooking books they hold in their collection
https://thediscoverblog.com/2016/09/08/cooking-images-now-on-flickr
They say that “Our culture and technology have shaped these books and recipes over time, and it affected our relationship with food and cooking throughout our history” and it is true.

Sponsored by Elizabeth Lapointe Research Services -The Canadian Cross-Border Researcher. To learn more about the research services offered by ELRS, go to www.elrs.biz