Newfoundland is NOT in the 1921 Census 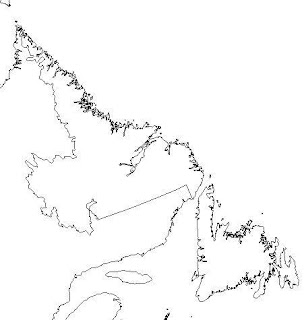 I have had a number of people ask what has happened to Newfoundland. It’s not in the 1921 Canada census on Ancestry.ca.

No, it isn’t there because it didn’t become a province until 1949.

However, they did have a 1921 census of Newfoundland and Labrador, and it has been opened for a number of years.

You can access it at the Library and Archives Canada on microfilm , and the transcript is at the Newfoundland Grand Banks website at http://ngb.chebucto.org/C1921/121-dist-idx.shtml

The districts of Bay de Verde, Bonavista, Fogo, and Labrador have not survived.
Posted by Elizabeth Lapointe at 12:00 PM No comments: Links to this post

There have been a number of questions on the 1921 Census  -

First of all, please be reminded that it is FREE, either as a fourteen day or a month trial period at Ancestry. It is free to Ancestry subscribers (if they have a subscription to Ancestry.ca in their package), and is free to people who go to a library - if the library subscribes to Ancestry services.

On http://www.bac-lac.gc.ca/eng/news, you can read the press release at Library and Archives Canada, and that should answer some of your questions.

Posted by Elizabeth Lapointe at 11:35 AM No comments: Links to this post