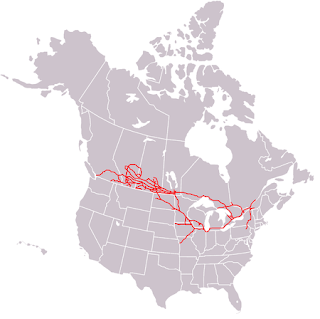 In 1887, the main line of the Canadian Pacific Railway (CPR) was opened for public traffic. Trains had been running from Montreal to Vancouver for a year, but passengers now could ride all the way on 4,700 kilometres of CPR track.

To read more about the CPR, go to http://www.cpr.ca/en/about-cp/our-history

In 1906, the city of Saskatoon was incorporated.

The city was started in 1882, when the Toronto-based Temperance Colonization Society was granted 21 sections of land on both sides of the South Saskatchewan River, between what is now Warman and Dundurn.

The people wanted to set up a "dry" community in the Prairies. 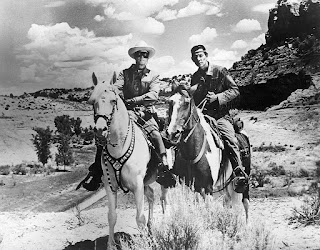 In 1919, actor Jay Silverheels was born Harold J. Smith on the Six Nations Reserve near Brantford, Ontario. Silverheels, who was also a star boxer and lacrosse player, is best known as The Lone Ranger's sidekick, "Tonto," on television and in movies during the 1950s.

To read more about Jay Silverheels, go to http://en.wikipedia.org/wiki/Jay_Silverheels

(Video) Old ambulances roll back into action for salute to Alberta paramedics
http://globalnews.ca/news/2016877/old-ambulances-roll-back-into-action-for-salute-to-alberta-paramedics/
A Calgary collector is showing off his old ambulances as part of National Paramedic Services Week, which was held May 24 to May 30.
Dr. Tim Prieur has six of the vintage vehicles dating back to 1952 — all still in working order.

(Video) Assumption Church named a Top 10 endangered place in Canada
http://blogs.windsorstar.com/news/assumption-church-named-top-10-endangered-place-in-Canada
It is the most recent structural incarnation of what started as a Jesuit mission on the southern shores of the Detroit River in 1747, on land donated by the Hurons. It is the oldest parish in Canada west of Montreal — and the forerunner of Assumption College, which became the University of Windsor.

(Video)Perkins House in Liverpool closed indefinitely after 249 years http://www.cbc.ca/news/canada/nova-scotia/perkins-house-in-liverpool-closed-indefinitely-after-249-years-1.3088577
Nova Scotia has closed the province's oldest museum indefinitely because of structural problems and museum officials are worried about its fate because a cash-strapped government has yet to commit to fix it.

The Amateur Genealogist: The importance of searching original records
http://www.mykawartha.com/opinion-story/5643169-the-amateur-genealogist-the-importance-of-searching-original-records/
One of the remarkable features of beginning genealogists is their startling reliance on data on the web.

Researchers hope public can shed light on Franklin Expedition http://www.theglobeandmail.com/news/british-columbia/researchers-hope-public-can-shed-light-on-franklin-expedition/article24608579/
The discovery of the ill-fated Franklin Expedition has left much unanswered, researchers say, and they’re hoping the public and students can help solve the mystery.

70 years of tulips: Netherlands' King, Queen make first state visit to Canada http://www.ctvnews.ca/canada/70-years-of-tulips-netherlands-king-queen-make-first-state-visit-to-canada-1.2393621
The Netherlands' King Willem-Alexander and Queen Maxima arrived in Ottawa Wednesday to kick off a three-day state visit to Canada. The trip is another gesture of goodwill between the two countries that have been close friends since the Second World War.

Manitoba Day was heartily celebrated
http://www.winnipegfreepress.com/our-communities/herald/correspondent/Manitoba-Day-was-heartily-celebrated-304910121.html
The Province of Manitoba was created on May 12, 1870, when the Manitoba Act was passed by the Parliament of Canada and received royal assent. The act was subsequently proclaimed on July 15, 1870 when Manitoba entered into Confederation and became Canada’s fifth province.

Victoria Police bobbies put the ‘British’ in British Columbia
http://www.cheknews.ca/victoria-police-bobbies-99341
The Victoria Police Department is the oldest police force west of the Great Lakes, and these civilian volunteers, dressed in historically-inspired bobby uniforms, are another sign that Victoria is the capital of “British” Columbia.

Stories in the News

This past week was Aboriginal Awareness Week.

It was started in1992 with the purpose of increasing awareness of Aboriginal peoples within the federal public service.

But since then, it has evolved and grown into a government-wide celebration that gives federal public servants from across Canada the opportunity to participate in a week of interactive activities that honour the cultures and traditions of the Métis, Inuit, and First Nation peoples.

To go along with the idea on Aboriginal Awareness Week, the government has released a few statistics.

According to Statistic Canada there are a total of 1,172,790 people who identify as Aboriginal.

Throughout Canada, the people who self-identify as Aboriginal make up 4% of the Canadian population. There are approximately 370 million indigenous people internationally. Canada's Aboriginal population is growing faster than the general population, increasing by 20.1% from 2001 to 2006.

It is estimated that Aboriginal people could account for 4.1% of Canada's population by 2017, but this proportion would be significantly larger in Saskatchewan (20.8%) and Manitoba (18.4%).

You can view videos at http://www.pc.gc.ca/eng/media/video/galerie-gallery.aspx?def=avideoType=45A3CBC1-4612-46FC-913B-CB09B1987316. These videos cover History and Culture, Travel and Recreation, and Nature and Science.

The Canadian Museum of History has put together an virtual exhibit entitled First Peoples of Canada at http://www.historymuseum.ca/cmc/exhibitions/aborig/fp/fpint01e.shtml, which holds profiles some of the Aboriginals people in Canada.

So even if you cannot go to the different events which will be held this summer in communities across the country, there are plenty of activities online which may interest you.

Just go to Elizabeth Lapointe Research Services website at www.elrs.biz, or send an email with the subject "special" to genealogyresearch@aol.com to see how I can help you find that elusive Canadian ancestor!

Research Tip! Are you looking for maps? How about going to the Archives of Ontario and looking at the maps they have of Ontario at http://www.archives.gov.on.ca/en/explore/gallery/on_the_map.aspx?