Organized to operate out of his home, in 1901, it was the first Credit Union on the North American Continent. Under his leadership, other credit unions came into being across Canada.

For further information, go to https://en.wikipedia.org/wiki/Alphonse_Desjardins_(co-operator)

In August 1896 Joseph Ladue, a trader and prospector, staked the flat as a town in anticipation of a rush into the Klondike Valley – the Klondike Gold Rush.

For more information, go to https://en.wikipedia.org/wiki/Dawson_City

In 1991, the Canadian government agreed to create a third territory in the North called Nunavut. It officially became a territory on April 1, 1999, and is the newest, largest, northernmost, and least populous territory in Canada.

The capital Iqaluit was formerly known as Frobisher Bay, and it is located on Baffin Island.

For more information, go to https://en.wikipedia.org/wiki/Nunavut

There will be a new Ontario Genealogical Society Twitter account @OntGenSociety at: https://twitter.com/OntGenSociety. The old account will remain open until January 8th to give our current followers time to move over to the new one.

If you haven't followed us yet, you welcomed you to do so.

Here's a look at what was making the news 25 and 50 years ago in the Hants Journal, Nova Scotia.

(Video) Victims of communism monument should be moved off controversial site, government says

The federal government is asking for the planned monument for victims of communism to be moved off a controversial site near the Supreme Court of Canada and back to the originally planned site at the Garden of the Provinces and Territories, farther west of Parliament Hill.

The conference will be held in Ottawa on June 16-18, 2017 at Algonquin College. The theme of the conference is Our Canada – Your Family: Building a Nation. As 2017 will be the 150th anniversary of the birth of Canada, Ottawa Branch OGS will host the annual OGS conference and give the Conference a national flair, bringing together genealogists and family historians from all over Canada. We are looking for speakers and talks of interest to genealogists from all provinces.

N.S. to discuss options for controversial Cornwallis statue in Halifax

The name of a British military officer once lauded as Halifax’s founder is splashed across the capital city, serving as a constant reminder to the Mi’kmaq community of their ancestors who died under his scalping proclamation more than 260 years ago, says Mi’kmaq elder Daniel Paul.

Troublesome history, characters, and their names

In retrospect, should some people and historical figures be honoured with place names?

Let’s take the name Cornwallis. After a mitigated military career in Europe and the near massacre of Scots at Cullodon, Edward Cornwallis was appointed as Governor of Nova Scotia in 1749.

He chose the site and immediately began establishing the city to be called Halifax. His stay was not long though, leaving in 1752.

A Nova Scotia man working on a demolition job got the surprise of his life this week -
a Nazi German coin – a 1 Reichspfennig.

At the risk of using up more than my fair share of space in the Cape Breton Post, I would like to respond to the letter by Dr. Lee-Anne Broadhead ('Memorial would hijack true remembrance,' Nov. 30).

A new course being launched at Cape Breton University in the new year will try to share Mi'kmaq history, culture and wisdom with the world.

It's called Learning from Knowledge Keepers of Mi'kma'ki and is CBU's response to the Truth and Reconciliation Commission, many of the whose 94 recommendations relate to education.

Deep in the crevices of the Jewish Public Library’s archives lie fascinating ephemera of a Montreal from decades and even centuries past.

How a statue debate can (re)write history

The debate over whether to knock statues of controversial figures off their pedestals has erupted again in Canada, as history writers and academics in two cities differ over how the present should influence the honouring of the past.

Walking Toronto through its Muslim history

There was a walk on Sunday in Toronto called “The History of Muslims in Toronto.”

Chiming in on history and peace

The bell has been a not-so-silent witness to local and national history for more than 160 years.

The bell was initially installed on the roof at the former St. John School in Fort Erie in the 1850s. In 1918, the bell rang out to mark the end of the First World War.

First Nations people hoping to hold onto the traditional language of Oji-Cree will have a new tool to help them.

Pocket Oji-Cree is a phrase book being launched in Thunder Bay, Ont. on Saturday, Dec. 19.

Construction at a site on Sparks Street, Ottawa, between Metcalfe and Elgin streets, was halted over the noon hour on Thursday when workers discovered bones.

Police stopped work on the site behind 62 Sparks St. after workers came across the remains.

Malcolm McCormick was a native of Puslinch Township, born on August 29, 1854, the eighth child of ten, to William McCormick and Betty McMillan. His parents emigrated from Argyllshire, Scotland in 1841 and were among the original settlers of the district.

Mormons are helping Saskatchewan bring its archives into the future.

Since 2006, Robert Dilts — a member of the Church of Latter Day Saints — has taken about 650,000 pictures every year of documents at the Provincial Archives of Saskatchewan, previously known as the Saskatchewan Archives Board, so there is a stored digital form of the record.

Alberta Heritage projects get $790,000 in grants

Rallying the troops to save CFB Chilliwack's history

Carol Law is rallying the troops to help save the future of our military past.

She may seem like an unlikely candidate to be spearheading the charge, as someone who never served in the military, but she’s a passionate advocate for those who did.

The Ontario Genealogists Society has changed it's view on hosting Webinars. Ever since it started, the Webinars had only been opened to the members, but now it is open to the first 100 who registrar.

Go to https://ogs.on.ca/webinars.php to register. You will receive an e-mail confirmation with your own personal link to join the webinar. Automated reminder e-mails are set for 3 days prior, and 1 hour prior to the live presentation.

One last word about Ancestry 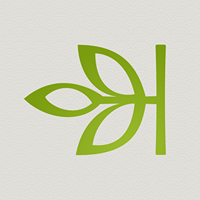 And if you still need some guidance on the Ancestry matter of discontinuing the Family Tree Maker software, Dear Myrt's Genealogy Hangout on Air at https://plus.google.com/communities/104382659430904043232, is a good refresher. She points out other software which is available to use.

And fellow Canadian, Louis Kessler from Winnipeg has a few words to add also. His webpage is at https://plus.google.com/+LouisKessler/posts

Both Mario and I would like to wish everyone the very best of the Holiday, and the Canadian Week in Review (CWR) will be in your mail box next Monday morning, as usual.