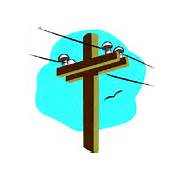 05 January 1998 - The Ice Storm of 1998, caused by El Niño, hit southern Ontario and Quebec, resulting in widespread power failures, severe damage to forests, and a number of deaths.

(That day will live with me forever. I was awoken in the early morning by our dog to hear crashing noises as transformers blew. I went to the front door, and the sky was lit up by by the lights as the power went off, and the days of unrelenting freezing rain continued. We were without power for four days. And we went under another freezing rain alert again this past week and lost more limbs off of trees once again, including a big branch from our beautiful giant Fir.)

If you want more information, go to https://en.wikipedia.org/wiki/January_1998_North_American_ice_storm

On Saturday, June 14, 1919 British Royal Air Force officers Arthur Whitten Brown and John Alcock took off from a bumpy field in St. John’s, Newfoundland and soared into history as the first to fly the Atlantic Ocean non-stop. The takeoff site was christened “Lester’s Field” by Brown for the family that owned the property.

CFTA Tantramar Community Radio and the Tantramar Radio Players are taking to the airwaves to present The 1867 News. The show will begin later this month and feature daily newscasts from 150 years ago, when Canadians were preparing to enter into the federation known as Canada.

A Canada 150 project from Annapolis Royal, N.S., weaving the rich history of the region into a traditional Scottish tartan has a Cochrane connection.

Kimberly Gunn, who lived in Cochrane for 10 years before moving to Nova Scotia five years ago, has a strong link to the community. She and her husband come back to visit as often as they can, were bagpipers in the Cochrane Pipe Band, and Gunn continues to publish the Cochrane Visitors' Guide.

Neglect, corruption and the history behind Halifax's deadliest fire.
http://www.cbc.ca/news/canada/nova-scotia/deadly-halifax-fire-poor-house-30-killed-1.3918547

The devastating fire broke out just before midnight at a Halifax institution, consuming everything in its path and taking the lives of 30 vulnerable people who had been asleep in their beds.

More than a century later, a local author is delving into the shady history of the Halifax Poor House fire, which remains the deadliest blaze to ever occur in the city.

From the archives: Awarding of a gold-headed cane to the first ship of the year started in the 1840s
http://montrealgazette.com/news/quebec/from-the-archives-awarding-of-a-gold-headed-cane-to-the-first-ship-of-the-year-started-in-the-1840s

For most of Montreal’s long history, it was far different. Winter ice made the river impassable to sailing ships at least from mid-December to mid-April, and the advent of more powerful steam-driven ships in the middle of the 19th century didn’t extend the season by much.

From the archives: Bonsecours was a market with style — and pretensions of grandeur — in 1847
http://montrealgazette.com/news/quebec/from-the-archives-bonsecours-was-a-market-with-style-and-pretensions-of-grandeur-in-1847

On Jan. 6, 1847, Bonsecours Market still was not finished. Sharp eyes could see workers’ tools and supplies lying about. The police station in one of the building’s wings and the weighing station in the other — “superseding the wretched looking place now occupied for that purpose,” as the Gazette put it — were far from complete.

Have you ever dreamed of being the sheriff of an old-timey frontier town? Perhaps you’re looking for a place to hitch your wagon? Or maybe you just wished you lived like a pioneer? Well, for the tidy sum of $2.8 million, you can turn those fantasies into reality in southern Quebec.

From the beaver and the moose to poutine and maple syrup, Canadian symbols will be on display at Museum London next week in preparation for the country's 150th birthday celebration.

The museum collected a host of artifacts, images and artwork that have become known as symbols of Canada's national identity, according to Amber Lloydlangston, the museum's curator of regional history.

It was a construction crew working on a hospital expansion that first came across human remains in 2010 near the pastoral French town of Vendin-le-Vieil — remains that would later prove to be those of an unknown Canadian soldier.

Over the six years that followed, the remains of 18 more missing Canadians would be found in the same area, either in small groups or alone where they fell nearly a century earlier.

Col. John McCrae is teaming up with six other lions of Canadian history to help save the world in a new comic book.

The Guelph author of In Flanders Fields is the central character in a work of historical comic book fiction by a pair of Guelph residents titled Group of 7.

It started out as a typical day for Charles Gowen, a heavy-equipment operator at the Saskatoon landfill. It was his job to scrape away dirt from a borrow pit and layer it over the trash.

But on Sept. 1, 1977, when his grader had dug down about a metre, Gowen noticed that the colour of the soil was much darker, not its normal light sandy brown. Stopping to take a closer look, he found bone fragments and other organic material. 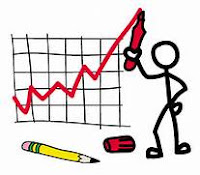 Well, have you made your New Years's Resolution, or do you call them something else, like goals for 2017? I prefer goals myself. I find that goals are more attainable, and I mention my goals in last week's newspaper http://genealogycanada.blogspot.com/2017/01/canadian-week-in-review-02-january-2017.html what I hope to attain in 2017.

I found that The Genealogy Weekly January 4 2017 from Boston has in its weekly survey resolutions for 2017, and the most popular was organizing research papers, files, and photographs; followed closely by sharing genealogical information with other members of my by family, and sharing family history with our younger generations of my family.

That sounds familiar, doesn't it? I wonder what the success rate will be?

Something new at the Library and Archives Canada

I received a blog post from the Library and Archives Canada (LAC) entitled Introducing LAC’s guest curator blog series and our upcoming exhibition!

They tell us to watch the LAC website at http://www.bac-lac.gc.ca/eng/Pages/home.aspx because there will be new and exciting blog articles, and upcoming exhibition - Canada: Who Do We Think We Are? And this is in recognition of the 150th anniversary of Canadian Confederation.

The blog says that we will hear from the staff who helped develop the exhibition, including anecdotes about their work at LAC. The series also includes articles by scholars, experts and ordinary Canadians, who all depend upon LAC’s collection, from across Canada—and even the other side of the globe!

And be sure to visit the physical exhibition in downtown Ottawa where you can see these, and many other Canadian treasures, in person. Canada: Who Do We Think We Are? will be on display free of charge at the LAC headquarters at 395 Wellington Street between June 1, 2017, and March 1, 2018.

It sounds great and worth the visit.

BTW, did you know that we celebrated our 9th blogiversary last week? We've been around since 02 January 2008! <http://genealogycanada.blogspot.com/2008/01/welcome-to-genealogy-canada-blog.html>

Sponsored by Elizabeth Lapointe Research Services. To learn more about the research services offered by ELRS, go to www.elrs.biz.

(c)2017 All rights reserved
Posted by Elizabeth Lapointe at 12:30 AM No comments: Links to this post