LAC: Soundex - How to find spelling variations of a surname 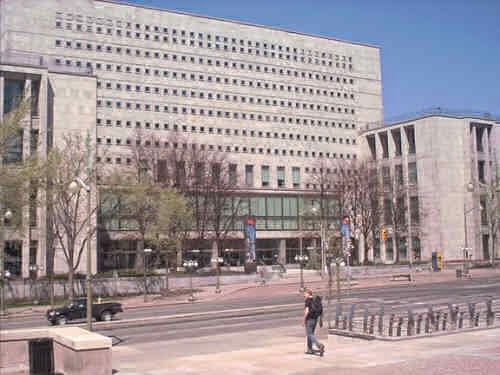 The Library and Archives Canada explains how to use the JOS Soundex code to find information on names that are difficult to find because of the way that they are spelled.
They say that “Many American archival records have been indexed using this system. It’s a way to search surnames while ignoring minor differences in spelling. The code uses the first letter of the surname, followed by three numbers associated with the sound of the name.
Letters of the alphabet are assigned a number (0 to 9). Vowels (A, E, I, O, U and Y) and the letters H and W are not considered. Also, if the same letter occurs twice in a row in the name, it is counted only once (e.g., Lloyd becomes Loyd). If there are fewer than 3 letters in the name, 0 is used for the last digit.”
To help you identify different spellings of surnames, we suggest that you use the following Soundex indexing site: Avotaynu Consolidated Jewish Surname Index at http://www.avotaynu.com/csi/csi-home.htm. It can also be used for non-Jewish surnames. To help you identify the Soundex code, you can use the JOS Soundex calculator found at http://www.jewishgen.org/JOS/jossound.htm.
So, speaking of ways to make genealogy research easier for you, have you entered the Canada Day Brick Wall Contest? This is the second year that I have had the contest and it closes at 6:00 a.m. EST on Tuesday, July 15th.
You can go to the website and get the details http://genealogycanada.blogspot.com/2014/07/happy-canada-day.html and get the details.
GOOD LUCK!
Posted by Elizabeth Lapointe at 6:04 AM 1 comment: Links to this post