In 1535, French explorer Jacques Cartier left St-Malo on his second voyage to Canada
http://www.historymuseum.ca/virtual-museum-of-new-france/the-explorers/jacques-cartier-1534-1542
This virtual website of the voyages of Jacques Cartier brings the details of his trips to Canada alive.

From the first solo flight of Charles A. Lindbergh on May 8, 1927 to Paris—to Amelia Earhart, the first woman to fly solo across the Atlantic to Northern Ireland in May 21, 1932—they both made their last North American stop in Newfoundland.

And why did they stop in Newfoundland? Because it was the closest landmass to Europe where they could stop and refuel the plane for the trip.

Read about Lindberg’s flight at http://en.wikipedia.org/wiki/Charles_Lindbergh#The_Orteig_Prize.2C_Spirit_of_St._Louis.2C_and_New_York-Paris_flight

Read about Earhart’s flight at http://www.findingdulcinea.com/news/on-this-day/May-June-08/On-this-Day--Amelia-Earhart-Embarks-on-Solo-Atlantic-Flight.html


Derksen drops plan to turn Dalnavert Museum into Candace House http://www.cbc.ca/news/canada/manitoba/derksen-drops-plan-to-turn-dalnavert-museum-into-candace-house-1.2651842
The long and contentious fight to rename the Dalnavert House and turn it into a home for victims of crime and their families has ended with the house to remain a museum.

Library and Archives Canada Acquires Important Artwork and Maps Related to Rupert's Land
http://www.digitaljournal.com/pr/1936704#ixzz32XWjb2uW
The LAC now has maps of Rupert's Land which was originally owned by the Hudson's Bay Company and included most of the western prairies and parts of what are now northern Quebec, northern Ontario, and Nunavut. The land was sold to the Government of Canada in 1869 for $1.5 million.

To read about Rupert’s Land, go to http://en.wikipedia.org/wiki/Rupert's_Land

Prince Charles, Camilla reflect on Canada’s history, achievements on second day of tour
http://o.canada.com/news/royals/prince-charles-camilla-reflect-on-canadas-history-achievements-on-second-day-of-tour
Charles commented on Canada’s contribution of so many soldiers, sailors and airmen to the liberation of Europe as the 75th anniversary of the start of the war approaches, calling it “an extraordinary contribution” from a country with a small population.

Web documentary sheds light on Inuit relocation in Arctic Canada
https://www.alaskadispatch.com/article/20140518/web-documentary-sheds-light-inuit-relocation-arctic-canada
A documentary website called "Iqqaumavara" (“I remember” in Inuttitut), the project is a co-production from the National Film Board of Canada and Makivik Corp., the Inuit land-claims organization in the Canadian province of Quebec.

To read more about the forced relocation, read https://www.alaskadispatch.com/article/forced-relocation-canadian-inuit-village-memorialized-56-years-later

Statement by the Honourable Shelly Glover, Minister of Canadian Heritage and Official Languages, on the Occasion of International Museum Day
http://www.digitaljournal.com/pr/1925128#ixzz329qzWXB2
Minister Glover said that “As we head toward Canada's 150th birthday in 2017, I encourage all Canadians to visit museums, to learn from them, and to reconnect with their history.”

Seeking a history I never knew
http://www.asianpacificpost.com/article/6179-seeking-history-i-never-knew.html
Learn the history behind the non-landing of Indian immigrants from a ship, the Komagata Maru in Port Alberni, British Columbia in 1914, and the way it was never covered in Canadian history until now.

Electronic Library Up And Running For Canadian National Parks
http://www.nationalparkstraveler.com/2014/05/electronic-library-and-running-canadian-national-parks25100
You can now go to the www.ParksCanadaHistory.com website and read electronic editions of publications with the aim of showcasing the rich history of the Canadian National Park System.

Kids aged 12, 13 go on rampage in Kemptville cemetery
http://www.ottawasun.com/2014/05/20/kids-aged-12-13-go-on-rampage-in-kemptville-cemetery
Three teenagers will have to pay by doing community service after they damaged 17 headstones in a cemetery near Kemptvillt (near Ottawa) last week.

Celebrating Chilliwack's Unique Agricultural Heritage: Parliamentary Secretary Mark Strahl Announces Funding for the Chilliwack Fair
http://www.marketwired.com/press-release/celebrating-chilliwacks-unique-agricultural-heritage-parliamentary-secretary-mark-strahl-1912787.htm
The Chilliwack Fair is the second oldest fair in British Columbia, and their website is at http://chilliwackfair.com

Author sharing family history
http://www.westernwheel.com/article/20140521/WHE0302/305219992/-1/whe03/author-sharing-family-history#CommentsArea
Lorraine Lohr Cathro is bringing to life more than 60 years of family history in a collection of short stories she hopes will captivate Alberta readers.

Exhibit captures dark part of our history
http://www.thesudburystar.com/2014/05/24/column-exhibit-captures-dark-part-of-our-history
There is a travelling exhibit travelling Ontario this summer that has been put together by Toronto’s Columbus Centre called Ordinary Canadians, Extraordinary Times: Italian Canadian Experiences during World War II, and this weekend it will be at the Anderson Farm Museum, Sudbury.

The exhibit is about some 31,000 Italian Canadians that were designated enemy aliens by the Canadian government, and approximately 600 of these individuals were sent to internment camps, like Camp 33 in Petawawa, Ottawa during the Second World War. 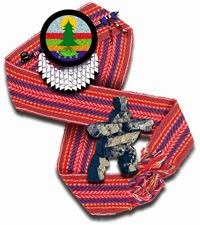 Aboriginal Awareness Week was started in 1999 “to provide national leadership and support within Parks Canada on matters relating to Aboriginal peoples and to facilitate the strengthening of relationships with Aboriginal Peoples”.

Canada recognizes three distinct people are they are the First Nations people, the Inuit and the Métis, and according to Statistic Canada, there are a total of 1,172,790 people who identify as Aboriginal.

Aboriginal Awareness Week was held the third week in May, and in June, there will be National Aboriginal History Month, and a National Aboriginal Day to be held on June 21st.
There is a video called Working Together: Our Stories at http://www.pc.gc.ca/eng/agen/aa/video.aspx