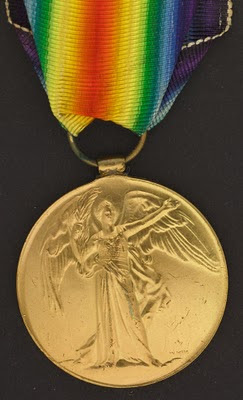 Through this online database, researchers can access more than 113,000 references to medal registers, citation cards, and records of various military awards. In addition to archival references, this research tool includes digitized images of some medal registers.

The database is available at: www.collectionscanada.gc.ca/databases/medals/index-e.html

I did not know that he was in the militia, and that he had received the Canada General Service Medal as noted below www.collectionscanada.gc.ca/databases/medals/001099-110.01-e.php?PHPSESSID=u8farn7vbbhl9hqp3oa83u73m5&q1=Webster&q2=Barclay&q3=&q4=&q5=&q6=&interval=2 -

There is a very brief account of him and his life on Wikipedia, as follows -

Barclay Webster (September 16, 1849 – ) was a lawyer, judge and political figure in Nova Scotia, Canada. He represented King's County in the Nova Scotia House of Assembly from 1890 to 1894 as a Liberal-Conservative member.

He was born in Kentville, Nova Scotia, the son of Henry Bentley Webster, a lawyer, and Mary Ina Barclay. Webster was educated at Acadia College, Dalhousie University and Harvard University. He was called to the Nova Scotia bar in 1872 and set up practice in Kentville. He married Ethel, the daughter of Leverett de Veber Chipman, in 1877. In 1890, Webster was named King's Counsel.

His son, L. Beverley Webster, died in London after fighting in the Boer War.
Posted by Elizabeth Lapointe at 6:20 AM No comments: