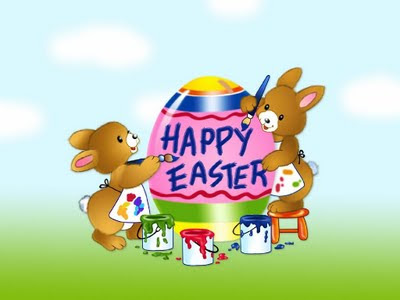 Have you seen this notice from Ancestry.ca? All Canadian marriages look-ups are free from today until April 30!

Just go to http://search.ancestry.co.uk/search/group/Canada_Marriages
Enjoy!
Posted by Elizabeth Lapointe at 5:35 PM No comments: 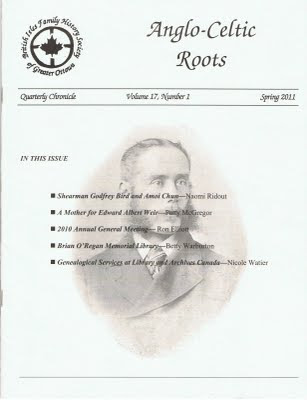 The Spring issue of Anglo-Celtic Roots (a quarterly publication of the British Isles Family History Society of Greater Ottawa) is here, and in it is an article by Naomi Ridout "Shearton Godfrey Bird and Amoi Chun: From Colonial Hong Kong to Pioneer Barrie, Ontario" in which she recounts the story of a British Army Officer who marries a Hun Chinese woman in 1859, and they eventually settled in Barrie. They were her great-great-grandparents.

In the second article "A Mother for Albert Edward Weir" the author Patty McGregor uses the census reports from 1861, 1871, 1881, and 1891 to try to find out who the mother was for Edward Weir. Was she successful? You will have to read the article to find the answer.

Besides giving a report of the last AGM (held last June, 2010), the issue also has a history of "The Brian O'Regan Memorial Library" written by Betty Warburton, who has been a librarian there from the beginning.

Scattered throughout this issue is reminders of the BIFHSGO Conference which will be held this year on Sept 16 to the 18th.

This year it will feature Wales and England with a focus on London and Home Countries.

You can go to www.bifhsgo.ca for more information.
Posted by Elizabeth Lapointe at 8:18 AM No comments: