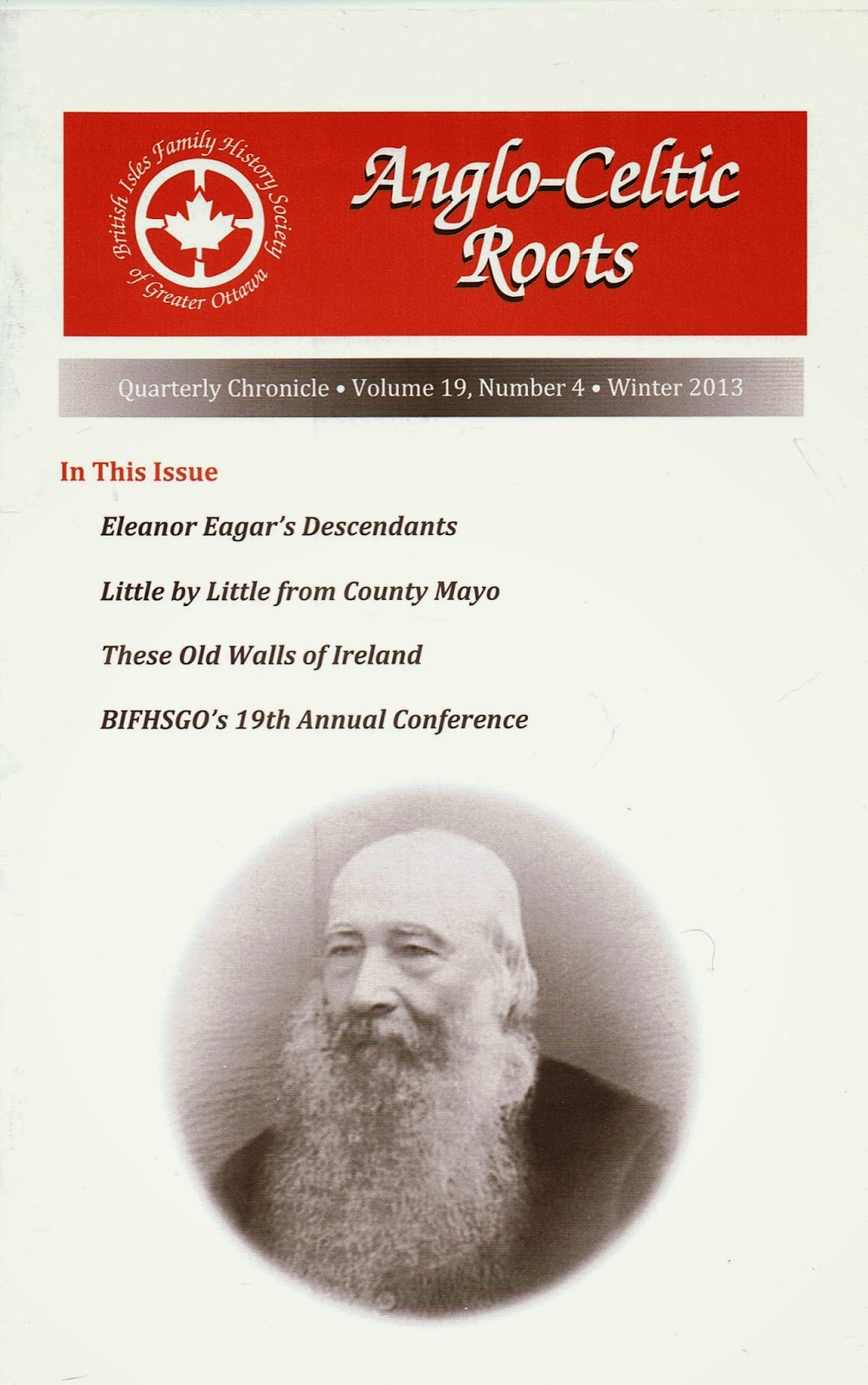 The Winter 2013 issue of Anglo-Celtic Roots continue to live up to its mandate in bringing family history to the British Isles Family History Society of Ottawa (BIFHSGO) members.

In this issue, there are articles by –

Eleanor Eagar’s Descendents by Carolyn Emblem, in which she tells us about her great-grand-Aunt Eleanor’s travels across three countries – England, Australia, and New Zealand, and her various marriages.

Little by Little from County Mayo to Fitzroy and Beyond  by Brenda Krauter, in which she writes about the Little family who came to the Ottawa Valley during the Great Potato Famine, and the brick wall that they presented to a genealogical researcher.

These Old Walls of Ireland – Recording of Memories by Philip Donnelly is a summarized version of the Don Whiteside Memorial Lecture at the BIFHSGO conference last fall, in which Donnelly give an overview of the projects that are preserving memories of Ireland’s past, and they are -


The Anglo-Celtic Roots also has regular columns by members John D. Reid called The Cream of the Crop, and by Betty Warburton called The Bookworm, as well as a report on the Conference of  2013.

Their Facebook page is https://www.facebook.com/pages/British-Isles-Family-History-Society-of-Greater-Ottawa/149788348437126
Posted by Elizabeth Lapointe at 9:06 AM No comments: Links to this post