Quebec City's Museum of Civilization is on fire 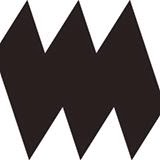 The CBC has reported that Quebec City's Museum of Civilization is on fire.

Apparently, the fire started around one o’clock, and the museum had been undergoing repairs at the time.

There are no reported injuries.

The website for the Museum of Civilization is at https://www.mcq.org/fr/

The Facebook page is at https://www.facebook.com/mcqorg
Posted by Elizabeth Lapointe at 4:25 PM No comments:

I have come across the following Canadian websites, social media items, and newspaper articles this past week that were of interest to me, and I thought you might be interested in them, too.

To read the history of this iconic Canadian retail institution, go to http://en.wikipedia.org/wiki/Canadian_Tire


(Video) Gone Again | Willow Anderson on the shifting of patterns
http://www.cbc.ca/news/canada/newfoundland-labrador/gone-again-willow-anderson-on-the-shifting-of-patterns-1.2764299
Learning how to shift in and out of a lifestyle where one person is gone and then returns takes patience from each partner as well as their families and friends

(Video) Heading to Alberta? The Rockies are amazing, but don't skip the Badlands
http://canadaam.ctvnews.ca/travel/heading-to-alberta-the-rockies-are-amazing-but-don-t-skip-the-badlands-1.2003654#ixzz3DCraj5Da
Loren Christie, travel writer for CTV, tells us not to forget that the large area east and southeast of Calgary offers a variety of sites and activities that are too good to be missed.

(Video) Cherryvale’s 87-year-old covered bridge being disassembled
http://globalnews.ca/news/1553642/cherryvales-87-year-old-covered-bridge-being-disassembled/
The covered bridge has had to be removed from the Canaan River this week, after flooding and ice broke the bridge free in the spring.

The Man Who Lived Airplanes - The Life of Keith B. MacDonald
http://macdonellfamily.wordpress.com/
This is a new blog started by Bonnie Jean MacDonald from the US: she has been taking trips to Ontario to research her Loyalists ancestors.

ED COLEMAN HISTORY: How did Kentville get its name?
http://www.novanewsnow.com/Opinion/2014-09-06/article-3859222/ED-COLEMAN-HISTORY%3A-How-did-Kentville-get-its-name%3F/1
Did you know that Kentville started out as Horton Corner? In 1826, it changed its name to Kentville.

Down the line on P.E.I.
http://www.theguardian.pe.ca/150th-Charlottetown/2014-09-08/article-3861850/Down-the-line-on-P.E.I./1
A special series on descendants of the Island Fathers of Confederation leads to surprises, trends, and opportunities to remember.

The First World War: Excerpts from the diary of Woodman Leonard
http://www.ottawasun.com/2014/09/12/the-first-world-war-excerpts-from-the-diary-of-woodman-leonard
In this installment, the fear of gas attacks on the troops grew day by day, even on their horses.
For links to the other installments, visit last week's CWR post at -
http://genealogycanada.blogspot.com/2014/09/anadian-week-in-review-08-september-2014.html

African American cemetery could get Ontario heritage designation
http://www.cbc.ca/news/canada/windsor/african-american-cemetery-could-get-o ntario-heritage-designation-1.2762159
A small group is working hard to try to preserve one of the 13 black cemeteries in the Windsor-Essex region by pushing for a provincial heritage designation.

Asking grandma beats online genealogical search
http://blogs.windsorstar.com/news/asking-grandma-beats-online-genealogical-search
Chelsea Meloche found that if she asked her grandmother to fill her in with family facts, she could start in genealogy the right way – by asking the previous generations about one's family first.

Newest national museum set to open in Winnipeg celebrating human rights
http://www.ctvnews.ca/canada/newest-national-museum-set-to-open-in-winnipeg-celebrating-human-rights-1.2004074#ixzz3DCwWQxf0
When Canada's newest national museum opens next weekend, it will mark the end of a 14-year journey sparked by one family's desire to have Canadians learn about the struggle for — and the fragility of — freedom.

Royal history to be revealed on tour
http://www.leaderpost.com/life/Royal+history+revealed+tour/10192366/story.html
Prince Edward, Earl of Wessex will make his 37th visit to Canada, from Sept. 17 to 19, with stops in Moose Jaw, Regina, Saskatoon, and Swift Current.

New immigrants get taste of Canada and its history
http://www.theprogress.com/community/274820991.html
A series of programs at the Chilliwack Family YMCA is doing its part to welcome new immigrants to Canada, educate them about our history, and make them feel at home right here in Chilliwack.

The value of heritage
http://www.vicnews.com/news/274777541.html
The Anglican Diocese of B.C. has applied for a demolition permit of a heritage building in Victoria, causing uproar in the James Bay community.


They have found a ship!

Parks Canada and their partners have been busy in the Arctic this summer looking for the Franklin Expedition (1845) which was trying to find the Northwest Passage, which would have been a shortcut to China from Europe. But on their second trip, Franklin and his ships never returned to England, and fleets of rescue ships over the years have never found them.

Posted by Elizabeth Lapointe at 5:16 AM No comments: