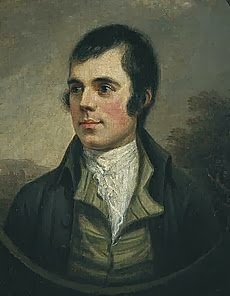 The 150th anniversary of the Caledonian Club of Prince Edward Island will be held throughout 2014, with special events to mark its sesquicentennial of Scottish culture and Island traditions to complement the history of the Club.

This year also marks the 255th anniversary of the birth of Burns (Jan. 25, 1759), known as Scotland’s favourite son, the Ploughman Poet and the Bard of Ayrshire, where many referred to him as The Bard.

The club is overjoyed to welcome back Tom MacDonald who makes his home in Arisaig, N. S., with his wife, Maria, and family. MacDonald and his guitarist, Rob Wolfe, have built up a considerable following on the Island, and are always delighted to performing on this side of the water.

In his day job, MacDonald is a lobster fisherman on the Nova Scotia’s Eastern Shore. But his real love is the wonderful music of his Scottish ancestors and the great songs of the sea.

In addition to MacDonald, Burns’ songs, music, poetry, and Highland dancing will be performed at the concert on Jan 24th".

The grand finale will include club members and performers on stage for the singing of Auld Lang Syne.

Posted by Elizabeth Lapointe at 7:33 AM No comments: Links to this post