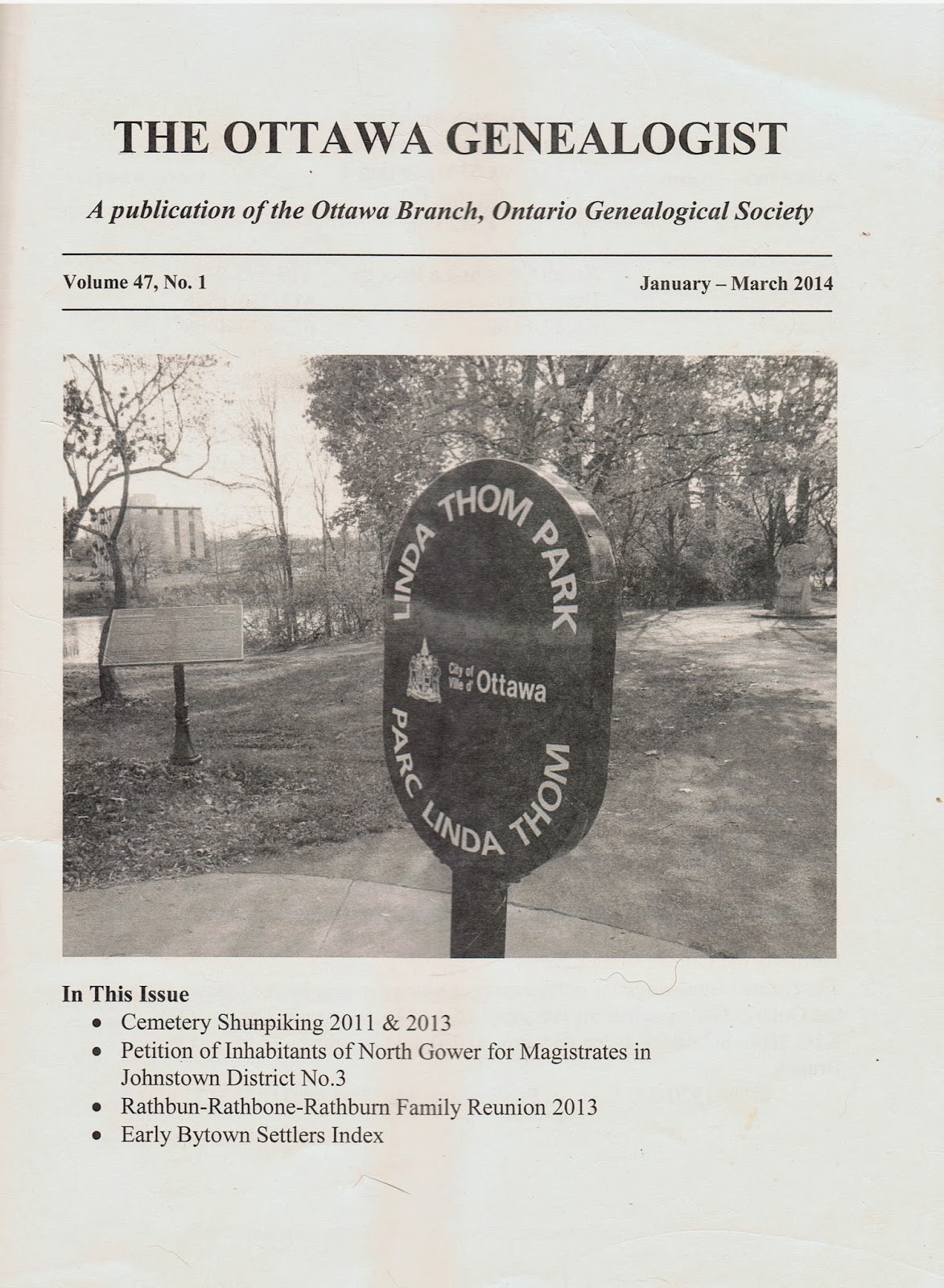 The most recent edition of The Ottawa Genealogist has just been released, having received my copy in the mail the other day. It is the newsletter of the Ottawa Branch of the OGS.

Of the articles, George Neville submitted a list of names in his article, Petition of Inhabitants of North Gower for Magistrates in Johnstown District No. 3, in which the men of the township are asking that a magistrate be appointed. Meanwhile, Jim Stanzell provides readers with his Early Bytown Settlers Index, in which over 450 names are listed, and all surnames start with the letter ‘M’.

Gloria F. Tubman’s Question Answered, More Questions Posed outlines the questions posed by a previous article which showed the relationship between people from Bistrol Township and North Onslow Township in the Pontiac area of Quebec.


Edward Kipp has two articles in this newsletter, and they are – Cemetery Shunpiking 2011 & 2013 and Rathbun-Rathbone-Rathburn Family Reunion 2013.

In the first article, he takes us on a tour of the gravestones of his great-grandparents in New York, Massachusetts, and Connecticut.

And the second article, he and his wife, Elizabeth, go to Newport, Rhode Island for the latest family reunion of the Rathbun-Rathbone-Rathburn Family.

He always writes such interesting travel logs that are intertwined with family history. It keeps my interest throughout.

Plus, there’s lots of other interesting and informative stuff to read in this issue, as there is in the other issues.

This afternoon, my husband and I will be listening to the live streaming of the Branch’s regular monthly meeting – another plus for belonging to the Ontario Genealogical Society, and one of its many branches!

The website of the Ottawa Branch is http://ogsottawa.on.ca
Posted by Elizabeth Lapointe at 8:00 AM No comments: