For a look back at the ceremony on 06 June 2003 of the opening of Canada's Juno Beach Centre, please visit our website for the original post - http://www.genealogycanada.com/Juno%20Beach.htm
Posted by Elizabeth Lapointe at 8:54 PM No comments: 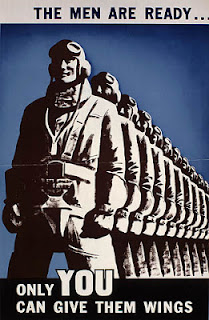 Today is the 69th Anniversary of D-Day – the Normandy Invasion on the northern beaches of France.

As the Prime Minister of Canada, Stephen Harper, said today in an official statement -

“The 109 vessels and 10,000 sailors of the Royal Canadian Navy helped keep the German fleet bottled up in ports, cleared mines across the English Channel, silenced enemy batteries on the shoreline, and carried Canadian troops and landing craft to the battle.

“Finally, the soldiers of the 3rd Canadian Infantry Division and 2nd Canadian Armoured Brigade through raw courage, grit and determination engaged in fierce combat on the beaches and in the small towns of Normandy helping smash the first line of German coastal defences.  In fact, by the evening of June 6, 1944, Canadian troops had progressed further inland than any of their Allies – a proud and remarkable accomplishment.

“The day took a heavy toll.  To secure victory on D-Day, 340 Canadians gave their lives, 574 were wounded and 47 taken prisoner.

“Let us pause on this day to recall and honour the noble sacrifices of these heroes who with other Allied forces turned the tide of the war, rid Europe of the Nazi scourge, and paid a price so that we and so many others might be able to enjoy peace and freedom with our families. While it is an impossible debt to repay, we honour their memory".

D-Day: Canada's role http://www.cbc.ca/news/dday CBC give a very comprehensive retelling of  Canada’s role in D-Day, with video, photos, and excellent timelines that you might find useful in writing family history.

Juno http://junobeach.stormpages.com A site which describes the Canadian participation of the 3rd Canadian Division which landed on Juno Beach.
Posted by Elizabeth Lapointe at 1:08 PM No comments:

Experience Aboriginal History Month at the Canadian Museum of Civilization

If you are planning to come to Ottawa during your summer vacation, stop by the Canadian Museum Of Civilization to take in their new Aboriginal exhibit - Indigenous and Urban.

Come see the new outdoor sculpture created by Mary Anne Barkhouse of the Nimpkish band, Kwakiutl First Nation for the Canadian Museum of Civilization. The sculpture of a life-size copper canoe and bronze wolf will be installed outside in the pond adjacent to the Grand Hall.

You can also walk through the six Native houses and explore the newly-redesigned First Peoples of the Northwest Coast exhibition. You can also see the brightly coloured ceiling mural by Dene Suline artist Alex Janvier  and Bill Reid's well known sculpture, The Spirit of the Haida Gwaii.

In addition, you can also visit the Grand Hall and the towering totem poles of the Northwest Coast. And you can continue on to the First Peoples Hall for an overview of the  history and culture of Native Peoples across Canada.

Join the people on June 27 at 5 p.m. for Indigenous and Urban, and see the new sculpture by acclaimed  Kwakiutl First Nation artist Mary Anne Barkhouse.

As the press release says “MAKE JUNE your month to connect with the songs and stories, history and present day of the Peoples who have inhabited this land for thousands of years”.

To see more about the museum, you can go to www.civilization.ca
Posted by Elizabeth Lapointe at 7:12 AM 1 comment: