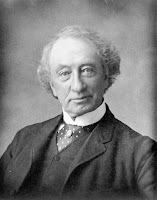 It is our first prime minister's birthday today (11 January), and there are many events which are taking place in Canada to celebrate the event.

Last year, when the 200th birthday was celebrated, the article was published called 6 Sir John A. Macdonald facts to mark his 200th birthday at http://www.cbc.ca/news/canada/kitchener-waterloo/6-sir-john-a-macdonald-facts-to-mark-his-200th-birthday-1.2895312 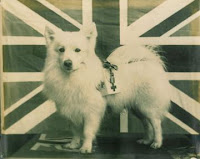 A small white dog called Muggins raised money for the Red Cross in Victoria, British Columbia, during the First World War. The dog collected a remarkable $21,000 in donations during the war.

McManus, a retired Winnipeg nurse, set out with her camera in June 2014 to take one nice photo of an old grain elevator for a photo contest she wanted to enter.

Members of the heritage trust appeared before council in October asking for several months so it could raise the money and in-kind donations required to restore the building that has been left to the elements over 20 years.

The Buckley tradition: A family history in photos

It is rare these days to find a family continuing in the same line of business as their forefathers. There are the occasional merchants that pass down the family business but with the wide world calling, most families spread out and away from traditional occupations. But that is not the case for the Buckley – Corkum line with roots here in Guysborough.

A small town in Nova Scotia has come to an agreement over a dispute with the Windsor Hockey Heritage Society, which owns the copyright to the phrase "birthplace of hockey."

Inside the vault: Quebec's hidden artifacts

One of the largest and diverse collection of artifacts in the country is stored in a warehouse in an industrial park in Quebec City.

It's home to everything from relics of Montreal's former wax museum, to old snowmobiles.

An Ottawa historian has undertaken a mission to give proper burials to more than 40 Canadian soldiers killed at Vimy Ridge.

Norm Christie, an author and History Television host, says that on April 9, 1917, a unit of the Canadian Scottish regiment attacked across a field in northern France.

If you're looking for a drinking hole that feels like a cave, the new pub in the basement of the former Saint Brigid's church might be your kind of setting. The pub is located next to the Byward Market in Ottawa.

Louis Temporale runs his hand over a striking Art Deco scene carved into the south side of the Air Canada Centre. He's enraged as pebbles rain down.

The Manitoba government is marking the 100th anniversary of voting and political milestones for women with a series of special events and initiatives in January.

Apparently the Royal Canadian Mint wishes to produce a one dollar coin commemorating the 100th anniversary of female suffrage in Canada and it has been recently authorized by the Governor General.

Time may get better for Times Change(d) club

An effort to save an iconic Winnipeg cultural space and a building some say is loaded with historical significance now has a serious financial backer.

Fred Makowecki has been handed a piece of Alberta history, to mold, restore and be a part of.

Handed might not be the best description, as the sign on the Fairmont Palliser in downtown Calgary measures more than seven feet and weighs hundreds of pounds.

The Heritage Agricultural Society in Stony Plain has received a grant that will play a big part in getting restoration work started on the Multicultural Heritage Centre.

The Cranbrook History Centre is thrilled about the latest addition to their collection: the gears from the clock in downtown Cranbrook.

According to volunteer Dave Humphrey, the clock parts have quite a bit of history behind them.

Whose family history is it anyway? 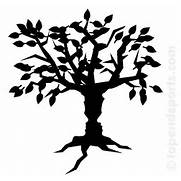 If you don't read anythimg else in the newspaper, you have to read this article in the Globe and Mail - Kate Taylor: In copyright law, who owns a family’s history?

In the article, she gives the short history of copyright infrigment in Canada, and its narrow interpution be the surpreme court in other cases, and it will remains to be seen if it will apply in this case.

The story behind the story is that the book, My Mother’s Secret, encroached on the story told in the documentary by American-Israeli journalist Judy Maltz, in which it documentated a family’s escape from the Nazis in the Second World War, called No. 4 Street of Our Lady.

So is the the book, written by Canadian author, Jenny Witterick, and her publisher - Penguin Random House Canada – which Maltz says have some parts of its plot and its central characters from the documentary a copyright infringement?

It is interestimg to note that Witterick self-published the book first as a fiction novel, and then Penguin Random House Canada published it as a non-fiction book under another title.

So the court case asks that question – is this a new and original book that has been “inspired by a story that is a matter of historical record”?

So what do you think? Is what happened to your family a matter of historical fact, or private events that just happened in their lives? What if you publish it? Does it become “historical fact?”

To read the whole article, go to http://www.theglobeandmail.com/arts/books-and-media/kate-taylor-when-it-comes-to-copyright-law-who-owns-a-familys-history/article28080773/

And we are starting to ramp up Family history in view that 2017 will be the 150th birthday of Canada.

And we see that other people are starting to get into the swing of things this year, like the Yorkton branch of the Saskatchewan Genealogical Society will be holding their next meeting on Tuesday, January 12, 2016 at 7:00 PM at the Yorkton Public Library.

In a program called Fast Forward to the Past - Discover the joy of geneology this year, the yorktown branch is willing and able to help you start your genealogy, and make 2016 the year of discovery for your family!

If you want more information as to how to start your own genealogy, go to https://sgsyorktonchapter.wordpress.com/

And that was the week in Canadian news!
Posted by Elizabeth Lapointe at 12:30 AM 1 comment: