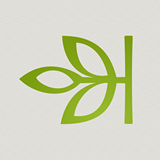 This press release was just received -

When coupled with Ancestry’s database of more than 16 billion historical records, AncestryDNA will enable family history enthusiasts and novices alike to discover even more about their own past, including the ability to find entire new cousin matches around the world.

“Historical records on Ancestry.ca provide an insight into one’s recent past, but usually go around 200-300 years, so it’s incredibly exciting to be able to offer DNA testing that takes your family history experience back many hundreds and even thousands of years,” said Christopher Labrecque, Country Manager for Ancestry Canada. “AncestryDNA enables users to learn more than ever about where they came from and discover new family lines and relatives. It really is the ultimate family history experience.”

AncestryDNA details the breakdown of one’s ethnic origins, predicting the likely locations of a person’s ancestors across 26 worldwide populations, providing a glimpse into one’s ancestral past that goes back to a time before historical records began to be kept.

The service also introduces users to new family members through DNA member matches which identifies unknown relatives pulled from more than 850,000 people who have previously taken the test. Many users can expect to be connected with 3rd and 4th cousins, allowing them to further grow their family trees and discover family members they may not have known existed.

The test uses microarray-based autosomal DNA testing to look at more than 700,000 locations across an individual’s entire genome through a simple saliva sample. The AncestryDNA approach provides a much more detailed look at one’s family history than other existing Y-chromosome and mitochondrial DNA tests that only look at specific branches of a person’s family tree.

AncestryDNA kits are now available for purchase for $149 plus shipping at http://dna.ancestry.ca/


Posted by Elizabeth Lapointe at 8:28 AM No comments:

Are your ancestors from Sweden? 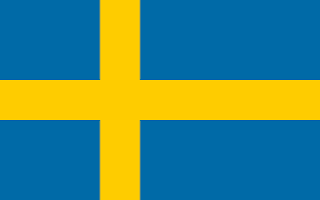 Do you want to know who your first Swedish ancestor was and when he or she left Sweden and arrived in Canada? Are you curious about your Swedish origins?

If so, on the Library and Archives Canada (LAC) website, there is a great place to begin your research. Here you will find a page dedicated to genealogical research on http://www.bac-lac.gc.ca/eng/discover/immigration/history-ethnic-cultural/Pages/swedish.aspx

This page provides you with historical information, archival documents and published material from the Library and Archives Canada collection, as well as links to other websites and institutions.

If your ancestor came to Canada between 1865 and 1935, you might find his or her name on the http://www.bac-lac.gc.ca/eng/discover/immigration/immigration-records/passenger-lists/Pages/introduction.aspx

Additionally, I listened to Dear Myrt’s Wacky Wednesday last week and she talked to Jason Olsen from MyHeritage.com about Swedish Lutheran Church Records. This is a census substitute called the Household Examination Books.


If you missed this week’s edition, it is at http://genealogycanada.blogspot.com/2015/06/canadian-week-in-review-cwr-08-june-2014.html

It has been a regular post every Monday morning since April 23, 2012.
Posted by Elizabeth Lapointe at 5:22 AM No comments: