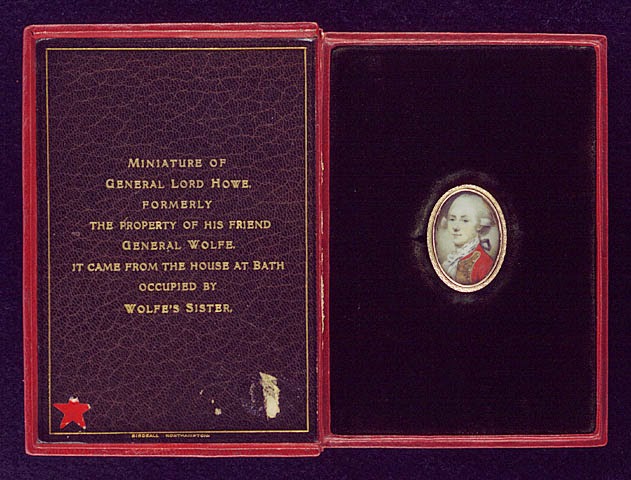 Credit: Library and Archives Canada, Acc. No. 1986-19-1
Fort Howe in New Brunswick, during the American Revolution, experienced continuous pressure from American forces including attacks on the colony and its inhabitants.

After the signing of the Treaty of Paris in 1783, which ended the war between Britain and the United States, there were calls from both the citizens of Saint John and incoming loyalists for better protection of the area, and the existing and damaged fort was replaced by Fort Howe.

Sir William Howe, replaced General Thomas Gage as Commander-in-Chief of British North America, 1775-1778. He was present at the sieges of Louisbourg, Quebec and Montreal, and he defeated the American rebel forces in Fort Washington, Fort Lee, Brandywine and Gemantown before his resignation in 1778.