Black Ribbon Day in Canada
http://www.blackribbonday.org
In November 2009, the Canadian parliament passed a resolution declaring August 23rd as Black Ribbon Day, an annual day of remembrance for the victims of Communism and Nazism in Europe.

In 1541, French explorer Jacques Cartier landed near Quebec City in his third voyage to the New World.

Read about Jacques Cartier at http://www.thecanadianencyclopedia.ca/en/article/jacques-cartier/

In 1957, Saskatchewan was the first province to complete its section of the Trans-Canada Highway.

Read the history of Regina at http://en.wikipedia.org/wiki/History_of_Regina,_Saskatchewan

(Video) The First World War: Excerpts from the diary of Woodman Leonard

(Video) Prince Edward Island Potato Board launches video series
http://www.theguardian.pe.ca/News/Local/2014-08-20/article-3841600/Prince-Edward-Island-Potato-Board-launches-video-series/1
The PEI Potato Board is sharing the History of the P.E.I. Potato Industry with the Next Generation centrepiece of five-video series.

(Photos) Historic Thunder Bay buildings rendered in Lego
Kieran Marcus and his Lego creations inspire an exhibit at the Thunder Bay museum
http://www.cbc.ca/news/canada/thunder-bay/historic-thunder-bay-buildings-rendered-in-lego-1.2742006
The Thunder Bay museum's "City Beautiful" exhibit highlights amazing local architecture. But the inspiration for the exhibit is equally amazing, and they are made of Lego.

Remembering a sad part of Canadian history
http://www.cumberlandnewsnow.com/News/Local/2014-08-18/article-3838924/Remembering-a-sad-part-of-Canadian-history/1
A commemorative plaque was laid at Cumberland County Museum on Friday as the first of 100 locations across Canada where the internment of Ukrainian and other enemy aliens during World War One happened a century ago.


Prince Edward Island, Canada: where the seeds of a nation were sown
http://www.telegraph.co.uk/travel/destinations/northamerica/canada/11050549/Prince-Edward-Island-Canada-where-the-seeds-of-a-nation-were-sown.html
Read a short history of PEI as the birthplace of Canada.

http://www.niagaraadvance.ca/2014/08/22/dark-period-in-canadas-history
Nikola Yerich of Niagara Falls, and thousands of others who came from certain European countries, ended up in Canada’s first internment camps during the time of the First World War.

The perilous history of Canada’s Ross rifle
http://globalnews.ca/news/1511892/the-perilous-history-of-canadas-ross-rifle
Read about the history of the Ross Rifle, that notorious firearm that was used by Canadian troops at the start of the First World War.

Canadian War Museum welcomes your donated artifacts, but can’t take everything
http://ww1.canada.com/after-the-war/canadian-war-museum-welcomes-your-donated-artifacts-but-cant-take-everything
You should call the museum first to see if they can accept your donation first before you sent the article to the museum in Ottawa.

Local historian reveals region’s stories, myths and secrets
http://www.therecord.com/news-story/4765187-local-historian-uncovers-region-in-college-course
Joanna Rickert-Hall, a local cultural and social historian, has been successful in having the Conestoga College in Kitchener to have a course on local history. It is called History of Waterloo Region 1 & 2.

Alberta's African Americans and the cowboy maverick honoured in John Ware Reimagined
http://www.calgarysun.com/2014/08/19/albertas-african-americans-and-the-cowboy-maverick-honoured-in-john-ware-reimagined
There is a new play about John Ware, the former American slave who helped establish ranching in Alberta, and whose own skills at steer wrestling made it a popular event at the Calgary Stampede.

Park actor to retell Alberta history
http://www.sherwoodparknews.com/2014/08/21/park-actor-to-retell-alberta-history
A Sherwood Park-born actor will be starring in a play that showcases the life of the first black cowboy in Alberta.

Queen’s Park Stadium has significant heritage value
http://www.royalcityrecord.com/opinion/your-letters/queen-s-park-stadium-has-significant-heritage-value-1.1319803#sthash.JIhDAVL9.dpuf
In a letter to the editor, a reader of the Royal City Record says that he thinks that Queen’s Park Stadium should receive Heritage Status.

BC ghost town for sale Bradian can be yours for $995,000
http://www.news1130.com/2014/08/20/bc-ghost-town-for-sale/
This town is for sale!
It is located next to where the gold rush took more than four million ounces of gold and 1.2 million ounces of silver from the Bralorne mine before it closed in 1971. 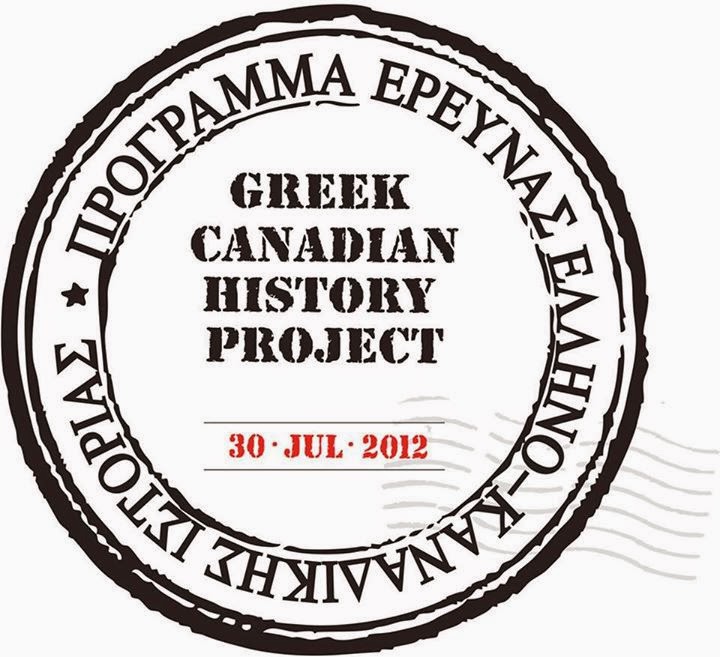 The Greek Canadian History Project (GCHP) is an archival initiative that seeks to preserve the knowledge, memory, and experiences of Canada’s Greek immigrants and their descendants.

They recently held an exhibit at Toronto City Hall called Memory and Migration: A History of Greek Immigrants in Toronto, 1864-2014.

The Greek Canadian History Project is still seeking collections. If you have any questions or would like more information on how you can contribute materials to the archive project, please do not hesitate to contact them Sakis Gekas at agekas@yorku.ca or Christopher Grafos at cgrafos@yorku.ca

They are looking collections of papers, diaries, photographs, books, pamphlets, audio, video, and other materials that will be valuable for research of the Greek-Canadian past.

The archives are at York University at http://archives.library.yorku.ca/exhibits/show/gchp

To read more about Greek immigration to Canada, go to http://www.thecanadianencyclopedia.ca/en/article/greeks/