Give a VIMY for Vimy Campaign 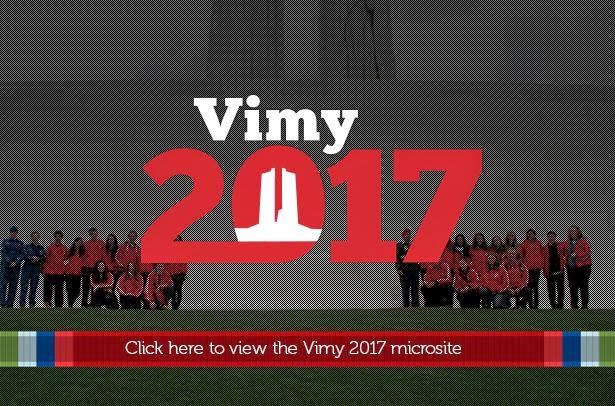 The 100th anniversary of the Canadian victory at the Battle of Vimy Ridge in France will take place in 2017.
A foundation called The Vimy Foundation was started in 2006 to honor the remembrance of the battle. They have been involved in producing education resources for thousands of teachers and schools across Canada and been involved in more than 10,000 student ‘pilgrimages’ to Vimy. They also have plans to build a state- of-the-art Education Centre to be unveiled in France on April 9, 2017 on the grounds adjacent to the Canadian National Vimy Memorial.
The Government of Canada has committed $5 million to the project, but The Vimy Foundation is committed to match that commitment through the generosity of Canadians, and they have come up with a rather unique was that this can be accomplished.
The back of a $20.00 dollar bill has an image of the towering Vimy Ridge battlefield memorial in France, so the foundation is asking Canadians to donate $20 to the VIMY for Vimy Campaign.
In exchange for your donation, you will receive a Vimy Pin and your name will be added to the list of Vimy 2017 supporters.
To go to their site, please click https://vimyfoundation.ca/vimy2017
Posted by Elizabeth Lapointe at 12:30 AM No comments: