Today, it is known as the Fundy City, and be sure to read about the city's firsts. It is quite astounding for a city, today's population of about 70,000.

If you would like to learn more, go to https://en.wikipedia.org/wiki/Saint_John,_New_Brunswick 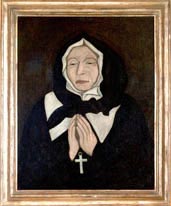 In 1658, Montreal's first school, the Ville-Marie School, was opened in a stable.

Governor Paul de Chomedey de Maisonneuve ceded to Marguerite Bourgeoys, and commissioned an abandoned stable to build the first school in Ville-Marie for the dozen or so school-aged children in the colony.

To read about the school, go to http://www.archivesvirtuelles-cnd.org/en/node/2895

Sharpen your pencil crayons — an Ottawa-themed colouring book featuring drawings from local artists is coming in the capital.

Jason Cobill and Maxime Gauthier-Kwan were awarded a $1,000 Awesome Ottawa grant for their Ottawa in Colour project that reflects life in the capital.

In-class Gaelic program to be offered

Baile nan Gàidheal/Highland Village will offer an in-class Gaelic program for students from May 16-19, to celebrate Gaelic Awareness Month.

Cornwallis founded Halifax in 1749. Later that year, he issued a bounty on the scalps of Mi'kmaq men, women and children.

Demolition of a large home called the Cleveland Estate — also known as the wedding cake house — on Young Avenue in Halifax is temporarily on hold after an occupational health and safety officer discovered safety issues at the site.

JOY OF GENEALOGY: The family Bible is a great place to research your family tree

Old bibles may contain the trilogy of family records: births, marriages and deaths. Perhaps even more. Maybe an elusive maiden name is listed in the marriage records or a baptism is recorded for a child you didn’t know existed.

Mark Williams can finally sit back and take in the life-size statue of Chief Tecumseh in his garage art studio.

Standing almost three metres high, there is plenty of detail to look at with the statue carved out of clay and Styrofoam over the past six months. Williams now has the delicate task of cutting the statue into pieces so it can be sent off to be bronzed.

Nearly 500 people recently gathered for the inaugural Canadian Black History Summit held in a meetinghouse of The Church of Jesus Christ of Latter-day Saints in Toronto, Ontario, Canada. The free conference, held April 16, 2016, was co-hosted by the nonprofit FamilySearch International (the genealogical arm of the Church) and the Ontario Black History Society.

Families of the Kawarthas: The Batten Family

Richard Batten came to Canada and died 1833 Mar 30, intestate (no will). His younger brother, William of Dummer, requested admon as the only relative in Upper Canada (admon is the legal permission to administer an intestate estate).

I would have been more engaged in history class if my teachers included more about how our city evolved, but for whatever reason there was little discussion about local past events.

Winnipeg’s roots are quite entertaining — just ask Matt Carreau, who has been organizer of Jane’s Walk the past six years.

The Manitoba Curling Hall of Fame and Museum (MCHFM) announced during its annual hall of fame induction ceremony on May 1 that it has begun developing an online display of its vast collection of curling artefacts.

The decision to migrate the archives into a digital space follows the museum’s display spaces at The Forks and later the Bay downtown being lost.

Oral history projects help bring the past to life through the voices of people who lived at the time. Members of the University of Lethbridge’s Centre for Oral History and Tradition (COHT), in partnership with the Galt Museum and Archives, are offering their expertise as oral historians to help southern Albertans make their projects a reality

Further recollections of the historical society

In last week’s Living History article, we had a look back at some of the chronicles of the Pincher Creek and District Historical Society. This year, 2016, marks the half-century celebrations of this agency which operates the Kootenai Brown Pioneer Village so it seems fitting to take a look back at some of its own history.

Have you completed your census yet?

That has been the question on Canadian minds this week as our census has been distributed across Canada. The people have responded with unbounded joy when they filled it out, especially when they received the long-form census this week.

In fact, the StatsCan website confirms to CBC News that service to census was interrupted for 45 minutes this week. That is unheard of – especially for the county's census.

Genealogists has ticked off the box which say that they want their census information to be made public in 92 years, so we have made our wished made.

You have until May 10th to send it in.

As we approach the Ontario Genealogical Society's conference next month, the US NGS 2016 had their conference at Fort Lauderdale this week, and Christine Woodcock, the well-known Canadian blogger, posted Poor Turn Out at NGS 2016 was quite surprised that a low number had attended.

She asks why attendance was so light. But I think all attendance at conference is low since the early 2000's. It has been in the OGS, as well as attendance in the membership, year by year.

The reason for that? There are many reasons – the rise of Webinars, Goggle+ Hangouts, Live Streaming of certain lectures, the rise of look-ups on the Internet by hobby genealogists, the rise of DNA which lead the hobby genealogists to think that they have their solve genealogy; whereas, they may have not and they give up, the causes are many – often too numerous to delineate. But it all goes back to the rise of the Internet, and people have to put parts of their genealogy on the Net for free, and people can't see the advantage of going to conferences.