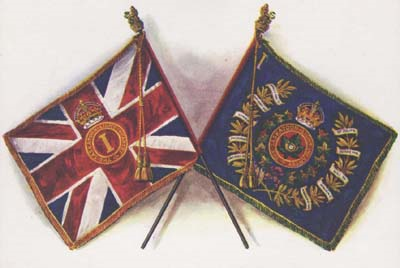 Secreted away at the University of Saskatchewan is a rare collection of the Second World War Diaries of the Saskatoon Light Infantry! And they have a Search Name Index at http://scaa.sk.ca/gallery/sli/search.php. What a find!

Once again, you have to drill way down in their Digital Project before you discover this, because they only have the Saskatoon Light Infantry as the title, and you may overlook this resource.

But once you go to the site, you will be astounded by what you will find there, which includes -

Summaries and Highlights from January 1940 and July 1941

The names of the officers, and other ranks

So this might be just the resource you have been looking for to complete the history of a veteran in the Second World War.

When you drill down, past the Online Services section of the Archives of Manitoba, you will find yourself at maps. And guess what is there/ The Historical Highway Maps of Manitoba!

Here is part of what they say -

‘The vast ancient migrating herds of bison and other wildlife carved the earliest paths into the rolling prairie landscape, following the ingrained instincts of uncounted centuries. These trails, along with the rivers and streams, soon became the routes of the first Aboriginal peoples, later European explorers, adventurous fur traders and pioneering settlers as they spread across the countryside in the discovery of an unknown world.

The foot worn paths and rutted dirt trails have evolved into the modern network of roads, highways and bridges that bring our neighbours- and the world- to our doorstep every day. From only 700 miles of trails at the birth of Manitoba in 1870, the highway network is now a 19,000 kilometres in length’.

The maps start is the 1920s, and they go right through to the 2000s, and all are downloadable from the site which is at http://www.gov.mb.ca/mit/maparchive/index.html

So has this site helped you to bring your immigrant ancestors closer to their home? Does it help to explain part of the reason why they settled in a particular part of the province?