This Week in Canadian History

In 1930, uranium was discovered in a mine in Ontario. The mine was to produce fuel for the atom bombs dropped on Hiroshima and Nagasaki during the Second World War. The province’s uranium mines were closed by the late 1990s, mainly for economic reasons.

Nova Scotia history explained in 50 objects
http://www.cbc.ca/news/canada/nova-scotia/nova-scotia-history-explained-in-50-objects-1.3062189
A single red clay brick got Joan Dawson thinking that maybe she could write a book about Nova Scotia, in the style of Neil MacGregor's History Of The World In 100 Objects.
Prince Edward Island

West Quebec steam train to run to Montebello, not Wakefield
http://www.cbc.ca/news/canada/ottawa/west-quebec-steam-train-to-run-to-montebello-not-wakefield-1.3063924
The historic Wakefield steam train that's been offline for the past four years could be back on the rails by 2017, but its new route likely won't take it through the town that made it famous.
The Compagnie de Chemin de Fer de l'Outaouais, or CCFO — the corporation managed by the municipalities of Gatineau, Chelsea, and La Pêche that oversees the train — decided Wednesday.

GENEALOGY WITH JANICE: The web makes it easy to search family history records
http://www.insidetoronto.com/news-story/5602105-genealogy-with-janice-the-web-makes-it-easy-to-search-family-history-records/
"When I started researching my family history it was a tediously slow process because NOTHING was online or even indexed! If I was lucky, the records were on microfilm and I could read them at the library using the hand crank on the reader to go from page to page. It was exercise."

Stattue for Flanders Field poet
http://www.ottawasun.com/2015/05/03/statue-for-flanders-field-poet
On the 100th anniversary of the creation of his great poem In Flanders Fields, a statue of John McCrae was unveiled at Green Island Park.

Fundraiser for black church unites community
http://www.thestar.com/news/gta/2015/05/03/fundraiser-for-black-church-unites-community.html
An online fundraising campaign for the township of Oro-Medonte launched in February during Black History Month has brought in $79,000 in donations like these, many from people with connections to the church long buried in the past.
If you would like to contribute, go to the site The Journey to Freedom at  http://www.gofundme.com/oroafricanchurch

19th century schooner found at Toronto's Queen's Wharf
http://www.cbc.ca/news/canada/toronto/19th-century-schooner-found-at-toronto-s-queen-s-wharf-1.3065646
The remains of a 19th century schooner have been uncovered near Toronto's waterfront.
The ship, which could date back to as early as the 1830s, is incomplete, with only the keel, the lowermost portions of the stern and bow and a limited section of the bottom of the hull on the port side intact.

Family eager to share stories of South Asian pioneers with all Canadians
http://www.hindustantimes.com/chandigarh/family-eager-to-share-stories-of-south-asian-pioneers-with-all-canadians/article1-1343258.aspx
The 100 Year Journey celebrates contributions of 100 pioneers and commemorates the arrival of the Komagata Maru in Burrard Inlet on May 23, 1914.
Some of these pioneer stories will be published on Vancouver www.Desi.com through the month of May

Do you know your Japanese-Canadian history?
http://www.straight.com/blogra/443836/do-you-know-your-japanese-canadian-history
To a lot of people who weren’t alive during World War II, the war is something that happened “over there”. But even Canadians who stayed in North America experienced the war, and Japanese-Canadians had a particularly brutal time of it.

This summer, visit one of the Ontario Heritage Trust's seasonal museums and learn more about the history of our province. Located across the province, each of these museums brings Ontario's story to life through the experiences of ordinary and extraordinary people from our past.

Visit this National Historic Site and see how pharmacists practiced their profession 150 years ago, with rows of patent medicines and "miracle cure-alls" for everything from hair loss to tuberculosis.

Open daily and on weekends from Labour Day to Thanksgiving.

Come for tea at this opulent mansion and National Historic Site overlooking the St. Lawrence River and experience how a millionaire entrepreneur and his family lived in the early 1900s. The seasonal tea room offers treats and refreshments; the museum is open year-round. 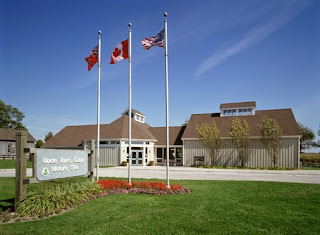 Discover Josiah Henson, an abolitionist minister who escaped slavery and overcame unbelievable odds to find freedom and establish communities in Canada. The annual Emancipation Day celebration – a highlight of the season – takes place on Saturday, August 1. 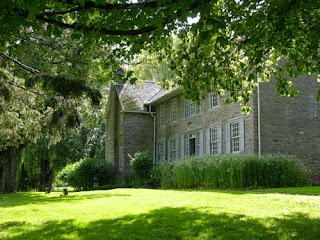 Explore one of the oldest houses in Ontario where generations of the Jones family lived, including a descendant who developed an internationally-renowned variety of apple. Bring the children to this National Historic Site for the annual Family Day celebration on Sunday, July 26. 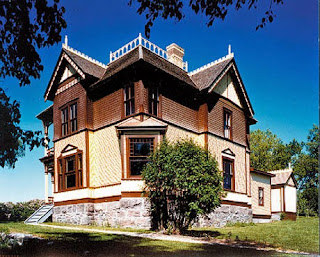 Step into the house built by John Mather, an enterprising businessman who formed the Keewatin Lumbering and Manufacturing Company in the late 1800s. It was one of three nearly identical houses built for his employees. Operated by the Lake of the Woods Historical Society.

Visit the former home of John Macdonell, a fur trader with the North West Company in the early 1800s, who sponsored construction of the first steamboat on the Ottawa River. This National Historic Site is newly reopened after significant conservation work, and features new displays.