This Week in Canadian History
Superman - Man of Steel

On 16 January 1939, Joe Shuster from Toronto publishes his first self-titled Superman comic strip - the Man of Steel had been a character in Action Comics. New York. New York.

The "man of steel" hid his extraordinary strength, speed, and superhuman powers under the self-effacing guise of the weak and clumsy Clark Kent. 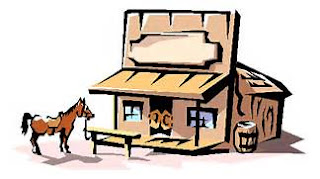 Lorne Greene, the Canadian actor from my adapted hometown, Ottawa, starred as the lead in Bonanza, a TV series set on the Ponderosa Ranch in Nevada.

He played family patriarch and three-time widower Ben Cartwright, with his three sons (each by a different mother, by the way – and this would be of interest to genealogists) - Adam (Pernell Roberts), Hoss (Dan Blocker) and Little Joe (Michael Landon).

For more information, go to https://en.wikipedia.org/wiki/Lorne_Greene

When most people think of Gander, they think of planes. But when artist Clayton Hann is working on one of his watercolours, he looks past the planes, to the trains that made building the town possible.

Wolfville is commemorating war heroine Mona Parsons by erecting a bronze statue of her near the town’s post office.

Plans are being made to erect the statue of Parsons, created by Dutch sculptor Nistal Prem de Boer, on the anniversary of VE Day in May.

One of East Hants’ most prominent names in their history is the topic of John “Jack” Hawkins latest book.

“This book is a brief account of the life of Jabob Horne and some of his descendants, ” said Hawkins. ” Over the years I have been given records and information on Jacob and the early settlers. Mary Horne Knotling or Oregon has done a lot of research and passed it along to me.”

For 17 years, a plaque at the Halifax Explosion memorial site in Fort Needham park has told passersby about the disaster that rocked the port city on Dec. 6, 1917.

"Reversing her engines, Mont-Blanc went astern to pull out the deep gash in Imo's side," the plaque reads.

The trouble is that the plaque has the story wrong.

December marked the 150th anniversary of the first automobile arriving in Canada, before the country was even officially formed, a steam-powered carriage that was imported by Father George A. Belcourt.

A wee bit of a tiff is developing between P.E.I. and New Brunswick over which province planted the seed for Confederation.

A beauty pageant of the sea is coming to Quebec City, river
http://www.wral.com/a-beauty-pageant-of-the-sea-is-coming-to-quebec-city-river/16441673/

Residents may feel more nostalgic at this year’s Burlington Heritage Fair as the 2017 theme will celebrate Canada 150 and the history of sports in the city.

­Canada post has released five new stamps. The stamps show fascinating world heritage sites as named by UNESCO, so declared for their importance to world history and heritage

The community archives has had a record number of new historical documents flooding in.

Curious locals can now wander into the Community Archives of Belleville and Hastings County and unearth circa 1800s details about taxes paid and prisoner treatment.

Most Canadians who were around in the 1980s have vivid memories of the so-called Canadian Caper, an audacious rescue of six U.S. diplomats during the Iran hostage crisis.

Lt.-Gov. Janice Filmon is encouraging the public to nominate a worthy Manitoban who has provided prolonged and meritorious service in the preservation and promotion of Manitoba history for an award, presented in consultation with the Manitoba Historical Society.

Fascinating facts and intriguing stories about Okotoks’ unique history will fill the Okotoks Museum and Archives in a year-long devotion to a Canadian milestone.

In celebration of Canada’s 150th birthday, the museum is displaying facts and stories that reflect numerous aspects of the community since the nation’s confederation in an exhibit entitled Our Place in History.

Six Alberta students were recognized Friday for their artwork showing 125 years of Ukrainian settlement in Canada.

This program offers one-time grants of up to $100,000 for; developing infrastructure to improve museum spaces and facilities; conserving historic places and heritage sites; building lasting legacies with projects that physically represent B.C.’s unique and diverse histories, culture and heritage such as exhibitions, public art or statues; and sharing history through projects that promote sharing of collections and expertise between the Royal B.C. Museum and the wider museum community.

Central Saanich heritage home to be moved for development

The first purpose-built affordable housing to come to Central Saanich since the 1960s will blend history and access, proponents say.

The project on West Saanich Road in Brentwood Bay will see a heritage home moved to make way for 40 affordable rental apartments and six for-purchase townhomes.

http://www.cbc.ca/news/canada/british-columbia/metlakatla-first-nation-1.3935980
Dozens of Metlakatla First Nation members are meeting in Prince Rupert, B.C. this weekend to find ways to preserve and pass down their culture, history and language.

Allowing future generations to connect with their roots as well as protecting sites of cultural significance will be the goals of a new cultural program from the Nation," said Metlakatla communications manager Shaun Thomas.

387,710 of 640,000 files are available online in the Personnel Records of the First World War database at Library and Archives Canada.

They say that the ' digitizing the service files systematically, from box 1 to box 10686, which roughly corresponds to alphabetical order. Please note that over the years, the content of some boxes has had to be moved and you might find that the file you want, with a surname that is supposed to have been digitized, is now located in another box that has not yet been digitized'

So far, they have digitized the following files - Latest box digitized: Box 6526 and last name Murray.

Please check the database regularly for new additions, and if you still have questions after checking the database, you may contact us directly at 1-866-578-7777 for more assistance.

For more information, go to http://www.bac-lac.gc.ca/eng/discover/military-heritage/first-world-war/Pages/introduction.aspx

A legacy carved in stone 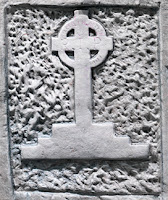 There is going to be an exhibit at the Museum of War which I will try to go and see, and it's the Preserved in Stone – Underground Art of the First World War. The exhibit will be on from October 17, 2016 – January 7, 2018 and it's right inside the lobby, so it's easy to get to right beside the front door.

In the shadow of the Vimy Memorial in France lies a Celtic cross carved in soft stone. Both are monuments to Canadian soldiers who died in the First World War. But while one looms solemnly over the French countryside, the other is hidden in a cave beneath a farmer’s field.

A Celtic Cross is a highlight of Preserved in Stone – Underground Art of the First World War. The exhibition of photographs and 3D reproductions of artwork and graffiti left behind by Canadian troops preparing for the Battle of Vimy Ridge in 1917.

And if you are coming to Ottawa during the Ontario Genealogical 2017 Conference, you can take advantage of the tours that are available, and one of the tours is of the Museum of War, so you can make reservations now at https://conference2017.ogs.ca/program/thursday-2/

Sponsored by Elizabeth Lapointe Research Services. To learn more about the research services offered by ELRS, go to www.elrs.biz The email is genealogyresearch@aol.com