In 1873, Winnipeg was incorporated as a city.
Read about the history of Winnipeg at http://www.winnipeg.ca/services/CityLife/HistoryOfWinnipeg/HistoricalProfile.stm

In 1880, a party of armed men murdered James Donnelly―as well as his wife, Johannah; his sons, Thomas and John; and his niece, Bridget Donnelly―in their farmhouse near the southwestern Ontario village of Lucan, near London, Ontario. Some say that the killings in Ontario were the result of a factional feud originating in County Tipperary, Ireland.
To read further about the Donnelly murders, read http://www.donnellys.com

And while we've had our share of cold temperatures in Ottawa this winter, the lowest recorded temperature in Canadian history occurred on 3 February, 1947 at Snag, Yukon, when it went down to -62.8º Celsius (-81.04º Farenheit).
See 10 Coldest Places In Canada at http://www.readersdigest.ca/holiday/christmas/travel/10-coldest-places-canada

The Olive Tree Genealogy
Congralutions to Lorine McGinnis Schulze on the 12th blogiversary of her The Olive Tree Genealogy blog at http://olivetreegenealogy.blogspot.com/2015/02/happy-12th-birthday-to-olive-tree.html.
I think she was the first Canadian to start a blog, and has kept at it now for the past 12 years.
Good job, Lorine! And now it’s on to your 13th birthday!

(Video) The Massey Murder: 100 years later, the tabloid tale still fascinates
http://www.cbc.ca/news/canada/the-massey-murder-100-years-later-the-tabloid-tale-still-fascinates-1.2944925
It was the trail of the century, and it took place in Toronto. It involved the shooting of Charles Bert Massey (of the Massey Ferguson farm equipment family) by Carrie Davies, the family maid.

African Heritage Month steeped in history – our history
http://www.cumberlandnewsnow.com/News/Local/2015-02-02/article-4029166/African-Heritage-Month-steeped-in-history-%26ndash%3B-our-history/1
African Heritage Month this year is themed “Social Justice, Roots of Progress,” and with it the province will turn to its own history, to the 1700s during an era of slavery within the province, as well as the Black Loyalists.

Halifax’s unsung wartime heroes: the Home Guard
http://thechronicleherald.ca/artslife/1266783-halifax%E2%80%99s-unsung-wartime-heroes-the-home-guard
They are the dozens of black men and women responsible for protecting a big chunk of Halifax’s core during the Second World War, when attacks from Canada’s enemies were not only feared but expected – it was called the Home Guard.

UNB's Toll of War project is 'propaganda,' historian says
http://www.cbc.ca/news/canada/new-brunswick/unb-s-toll-of-war-project-is-propaganda-historian-says-1.2940076
The Milton F. Gregg Centre received $488,155 in federal funding for a project to promote Victoria Cross recipients. Some say that the project, Toll of War, has a propaganda tone to it.

Getting to the 'root' of family history
http://www.mykawartha.com/opinion-story/5320277-getting-to-the-root-of-family-history
This is the first of a monthly series of articles on genealogy, written by members of the Kawartha Branch of the Ontario Genealogical Society. And the first columnist is the former Executive Director of the OGS – Dr. Fraser Dunford.

John Boyko: The best faces for Canadian banknotes
http://ottawacitizen.com/news/national/john-boyko-the-best-faces-for-canadian-banknotes
In support of an effort begun a year ago by Victoria’s Merna Forster to have more women, such as the Famous Five, on Canadian money, another person gives his opinion.

Quick lesson in Canadian black history
http://www.mjtimes.sk.ca/News/Local/2015-02-02/article-4029022/A-quick-lesson-in-Canadian-black-history/1
Black history in Canada dates back to 1605, when the first black person set foot on Canadian soil. His name was Mathiew Da Costa, a free man who was hired as a translator.

Ottawa is about to alter the physical and cultural landscape of the city by erecting two new moments within the downtown area this year.

One of them, the Memorial to Victims of Communism, has raised concern about the design of the memorial, which is to be placed between the Supreme Court of Canada building and the Library and Archives Canada. 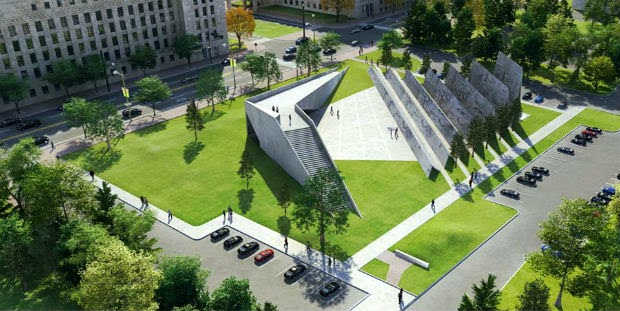 There is an editorial entitled, Move the memorial, which has appeared in the Ottawa Citizen this week at http://ottawacitizen.com/news/politics/editorial-move-the-memorial. It says, “Some quibble with the design, suggesting it’s little more than a boring, aesthetically displeasing pile of concrete flaps”.

Supporters say that Canada is a Land of Refuge, and that the monument will stand as a landmark in recognizing the role Canada has played in offering refuge to the millions that left behind torment and oppression for a new beginning in a free and democratic country.

So what do you think? This site was chosen because of its close proximity to the Supreme Court of Canada, the Peace Tower, Parliament Hill, and Library and Archives Canada.

The other monument is the National Holocaust Monument, called Landscape of Loss, Memory and Survival, to be built across from the Canadian War Museum, down the hill from the Library and Archives Canada.

Roughly 40,000 Holocaust survivors came to Canada from war-torn Europe during the late 1940s and early 1950s. That is a significant number of people, and Canada, it has been noted, is the last of the developed countries to put a such a monument in its capital city.

The website, http://holocaustmonument.ca, notes that the official inauguration of the main elements of the monument is scheduled for the fall of 2015.

To break up the winter in Canada, various committees are hard at work year-round to make sure that we have festivals to attend in February.

So, in addition to the renowned Carnaval de Québec in Quebec City http://carnaval.qc.ca (home of the famous toque- and sash-clad mascot, Bonhomme Carnaval), there is Ottawa's very own Winterlude http://www.ottawafestivals.ca/events/winterlude-2, another world-class winter festival, this one centered around the Rideau Canal, and taking place in both cities of Ottawa and Gatineau (across the Ottawa River, in the border province of Quebec, where it is known as Bal de Neige http://www.canada.pch.gc.ca/fra/1416239267950/1416239373076), which is quite fitting for one of the world's coldest capital cities.

Winterlude is known for its own mascots, the Ice Hog Family (for the Bal de Neige, it's « Les Glamottes », in French)

In St-Isidore, Alberta, their Comité culturel de St-Isidore will present the 33rd Carnaval St-Isidore, which is modeled after Québec City's own famous Carnaval. This year, it will take place from February 13 to 15, 2015. Their mascot is an owl. 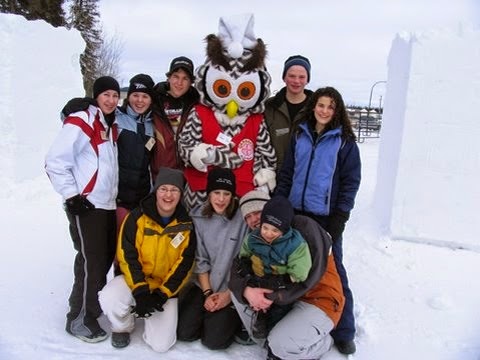 And to wrap it all up this week, the Royal Canada Mounted Police is looking for Canadian young people to name 10 puppies in their Name the Puppy 2015 Contest, To read the rules, visit http://www.cbc.ca/news/canada/calgary/name-the-puppy-2015-contest-launched-by-rcmp-1.294460 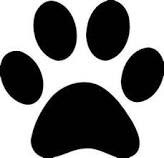 The 10 children whose names are chosen by the centre’s staff will each receive an 8×10-inch photo of the pup they named, a plush dog named Justice, and an RCMP cap.

The contest is open until March 3rd, and winners will be announced on April 8th.

Michael D. from Florida says “Ms. Elizabeth Lapointe is an experienced professional with a broad-based detailed knowledge of the available genealogical documentary resources, together with an understanding of the colonial and modern history, economy, and sociology of the French and English aspects of Canada. For a client, she is both a teacher and a guide into the field of genealogy."

If you do need assistance, visit my website, Elizabeth Lapointe Research Services, and see how I can help you find that elusive Canadian ancestor.

The next Canadian Week in Review will be posted 16 February 2015.
Posted by Elizabeth Lapointe at 2:44 AM No comments: