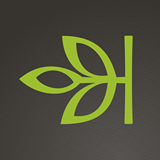 Ancestry.ca has released the results of a survey which shows a puzzling result – while 94% Canadians feels that knowing their family history is important, only 42% know where their grandparents were born. In light of this, Ancestry is offering free access to Canadian Passenger Lists until 11:59 October 23, 2014.

That causes genealogist to think, doesn’t it? Maybe it is part of the answer as to why there isn’t a great ground swell for Family History Month that I wrote about in last week’s Canadian Week in Review (CWR). If you haven’t my editorial yet, you can go to http://genealogycanada.blogspot.com/2014/10/canadian-week-in-review-13-october-2014.html

Canada may pride itself on being a nation built on immigration but according to a new survey from Ancestry, the world’s largest online family history resource, some of us know very little about our own family history – including where our ancestors originated from and when they first came to Canada.

In a survey of 1,025 Canadians*, Ancestry discovered that 47 per cent don’t know when their ancestors first arrived in Canada. This is despite the fact that 94 per cent feel that knowing one’s family history is important.

Additionally, the research revealed that 42 per cent of Canadians don’t know where their own grandparents were born.

“Immigration is one of the foundations of Canada, so it is surprising how many Canadians don’t know where their ancestors came from, or when they first arrived in the country,” said Lesley Anderson, family historian for Ancestry. “There are so many wonderful historical records available for people to discover their ancestors’ immigration stories, such as Passenger Lists or border crossings, that give you clues as to why your ancestors may have left their homelands or how they came to Canada. The stories you can discover about your forebears are often fascinating and can help to inform your own sense of identity.”

* Conducted in June 2014
Posted by Elizabeth Lapointe at 6:35 AM No comments: Links to this post