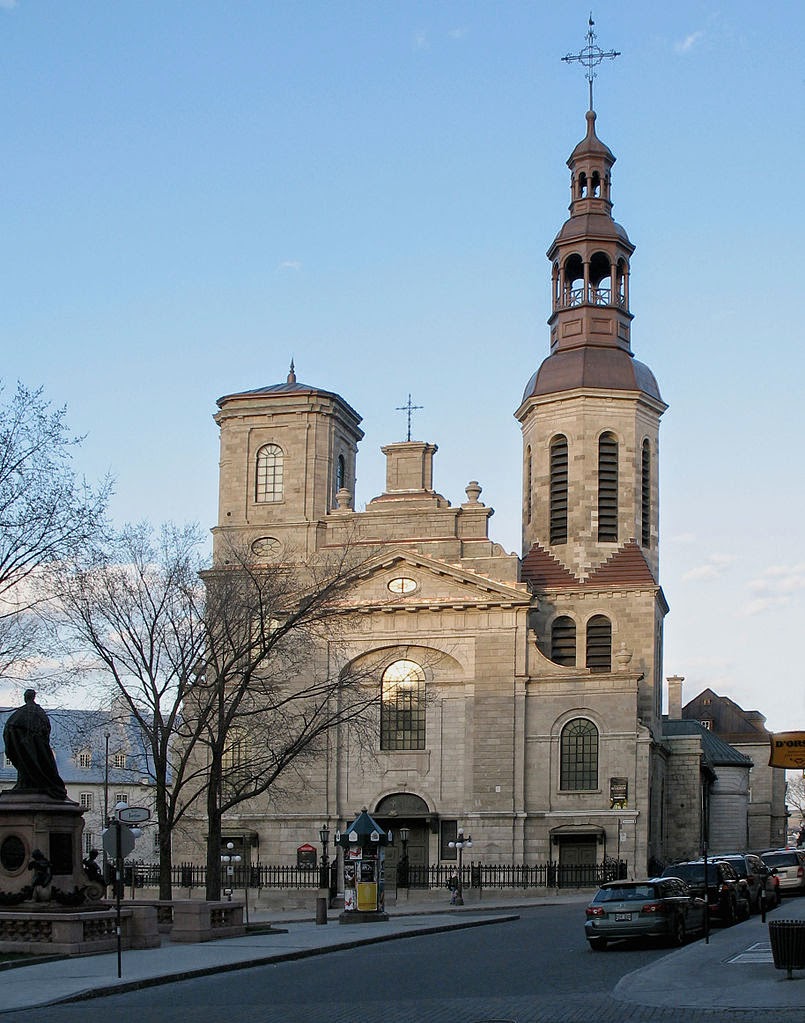 The year 2014 marks the 350th anniversary of the Notre-Dame de Québec parish, the oldest Catholic parish in North America, north of Mexico.

Monsignor François de Laval, who arrived in Québec City in 1659 as the vicar apostolic, signed the decree for the establishment of the parish on September 15, 1664, in honour of the “Immaculate Conception of the Blessed Virgin Mary.”

The church, located on the Cap-aux-Diamants promontory, was opened for worship in 1650. Over the years, it has undergone many alterations, including renovations, expansions and reconstructions.

The 350th anniversary is being celebrated in a special way with the opening of a Holy Door, a symbol of humility and a rare privilege granted by the Holy See. The Holy Door is the seventh in the world and the first in North America. It will remain open until December 28, 2014.

The history of the Holy Door is http://www.vatican.va/news_services/liturgy/documents/ns_lit_doc_14121999_porta-santa_en.html

To read about the history of the Notre-Dame de Québec Basilica, go to https://notredamedequebec.org/en/feasts-of-the-350th.

There is not a charge to enter; however, all offerings would be greatly appreciated.

Library and Archives Canada says in its blog that it has “historical records on the Notre-Dame de Québec parish, including many iconographic representations of the church in different eras. The Notre-Dame Catholic parish fonds (Québec City) contains baptismal, marriage and burial records, as well as various parish censuses conducted in 1744 and between 1792 and 1815”.

A description of the fonds is available at http://collectionscanada.gc.ca/pam_archives/index.php?fuseaction=genitem.displayItem&lang=eng&rec_nbr=98024

A news article appeared in the July 21, 2014 edition of the Canadian Week in Review (CWR) in a Maine newspaper which said that a pilgrimage is being planned to Québec City in October of this year.

The link is (go down the page until you get to Québec) http://genealogycanada.blogspot.com/2014/07/canadian-week-in-review-21-july-2014.html
Posted by Elizabeth Lapointe at 12:30 AM No comments: Links to this post