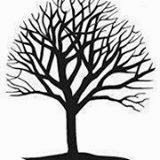 The Alberta Family Histories Society (AFHS) is having a busy pre-spring month of February.

You will learn how to find records, and what they can tell you about your ancestors. You will have time to search on AFHS computers, with individual assistance from the presenters.

There is also a DNA SIG ,which is becoming very popular.

To help spread the word, the first issue of Thermometer is onsite at http://www.afhs.ab.ca/docs/thermometer-jan-2015.pdf


Check the Canadian Week in Review every Monday morning for the latest in Genealogy, Heritage, and History news in Canada.

If you missed this week’s edition, it is at http://genealogycanada.blogspot.com/2015/01/canadian-week-in-review-19-january-2015.html
It’s the ONLY news blog of its kind in Canada!

It has been a regular post every Monday morning since April 23, 2012.
Posted by Elizabeth Lapointe at 2:30 PM No comments:

To my mind, there is nothing so interesting and educational as genealogy travel articles. Don’t you agree?

My imagination tends to wander through the settlements where the writer’s ancestors once lived, and I'm hard-pressed to find anyone better in writing these types of articles in Canada than Elizabeth Kipp, and her husband, Ed.

I think I have read every one of their travel pieces, and I wasn’t disappointed when I received the January-March 2015 edition of The Ottawa Genealogist (the journal of the Ottawa Branch of the Ontario Genealogical Society, of which Ed is the editor), and there was an article entitled, Visiting Some WW II and WW I Sites & etc.: French Elegance Tour of France 2014 by Elizabeth Kipp (with the assistance of Edward Kipp).

They went on a tour of France in May and June of 2014, and they were interested in finding more information about Elizabeth’s Richard le Blak (Blake) of Rouen, and Edward was interested in going to Île de Ré and Saint-Martin-de-Ré on the Île de Ré, where his Huguenot ancestors were from. And they were both interested in the First and Second World War battlefields and cemeteries.

She takes us through the tour of what they saw on a daily basis, starting and ending in Paris. They saw the Bayeux Tapestry, the beaches of Normandy, the Chateux of Chenonecu, and Saint-Martin-de-Ré, toward the end of their trip.

It was truly breathtaking, the places that they were able to see. Do you write your travel stories up so that you can share them with people at your local society?

I can hardly wait until their next article. I wonder where they will travel this year?


The website for the Ottawa Genealogical Society is at http://ogsottawa.on.ca/


Check the Canadian Week in Review every Monday morning for the latest in Genealogy, Heritage, and History news in Canada.