A press release was just received by this office -

Bluewater, Ontario - Please join the Municipality of Bluewater and the Huron County Library in celebrating the Grand Opening of the new Bayfield Library. This event will take place on Saturday, July 13, 2013, with ribbon cutting taking place at 11 AM.

The new library, located at 18 Main Street, was designed by Skinner & Skinner Architects, and build by D&G Construction. A large program room, comfortable reading space with a fireplace, and computer stations are features included to make this an inviting space for the community.

Friends of the Bayfield Library will be providing FREE hot dogs and refreshments during the day. They will also be unveiling their plans for a new reading garden for the library.

To go to their Facebook page, go to www.facebook.com/pages/Friends-of-Bayfield-Library/346776925360848
Posted by Elizabeth Lapointe at 1:27 PM No comments:

ISLANDS AND HIGHLANDS Concert in PEI 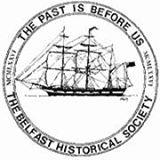 Join the Belfast Historical Society (BHS) and the Belfast community in celebrating the 210th anniversary of the 1803 landing of the Selkirk Settlers.

The group Dàimh (pronounced “Dive” in Gaelic) is coming from Scotland to Belfast's acoustically brilliant St. John’s Church for one night only.    Of late, BHS concerts at this venue have been consistently sold out.   To show Dàimh PEI's Scottish roots, attendees are encouraged to wear their kilts and tartans.

Dàimh are a 5 piece band based in Lochaber in the Highlands and Islands of Scotland; an area as much renowned for its scenic beauty as for its rich musical and cultural heritage. A long established favourite at folk festivals in Scotland, Ireland and across Europe, twice nominated for Folk Band of the Year at the Scots Traditional Music Awards, Dàimh are also regulars on BBC television.

Angus MacKenzie of Dàimh figured prominently on the Belfast Historical Society’s CD commissioned in 2003 to commemorate the 200th anniversary of the Selkirk Settlement. The CD entitled simply “The Island” was beautifully composed around the Selkirk story.    Copies will be available for $ 15 the night of the concert.

Advanced tickets for this very special concert are $ 20 and $ 22 at the door, and will be available from BHS President Hazel Davies by phone (905.659.2276) or from BHS Directors Donald and Doris MacDonald by email: dorism@pei.sympatico.ca  For details, photos, and updates of this -- and all of our events -- check the Belfast Historical Society Facebook page at www.facebook.com/pages/Belfast-Historical-Society/137470232958298
Posted by Elizabeth Lapointe at 6:43 AM No comments: