Jeannie M. Martin
http://www.literatureandgenealogy.com
Jeannie M. Matine is “tracing genealogy in Canadian literature” on her new blog, and is doing a fine job. She evens cites the works that she writes about. Excellent blog! (Reported by Gail Dever)

The Saskatchewan Virtual War Memorial
http://svwm.ca
Started in 2006, it is hoped that photographs of geo-memorial locations and/or plaques and grave location information will be added as well. The intent is to provide a rich source of information to honour our war dead.

Canadian War Museum completes collection of Saving Life at Sea medals awarded to Canadians in Halifax Explosion
http://ottawastart.com/story/23100.php
The Canadian War Museum is pleased to announce that it now possesses both Albert Medals for Saving Life at Sea awarded to Canadians in the Halifax Explosion of 1917. The medals testify to the devastation and consequent heroism that followed the wartime collision between the munitions carrier Mont-Blanc and the collier Imo in the city’s harbour.

Rewriting the pages of history Shelburne student corrects foggy account of war crime
http://www.orangeville.com/news-story/4476061-rewriting-the-pages-of-history
Learn how a student changed history by researching a soldier in their Second World War and discovering the story of how he been executed with six other soldiers near the small town of Mouen, France.

Twin Towns History - Growth of Channel
http://www.gulfnews.ca/News/Local/2014-04-21/article-3693534/Twin-Towns-History---Growth-of-Channel/1
Read the development of the towns of Channel and Port aux Basques in the mid-to-late 1800s.

A historical mystery solved: Historical society owns site marking Acacia Villa School
http://www.novanewsnow.com/Living/2014-04-18/article-3691714/A-historical-mystery-solved%3A-Historical-society-owns-site-marking-Acacia-Villa-School/1
There was a question (now answered) of who owned the site on which stands a cairn marking the Acacia Villa School in Hortonville, Nova Scotia.

Bringing culture and history to life
http://www.theaurora.ca/News/Local/2014-04-18/article-3693969/Bringing-culture-and-history-to-life/1
Grade 8 students from Labrador City and Churchill Falls showed off their blasts from the past at Menihek High School’s annual heritage fair, which took place Tuesday, April 15.

New head faces challenges at Library and Archives Canada
http://www.montrealgazette.com/news/head+appointed+Library+Archives+Canada/9752598/story.html
Do you think that the new head of the LAC faces challenges, or is it too soon to tell? He will take over in June of this year.

Fisheries museum in Lunenburg to reopen May 17
http://thechronicleherald.ca/novascotia/1200484-fisheries-museum-in-lunenburg-to-reopen-may-17
The Fishery Museum had been closed so that the foundation on the west end of the building could be stabilized. It will reopen May 17.

Bay Roberts shows off its First World War connections http://www.cbncompass.ca/News/Local/2014-04-22/article-3697653/Bay-Roberts-shows-off-its-First-World-War-connections/1
The Royal Canadian Legion in Bay Roberts was where people around the Trinity-Conception-Placentia region brought in pieces of history from the First World War.

Expert pieces together the fabric of Canadian history through quilting http://www.bramptonguardian.com/community-story/4479612-expert-pieces-together-the-fabric-of-canadian-history-through-quilting
Pauline Grondin, a professional storyteller, historical interpreter, and heritage performer, shared stories and anecdotes about the history of quilting at the monthly meeting of the Brampton Historical Society (BHS). 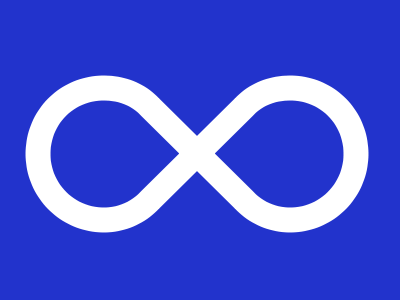 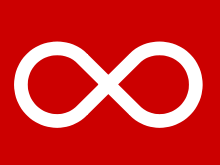 The Métis Flag was first used by Métis resistance fighters in Canada prior to the Battle of Seven Oakes in 1816. There are two versions of the flag - The blue flag is used to associate the Métis employees of the North West Company, while the red represents the Métis who worked for the Hudson's Bay Company.

Court of Appeal upholds landmark ruling on rights of Métis

The Métis who are of mixed heritage, were among Canada’s First People. They were documented in the 1600s as children born of the union between a European fisherman and his Native wife.

But it was not until the French-Canadian fur traders moved out west in 1700s and 1800s to the land known today as the Prairies, that the people became known as Western Métis.

On Thursday, the appeals court upheld part of the decision. It ruled that while Métis should remain Indians under the Constitution, extending that recognition to non-status Indians should be done on a case-by-case basis since it is a separate issue.

Canada’s First people
http://firstpeoplesofcanada.com/fp_metis/fp_metis1.html
This site provides a good, basic history of the Métis in Canada.

Reminder: Check the Canadian Week in Review next Monday for the latest in Genealogy, Heritage, and History news in Canada. It’s the ONLY news blog of its kind in country! The next post will be on May 5, 2014.
Posted by Elizabeth Lapointe at 12:30 AM No comments: