FamilySearch has updated the BillionGraves Index online at https://familysearch.org/search/collection/2026973

This collection can include:

This is an expansive family history database of records and images from the world's cemeteries, all tagged with GPS locations. They have Canadian cemeteries, so it deserves a look to see if your deceased ancestor is there.

Check the Canadian Week in Review (CWR) every Monday morning for the latest in Genealogy, Heritage, and History news in Canada.If you missed last week’s edition, it is
at http://genealogycanada.blogspot.com/2015/09/canadian-week-in-review-22-september.html
It’s the ONLY news blog of its kind in Canada!
Posted by Elizabeth Lapointe at 11:50 AM 1 comment: Links to this post 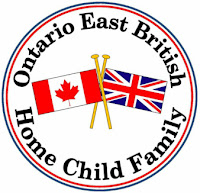 There will be lectures, displays, open mike sessions where participants can tell the story of their Home Child, along with other events. Everyone is welcome. Admission is by donation.

The morning program will repeat in the afternoon. There are on site lectures with side Cemetery tour to see the monument to the Fairknowe children buried in the Old Brockville Cemetery and an outside look at Farirknowe

The agenda is as follows -

So, if you are in the Brockville area, you are invited to go to the British Home Child Day.

The Ontario Genealogical Society (OGS) has a group called the British Home Children
and website at https://www.ogs.on.ca/bhc.php

The British Isles Family History Society of Greater Ottawa (BIFHSGO) has a Home Children site (complete with indexes) and is at is at http://www.bifhsgo.ca/cpage.php?pt=4

Check the Canadian Week in Review (CWR) every Monday morning for the latest in Genealogy, Heritage, and History news in Canada.If you missed last week’s edition, it is
at http://genealogycanada.blogspot.com/2015/09/canadian-week-in-review-22-september.html
It’s the ONLY news blog of its kind in Canada!
Posted by Elizabeth Lapointe at 6:38 AM 1 comment: Links to this post

I have come across the following Canadian genealogy, history and heritage websites, social media,
and newspaper articles this past week that were of interest to me, and I thought you might be
interested in them, too.

To read more about the Hamilton Public Library, go to
http://www.hpl.ca

The Haven of Hospitality is famous for many things: shipbuilding, William Hall and, of course, the
community s legendary baseball team, the Hantsport Shamrocks.

Brian Bishop, a longtime resident of the community, recently published a book called Barbershop
Baseball, which details the rich history of baseball in the region.

A 48-page report from Pinto Engineering has been presented to the government, and the news is not
good. Perkins House was built in 1766 by the diarist, merchant and privateer Simeon Perkins.

Most Nova Scotians are aware of our Scottish roots. But apparently many modern-day Scots don't
know very much about Nova Scotia.

A crew from the Glasgow bureau of STV is hoping to change that. They're in Nova Scotia shooting a
documentary

Members of the Ekuanitshit First Nation, a remote community 850 kilometres northeast of uebec
City, are in a desperate search for a discontinued blend of Salada tea they say they ust can't live
without.

About 700 Innu live in the tiny community on the province's Lower North Shore.

Alberta, with the longest section of the Trans Canada Trail in the country, needs $12.5 million to finish the j ob in time for Canada s 150th birthday, a group of prominent Edmontonians heard Tuesday.

The complicated, four-pronged route includes a northern leg to the Yukon and Northwest Territories,
west to Grande Prairie and into British Columbia and, in the south, through Banff National Park to
B.C., Deborah Apps, CEO of the Trans Canada Trail Association, told a group organized by
prominent Edmontonian Bob Westbury. 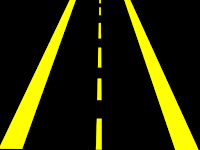 By now, you have heard of the city of Montreal which has
bulldozes archaeological the site of a 18th century tannery
village to make way for an interchange. The imterchage will
be at the intersection of St-Jacques and St-R mi Streets in
Ste-Henri,one of the oldest sections of the city.

Various groups had tried to stop the development, but to no
avail.

More than 150 boxes of artifacts have been dug from the site,
but it still doesn't replace the village, which could have been
very important to the city, seeing that it is coming up to the 375th anniversary of Montreal which
happens in 2017.

Do you ever get bored when working on genealogy? 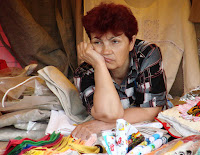 Randy Seaver, the American owner of the blog
Geneamusings, says he get bored from time to time, and
when he does, he has a tried and true way of getting himself
out of the doldrums.

In his post called Genea-Therapy - Finding More Seaver
Folks at http://www.geneamusings.com/2015/09/genea-
therapy-finding-more-seaver-folks.html, he says " My sure
cure for genea-boredom is to go exploring for information
about persons in my family tree, or to mine a database on
Ancestry, FamilySearch or MyHeritage so I can add content
and sources to persons in my tree".

As someone who sees this as a ob I have been in business since 2013 , rather than as a hobby, I
too suffer from the doldrums from time to time. And when I do, I echo some of Randy's solutions. I
check the Canadian websites, and Facebook to see if there is anything new I should be aware of.
There is always news to discover somewhere!

I set aside some time in my day so that I can listen to the latest webinars, or watch the latest Google
Hangouts on Air, or check my Google Alerts.

So there are lots of things that you can do. Even phone, or email a genealogy friend to see how
things are going. Or a short drive to your local repository. It all helps!
But the one thing that keeps me going and provides me with inspiration is that I am in the business of
helping people.

I help people find their Canadian ancestors those who emigrated from other
counties or migrated up here from the United States to find a better life. One thing that Canada had,
that emigrants wanted, was land and we had plenty of undeveloped land.
So excuse me while I return to work.

Check the Canadian Week in Review (CWR) every Monday morning for the latest in Genealogy, Heritage, and History news in Canada.If you missed last week’s edition, it is

at http://genealogycanada.blogspot.com/2015/09/i-have-come-across-following-canadian.html It’s the ONLY news blog of its kind in Canada!