I have come across the following Canadian genealogy, history and heritage websites, social media, and newspaper articles this past week that were of interest to me, and I thought you might be interested in them, too.
This Week in Canadian History
August 22, 1914: War Measures Act

The act was brought into action three times so far
• the First World War
• the Second World War
• the 1970 October Crisis
The Act suspended civil liberties, and took away personal freedom of the Ukrainians and other Europeans during Canada's first national internment operations of 1914–1920, and also during the Second World War's Japanese Canadian internment, and, of course, the October Crisis.
For more information, read http://www.thecanadianencyclopedia.ca/en/article/war-measures-act/

http://www.cbc.ca/news/canada/newfoundland-labrador/virtual-reality-newfoundland-1.3728635
You no longer need to be in Newfoundland to feel like you're here; virtual reality tours of the island are now available thanks to a local photographer.
Simply slide your phone into a virtual reality headset, put it over your eyes, and suddenly you're on top of Signal Hill.
Nova Scotia
History surfaces at Stellarton archeology site

http://thechronicleherald.ca/novascotia/1391460-history-surfaces-at-stellarton-archeology-site
A hundred budding archeologists are getting the dig of a lifetime while exploring Nova Scotia history.
The Museum of Industry in Stellarton will take a delicate trowel to the province’s first foundry site Sept. 10-11, and 100 lucky archeology buffs will get to be part of it, said museum director Debra McNabb.
Major cash for Annapolis Royal waterfront redevelopment project

http://www.novanewsnow.com/News/Local/2016-08-21/article-4620992/Major-cash-for-Annapolis-Royal-waterfront-redevelopment-project/1
A waterfront redevelopment project just got $657,078 in cash from three levels of government – and work could begin as early as this fall.
Last 19th century barn in Old Town Lunenburg faces demolition

http://www.cbc.ca/news/canada/nova-scotia/last-steps-halifax-waterfront-memorial-1.3738231
Dozens of boot prints are burned into a boardwalk, vivid black scars that form part of a new memorial honouring tens of thousands of soldiers who left from the port of Halifax to fight in the First World War.
New Brunswick
St. George's Anglican Church building no longer heritage property

http://www.cbc.ca/news/canada/new-brunswick/saint-john-church-heritage-1.3733717
The owners of the former St. George's Anglican Church building in Saint John will no longer have to follow heritage laws. City council removed its heritage designation at city council on Monday night.
N.B. village bids farewell to historic church due to safety concerns

http://atlantic.ctvnews.ca/n-b-village-bids-farewell-to-historic-church-due-to-safety-concerns-1.3039135
History has been forced to take a backseat to safety in Petitcodiac, N.B.
A historic wing of the Petitcodiac Baptist Church will be torn down over the next several days, leaving the church operational, but missing its signature steeple that has towered over the area for nearly 137 years.
N.B. full of good choices for World Heritage Sites, says historian

http://www.cbc.ca/news/canada/new-brunswick/world-heritage-sites-unesco-n-b-1.3729066
A former provincial archivist, Marion Beyea, says New Brunswick has several sites that could qualify for a UNESCO World Heritage Site.
For the first time in more than a decade, Ottawa is asking Canadians to nominate new sites.
Moncton company offers to buy St. Stephen

http://www.cbc.ca/news/canada/new-brunswick/heritage-development-town-hall-1.3732870
A Moncton-based real estate company, Heritage Development, has offered to buy the town of St. Stephen's town hall.
"We believe they are coming to the table so that they can save the building," said Allan MacEachern, mayor of St. Stephen.
Quebec
Quebec City's historic train station marks centennial
http://www.therecord.com/news-story/6823168-quebec-city-s-historic-train-station-marks-centennial/
Dignitaries marked the centennial of Quebec City's main train station, the Gare du Palais, lauding the building as an architectural icon with a rich history.
Ontario
School archives outgrowing space
http://www.brantfordexpositor.ca/2016/08/21/school-archives-outgrowing-space
Friends of the Educational Archives has been preserving the educational history of the area for more than 15 years, but now they're running out of room.
Archaeologists make 'thrilling' Ottawa rail history discovery near LRT line
http://www.cbc.ca/news/canada/ottawa/rail-turntable-bayview-station-lrt-excavated-1.3732809
As construction of Ottawa's $2.1-billion light rail network chugs along, archaeologists have unearthed a 145-year-old slice of rail history near Bayview station in the city's Hintonburg neighbourhood.
Manitoba
Saskatchewan Fast Forward to the Past - Archives site great genealogist tool
http://www.yorktonthisweek.com/opinion/columnists/fast-forward-to-the-past-archives-site-great-genealogist-tool-1.2325158#sthash.FJV7Lrq0.dpuf
Genealogists will enjoy visiting the Library and Archives Canada website (www.bac-lac.gc.ca) to further their genealogy journey.  Click on “online research” then scroll down the tab to click on “genealogy and family history”.  The page on “What To Do First” can get you started if you are just beginning your family research, but if you have started and are floundering a bit, go to the next topic which is called “Choose A Strategy”.
Saskatchewan
Shipwrecks and naval battles: a history of steamboats in Saskatchewan
http://www.cbc.ca/news/canada/saskatoon/steamboats-in-saskatchewan-1.3731688
Saskatchewan has a history of shipwrecks and naval battles that not many people know about.
"We owe that to the Hudson's Bay Company," historian Bill Waiser told CBC Radio's Saskatoon Morning.
Alberta
Granddaughter of J. R. Robson discovers her family history in Vermilion

http://globalnews.ca/news/2894517/alberta-womans-historic-diary-celebrates-early-homestead-life/
The trials and tribulations of homestead life in Alberta have come alive in the diary pages of one of the province’s early settler women.
Ranch site to host Alberta’s birthday party
http://www.highrivertimes.com/2016/08/22/ranch-site-to-host-albertas-birthday-party
Even as Alberta’s 111th birthday celebration takes place at Calgary’s historic Bow Valley Ranch on Sept. 1, one man hopes that storied date will one day be honoured in festivals province-wide.
Celebrating 30 years of history

http://www.nantonnews.com/2016/08/21/celebrating-30-years-of-history
The Bomber Command Museum of Canada celebrated its 30th anniversary last week, kicking off on Friday with a night engine run of the Lancaster bomber at 10 p.m.
There were approximately 100 people crowding the front lawn of the Bomber Command Museum to view the engine run.
Royal Alberta Museum marks construction completion

http://journalofcommerce.com/Projects/News/2016/8/Royal-Alberta-Museum-marks-construction-completion-1018053W/
Construction began on the $375.5-million facility in 2013. The province of Alberta provided $253 million and the Government of Canada provided $122.5 million.
The architect for the project is DIALOG. Ledcor Construction Ltd. is the general contractor, with civil engineering by Williams Engineering Canada.
North
First stop Ulukhaktok: Crystal Serenity cruise ship sails into N.W.T.

http://www.cbc.ca/news/canada/north/crystal-serenity-cruise-ulukhaktok-1.3736984
The weekend the community of Ulukhaktok, N.W.T., has been waiting for has arrived.
The Crystal Serenity cruise ship sailed into the hamlet of 400 people on Friday afternoon, bringing with it about 1,000 passengers and 600 crew. It's the largest cruise ship ever to sail through the Northwest Passage, having left Anchorage, Alaska, on Aug. 16 on its way to New York.
Canadian Stories this Week
Canada in a Day 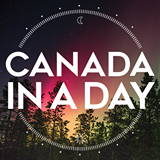 The CTV television station is sponering a day - 24 hours of September 10th - “ no matter where you are in the country, or in the world, grab your camera and film yourself, your friends and family, your life. Then come back and upload your video to this site at https://canadainaday.ca/.
You are asked to “Sign up for alerts so you won’t miss out on the countdown to September 10th, and the closing date for uploads and key dates and information. Plus, updates from award-winning director Trish Dolman as she collects your footage and creates the film for release on CTV in 2017”.
This will be a film that celebrates our country as it turns 150 years old.
So let's do it!
Their Facebook page is at https://www.facebook.com/canadainaday/
And that was the week in Canadian news!

This e-newspaper has been published since April 2012!
Be sure to tell your friends about us.
If you would like to subscribe, please send your email to genealogycanada@aol.com
Publishers Elizabeth and Mario Lapointe
Sponsored by Elizabeth Lapointe Research Services. To learn more about the research services offered by ELRS, go to www.elrs.biz
(c) 2016 All rights reserved.
Posted by Elizabeth Lapointe at 12:30 AM No comments: Links to this post